Georgia Woman Beat Elderly Relative and Killed the Victim by Strangling Her with the ‘Belt from Her Robe,’ Authorities Allege 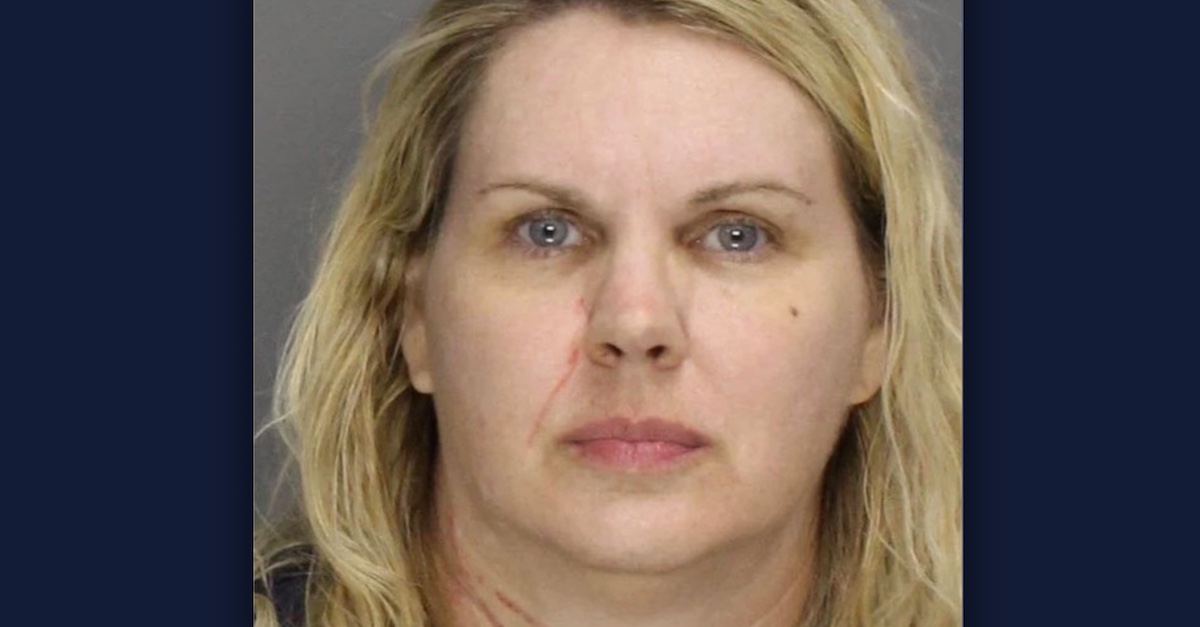 A 52-year-old Georgia woman is behind bars for allegedly beating and then killing one of her elderly female relatives by strangling her to death with the belt of her robe.

Gretchen Lynn Fortney was taken into custody on Friday and charged with several crimes, including one count of murder in the commission of a felony, in the death of 78-year-old Martha Fortney, records reviewed by Law&Crime show.

According to a copy of the probable cause affidavit obtained by the East Cobb News, Gretchen allegedly assaulted Martha at approximately 5:11 a.m. on Friday at a home located in the 3900 block of Loch Highland Pass in Roswell. The home is reportedly registered under Martha’s name.

It is unclear as to how police were notified about the alleged assault, but officers with the Cobb County Police Department obtained an arrest warrant for Gretchen and took her into custody at approximately 3:44 p.m. at a location in the 500 block of S. Fairground.

The warrant reportedly alleges that Gretchen brutally assaulted Martha with “an unknown object or objects” before strangling the elder woman to death inside of her own home. Investigators say that Martha sustained multiple injuries to both her head and her torso, per East Cobb News.

“[Martha] was observed with what appeared to be the belt from her robe tied or looped around her neck,” the warrant reportedly states, noting that the victim also had a “visable ligature mark which resulted in her death.”

Fortney was booked into the Cobb County Adult Detention Center at approximately 5:18 p.m. on Friday. In her booking photo, the suspect appeared to have visible scratch marks on her face and neck.

Authorities have not released any information regarding the relationship between Gretchen and Martha. She is currently being held without bond, records show.

The Cobb County Police Department and the Cobb County Sheriff’s Office did not respond to messages from Law&Crime seeking additional information on the case. There is currently no attorney listed as representing the defendant against the felony charges.