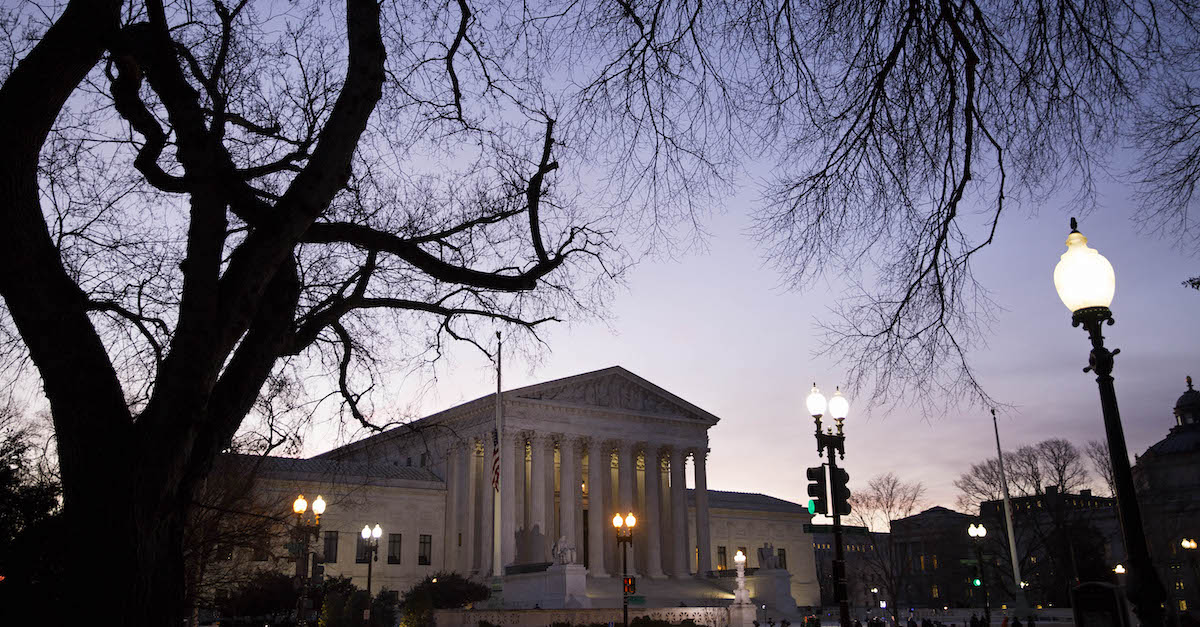 Timing their announcement for Sunshine Week, the Democratic chair and top Republican for the Senate Judiciary Committee introduced a bipartisan bill on Thursday that would require open proceedings of the Supreme Court to be televised.

“It’s time to put cameras in the Supreme Court so Americans can finally see deliberations and rulings on cases which will affect them for generations to come,” Senator Dick Durbin (D-Ill.), who chairs the committee, wrote in a statement. “This bipartisan bill shines a light into the Judicial Branch of government so more than just a few hundred lucky Americans can watch proceedings in the Court’s historic halls.”

The Cameras in the Courtroom Act would require the high court to let the TV cameras roll for all of the court’s open sessions—with a caveat: A majority vote of justices can veto the video record if they determine the broadcast would violate the due-process rights of at least one of the parties.

“Decisions made by the Supreme Court can resonate with our nation for generations, yet most Americans will never have a chance to see the highest court in action,” Senator Chuck Grassley (R-Iowa) wrote in a statement. “Opening up the Supreme Court’s public proceedings to cameras and other broadcast tools provides a window into the court for all Americans, not just those in Washington, D.C. I’m proud to support this legislation especially as we celebrate Sunshine Week.”

The bill arrives with the approval of the Committee’s bipartisan leadership some five years after the Government Accountability Office (GAO) studied the benefits and concerns about opening up the federal judiciary, up the Supreme Court, to televised broadcasts.

The courts of last resort in Australia, Canada, and the United Kingdom all permit video footage, the GAO noted in a 70-page report, with the office interviewing four attorneys who agreed there would be benefits to the United States following suit.

“Specifically, all of them stated that they believed allowing video coverage of U.S. Supreme Court oral arguments would enhance access to the Court,” the April 2016 report stated. “For example, one attorney said that the courtroom has a limited number of seats available and it can be costly to travel to the Court. He noted that allowing video coverage would be more equitable because all members of the public could view coverage on the television or the Internet.”

Some added that transparency would not be without its drawbacks.

The coronavirus pandemic has thrust the high court—and every other level of the U.S. judiciary—into unprecedented openness, giving the press and public greater opportunities to connect to proceedings via telephone and Zoom, sometimes with comical results.

But the senators note that this experiment has largely worked.

“Live audio streaming of the Supreme Court’s oral arguments during the COVID-19 pandemic has been successful, but the Court has not indicated whether it intends to maintain this policy once it is able to conduct in-person proceedings again,” the Judiciary Committee press release states.