SCOTUS Refused to Take Up Case on ‘Suppressed Exculpatory Evidence’ About ‘Key Witness’ in Capital Case, and Justice Jackson Had Some Thoughts 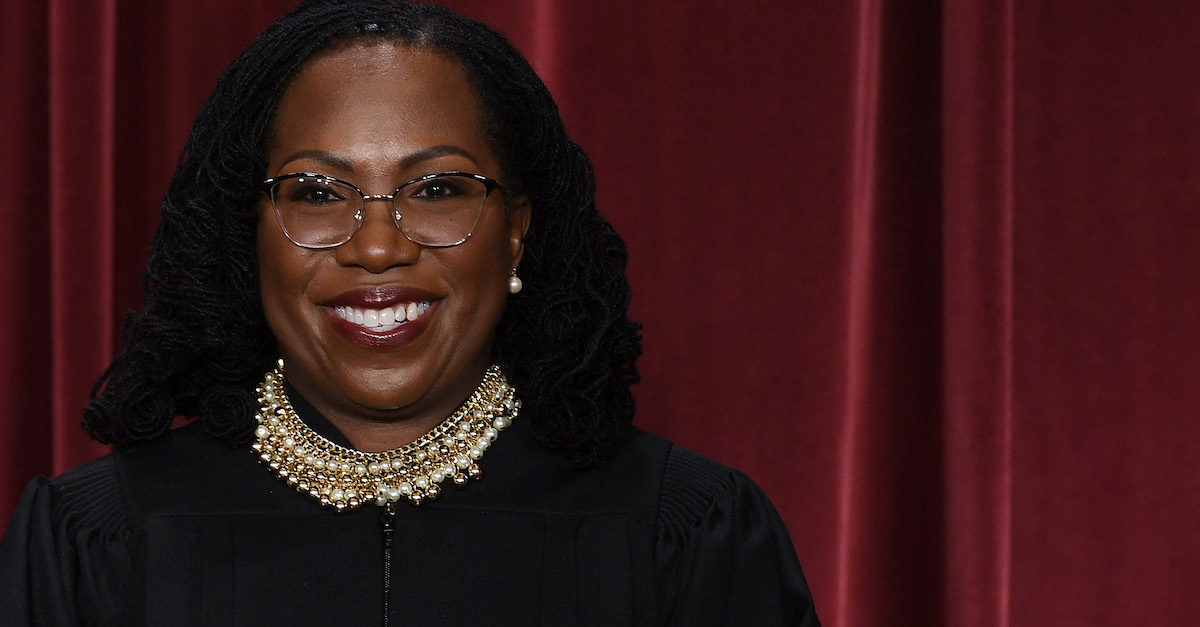 Associate US Supreme Court Justice Ketanji Brown Jackson poses for the official photo at the Supreme Court in Washington, DC on October 7, 2022.

Justice Ketanji Brown Jackson dissented from the Supreme Court’s denial of certiorari in the case of a man convicted in a 1989 robbery-murder and sentenced to death, expressing concern about the prosecution’s “key witness.”

Jackson, joined by Justice Sonia Sotomayor, said that she would have taken up the case of Davel V. Chinn, who has long been incarcerated on death row for the shooting death of 21-year-old Brian Jones in Ohio.

Introducing the matter as “a capital case involving a violation of Brady v. Maryland,” the newly minted justice, who notably worked for a time as a federal public defender, said she would have granted the case because the state “suppressed exculpatory evidence” about Marvin Washington. Washington, the “main” witness against Chinn, had an “intellectual disability that may have affected Washington’s ability to remember, perceive fact from fiction, and testify accurately,” the justice wrote.

A Dayton Daily News article from more than 20 years ago, which reported that Chinn had lost out on his attempt to overturn his death sentence, described Marvin Washington as a 15-year-old co-defendant who was killed in 1992, just years after Jones’ death:

State defenders received juvenile court records in 1993 that showed the 15-year-old witness, Marvin Washington, had an intellect in the bottom 1 percent stemming from a birth deformity. But the defenders did not raise the issue until 1997, Gorman said.

Four years later, Washington and his girlfriend, Wendy Cotrill, were executed in a Dayton gravel yard – two of the six victims in the 1992 Christmas killings rampage. Marvallous Matthew Keene is on death row for five of the slayings.

Jackson took issue with the fact that the Ohio courts simultaneously found Washington to be the key witness yet did not think the suppressed evidence was “material” enough to matter.

Nor did the U.S. Court of Appeals for the Sixth Circuit get it right, said Jackson.

“The Sixth Circuit did not appropriately apply the materiality standard. Although the Sixth Circuit purported to recognize that the two standards were different, it simultaneously claimed that “reasonable probability’ for Brady’s purposes is effectively the same as a more-probable-than-not standard,'” the justice wrote. “It further said that ‘[t]he Brady question now’ before the court was ‘whether it is more probable than not that the withheld evidence would have created a different result.'”

“That reasoning violated the spirit, if not the letter, of our many cases holding that the two standards are not the same and that ‘reasonable probability’ is a lower standard,” Jackson continued.

In closing, Jackson said she would have reversed the appellate court and had it conduct “its materiality analysis under the proper standard” — “given the substantial likelihood that the suppressed records would have changed the outcome at trial based on the Ohio courts’ own representations.”

The justice noted that Chinn’s “life is on the line.”

“Justices Jackson and Sotomayor recognized the injustice in upholding Davel Chinn’s conviction and death sentence when the State suppressed exculpatory evidence that, based on the Ohio Courts’ own representations, was likely to result in an acquittal,” Rachel Troutman, Chinn’s attorney with the Ohio Public Defender’s Office, said in an email to Law&Crime. “Ohio must not exacerbate the mistakes of the past by pursuing Mr. Chinn’s execution.”