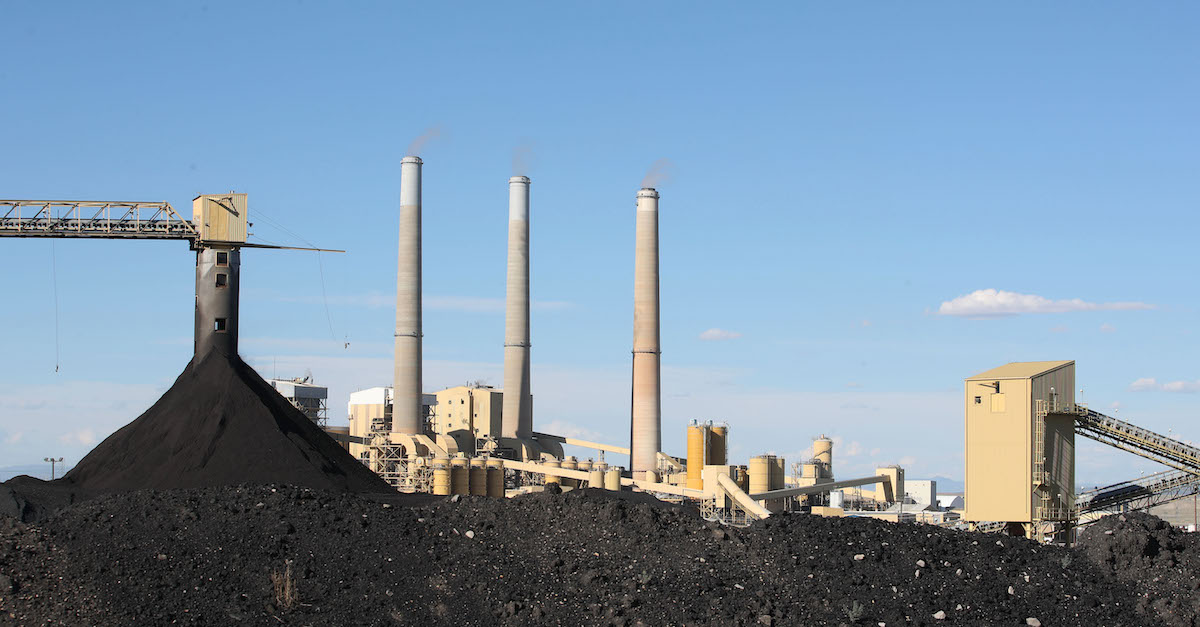 The U.S. Supreme Court on Thursday said the Environmental Protection Agency went too far when it tried to regulate the emission of certain “toxic pollutants” from power plants — a holding three dissenting justices fear will have severe environmental consequences. The majority said the issue needed to be addressed by Congress, not by the EPA, a federal executive branch agency.

The case was actually a group of four cases consolidated under the title West Virginia v. EPA.

The issue is complex.

In 2015, the EPA promulgated its so-called “Clean Power Plan.” The EPA cited Section 111 of the Clean Air Act as the legislative authority for the Plan, which is, in essence, an agency “rule.” The rule, the Court said, required shift away from coal-burning power plants and toward natural-gas-fired plants. The rule would have cut the emissions of carbon dioxide and other pollutants. Then, from there, the EPA wished to move the production of power away from an interim reliance on natural gas and toward renewable energy, such as wind and solar power.

The Court stayed the Clean Power Plan rule in 2016, and the Trump Administration repealed the rule altogether under the presumption that the rule needed to be governed by what some people have called the “major questions doctrine.” That doctrine suggests, as the Court on Thursday held, that big-picture policy pronouncements — issues of major or vast “economic and political significance” — must be supported by “clear congressional authorization.” In other words, the Agency needed to ascertain whether Congress truly wanted it to make such a sweeping regulatory change.

The EPA revived its thought process by passing the Affordable Clean Energy (ACE) rule — a partial repackaging and rebranding of some of the original Clean Power Plan.  States (which also regulate power plants) and private parties sued; the Biden Administration again pressed forward after considerable litigation in the district and the appellate courts about which of the two EPA rules might legally take effect.

The EPA as a federal agency, is a government hybrid; agencies handle both the enforcement power assigned to the executive branch under the Constitution and rulemaking functions assigned by the legislative branch. Agency rules carry the force of law but are not full-fledged federal statutes.  Congress generally sketches out the broad parameters of its policy goals by passing statutes and leaves it to experts at the agencies to issue rules to serve those policy goals. Whether or not an agency has overstepped its bounds is the matter of constant litigation.

“The question before us is whether this broader conception of EPA’s authority is within the power granted to it by the Clean Air Act,” Chief Justice Roberts wrote.

The Court held that the EPA did, indeed, overstep its authority by failing to fully ascertain “whether Congress in fact meant to confer the power the agency has asserted.”

Roberts elucidated as follows with a hearty affirmation of the “major questions doctrine.”

In the ordinary case, that context has no great effect on the appropriate analysis. Nonetheless, our precedent teaches that there are “extraordinary cases” that call for a different approach—cases in which the “history and the breadth of the authority that [the agency] has asserted,” and the “economic and political significance” of that assertion, provide a “reason to hesitate before concluding that Congress” meant to confer such authority.

“Agencies have only those powers given to them by Congress, and ‘enabling legislation’ is generally not an ‘open book to which the agency [may] add pages and change the plot line,'” Roberts wrote while citing a treatise.  “We presume that ‘Congress intends to make major policy decisions itself, not leave those decisions to agencies,'” Roberts continued, this time citing a Brett Kavanaugh missive in a circuit court case when he was an intermediate appellate judge.

“Under our precedents, this is a major questions case,” Roberts continued.

He elsewhere accused the EPA of “adopt[ing] a regulatory program that Congress had conspicuously and repeatedly declined to enact itself.”  Further on, he said the EPA’s view of its own power was “unprecedented” because it sought a “fundamental revision of the statute, changing it from one sort of scheme of regulation into an entirely different kind” (internal punctuation omitted).

Capping carbon dioxide emissions at a level that will force a nationwide transition away from the use of coal to generate electricity may be a sensible “solution to the crisis of the day.” New York v. United States, 505 U. S. 144, 187 (1992). But it is not plausible that Congress gave EPA the authority to adopt on its own such a regulatory scheme in Section 111(d). A decision of such magnitude and consequence rests with Congress itself, or an agency acting pursuant to a clear delegation from that representative body.

It is vital because the framers believed that a republic — a thing of the people — would be more likely to enact just laws than a regime administered by a ruling class of largely unaccountable “ministers,” he wrote, quoting Alexander Hamilton.

“[B]y vesting the lawmaking power in the people’s elected representatives, the Constitution sought to ensure ‘not only that all power [w]ould be derived from the people,’ but also ‘that those [e]ntrusted with it should be kept in dependence on the people,'” Gorsuch continued, this time quoting James Madison.

The core of his complaint was that Congress could not constitutionally “divest its legislative power to the Executive Branch,” an age-old legal debate about the nature of federal agencies that stretches back decades. “In a world like that, agencies could churn out new laws more or less at whim. Intrusions on liberty would not be difficult and rare, but easy and profuse.”

“When Congress seems slow to solve problems, it may be only natural that those in the Executive Branch might seek to take matters into their own hands,” Gorsuch continued. “But the Constitution does not authorize agencies to use pen-and-phone regulations as substitutes for laws passed by the people’s representatives.”

Kagan’s dissent said the decision effectively blocked the EPA from using “the power Congress gave it to respond to ‘the most pressing environmental challenge of our time.'”

“If the current rate of emissions continues, children born this year could live to see parts of the Eastern seaboard swallowed by the ocean,” Kagan asserted while penning line after line about the environmental issues she asserted were plaguing the world today.

In the view of the dissent, Congress did give the EPA the power to address these concerns:

Congress charged EPA with addressing those potentially catastrophic harms, including through regulation of fossil-fuel-fired power plants. Section 111 of the Clean Air Act directs EPA to regulate stationary sources of any substance that “causes, or contributes significantly to, air pollution” and that “may reasonably be anticipated to endanger public health or welfare.” 42 U. S. C. §7411(b)(1)(A). Carbon dioxide and other greenhouse gases fit that description.