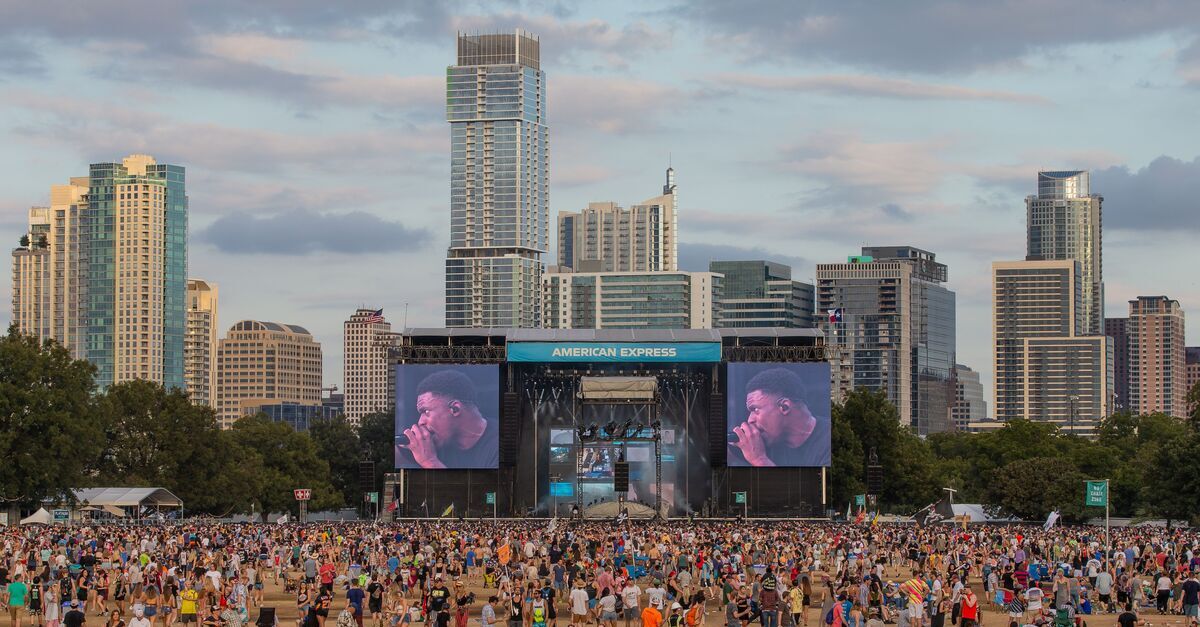 The Austin skyline during the Vince Staples performance during the 2018 Austin City Limits Music Festival at Zilker Park on October 14, 2018 in Austin, Texas.

In the case stylized as City of Austin v. Reagan National Advertising of Texas, Reagan and Lamar Advantage Outdoor Advertising, two of the biggest billboard companies in the country, wanted to convert their old billboards into new digital billboards that flash various images.

Those requests, made in 2017, were denied by city officials under the auspices of a decades-old law that prohibits “off-premises signs,” billboards advertising something that isn’t on or related to the property where the sign is located. There are, of course, some “off-premises” billboards in Austin–placed along highways–but those signs were grandfathered in when the regulation was originally passed.

The advertisers sued. A district court signed off on the ordinance. The conservative U.S. Court of Appeals for the Fifth Circuit ruled for the companies based on a unanimous 2015 Supreme Court ruling that rejected, on First Amendment grounds, an Arizona town’s efforts to clamp down on targeted directional signs for non-profit events. Austin then filed a petition for writ of certiorari with the nation’s high court.

In that prior case, stylized as Reed v. Town of Gilbert, the nine justices rejected a scheme by Gilbert, Az. that specifically–and aggressively–targeted directional signs advertising events placed by non-profits.

In their briefs and during oral argument, the two sign companies, echoing the Fifth Circuit’s analysis, complained that Austin’s restrictions are content-based and unconstitutional on their face because a government official has to read any given sign to determine whether or not the sign advertises something “off-premises.”

Writing for a 6-3 court, concerning the specific facts relevant to the case, Justice Sonia Sotomayor rejected the sign companies’ complaints and allowed Austin’s regulation against digital sign conversion to stand for “off-premises” signs.

Justice Samuel Alito concurred in the judgment but rejected the broader rule adopted by the court on Thursday–which is why some media outlets have reported the decision as 5-4.

“The City represents, and respondents have not disputed, that ‘tens of thousands of municipalities nationwide’ have adopted analogous on-/off-premises distinctions in their sign codes,” the majority opinion notes. “The City of Austin is one such municipality. The City distinguishes between on-premises and off-premises signs in its sign code, and specially regulates the latter, in order to ‘protect the aesthetic value of the city and to protect public safety.'”

Sotomayor offers a quick history of similar regulations at the federal and local level–painting them as all-but ubiquitous and allowable.

The majority then calls out the Fifth Circuit’s interpretation of Reed:

The Court of Appeals interpreted Reed to mean that if “[a] reader must ask: who is the speaker and what is the speaker saying” to apply a regulation, then the regulation is automatically content based. This rule, which holds that a regulation cannot be content neutral if it requires reading the sign at issue, is too extreme an interpretation of this Court’s precedent. Unlike the regulations at issue in Reed, the City’s off-premises distinction requires an examination of speech only in service of drawing neutral, location-based lines. It is agnostic as to content. Thus, absent a content based purpose or justification, the City’s distinction is content neutral and does not warrant the application of strict scrutiny.

The majority also consults decades worth of precedents that have “consistently recognized that restrictions on speech may require some evaluation of the speech and nonetheless remain content neutral,” particularly in the realm of commercial speech and “solicitation,” which the court defines as “requesting or seeking to obtain something” or “[a]n attempt or effort to gain business.”

Sotomayor goes on to reject Reagan’s use of “one sentence” from Reed that Lamar used to argue Austin’s sign code “defines off-premises signs based on their ‘function or purpose.’”

The heart of the Sotomayor’s analysis explains the difference:

In this case, enforcing the City’s challenged sign code provisions requires reading a billboard to determine whether it directs readers to the property on which it stands or to some other, offsite location. Unlike the sign code at issue in Reed, however, the City’s provisions at issue here do not single out any topic or subject matter for differential treatment. A sign’s substantive message itself is irrelevant to the application of the provisions; there are no content-discriminatory classifications for political messages, ideological messages, or directional messages concerning specific events, including those sponsored by religious and nonprofit organizations. Rather, the City’s provisions distinguish based on location: A given sign is treated differently based solely on whether it is located on the same premises as the thing being discussed or not. The message on the sign matters only to the extent that it informs the sign’s relative location. The on-/off-premises distinction is therefore similar to ordinary time, place, or manner restrictions.

In terms of win and loss, however, Austin technically only registered a technical victory. The opinion itself only purports to reverse and remand the decision in order to make sure the analytical framework known as “strict scrutiny” is not applied to the liberal city’s sign code–almost uniformly, laws subject to strict scrutiny are found unconstitutional.

In real terms, this means, and Sotomayor explains, the parties now have the task of arguing before the lower courts whether or not Austin’s ordinance is actually based on a compelling notion that the government should, and legally can, legislate.

“If there is evidence that an impermissible purpose or justification underpins a facially content-neutral restriction, for instance, that restriction may be content based,” the majority opinion notes. “Moreover, to survive intermediate scrutiny, a restriction on speech or expression must be ‘narrowly tailored to serve a significant governmental interest.'”

Justice Clarence Thomas, who penned the Reed majority opinion, dissented from Thursday’s ruling, arguing that the court’s ruling for Austin “nullifies” the “clear test” from Reed and calls the majority opinion an “ill-advised departure from our doctrine.”

“The majority’s holding [says] that some rules based on content are not, as it turns out, content based,” the dissent notes, bemoaning the creation of an “opaque test” that won’t offer much precedential value.