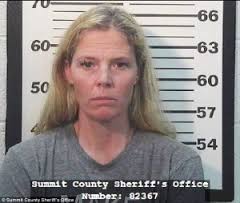 Olympic skiier Picabo Street has been arrested, accused of pushing her father down the stairs of her home. On December 23rd, she allegedly got into a fight with her dad after he bumped the house with his car. Things escalated, and according to her 911 call, he pulled “so much hair out of [her] head,” and then she pushed him down the stairs and locked him in the basement of her home. Her mother is defending Street’s father, saying she attacked first. According to police, he has scratches on his face and neck. Street’s children were also in the home at the time of the fight.

The gold medalist has competed in four Olympic games between 1994 and 2002, and has won three Olympic and World Championship medals. She was also a media darling.

Street is hoping to resolve things outside of court. The next hearing is on February 16th.