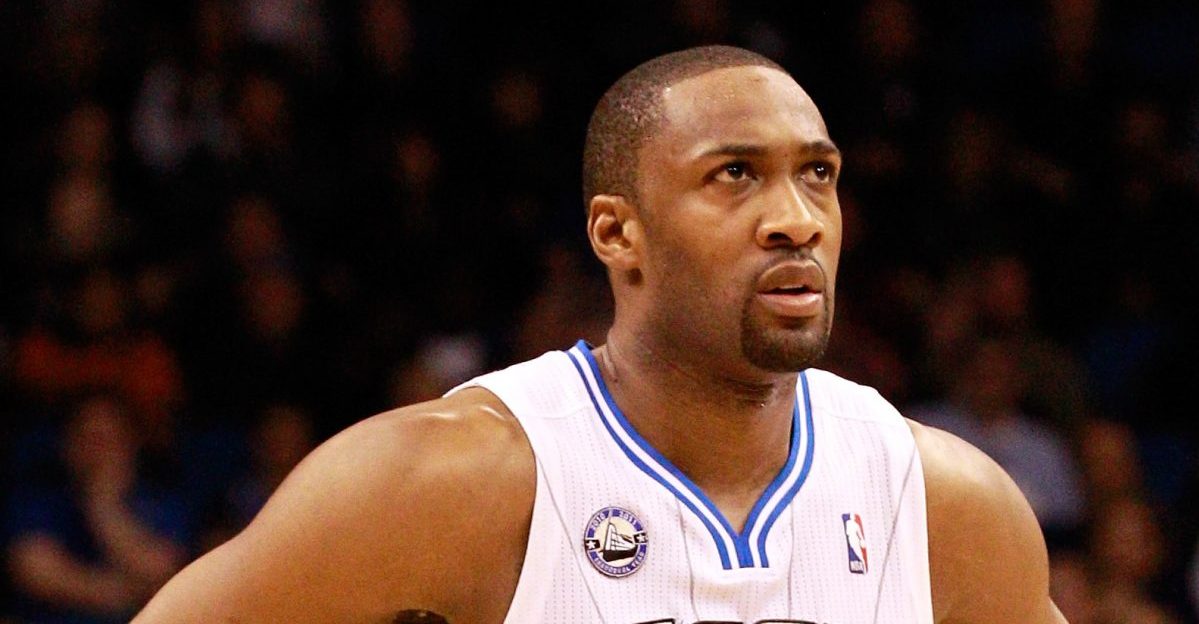 Former NBA player Gilbert Arenas has been slapped with a restraining order after a woman claimed he has been harassing and threatening her and her 10-year-old son. Some of these threats included sending naked pictures of the woman to her son, TMZ reported.

“Gilbert told me he was watching me at [my] son’s school and that he had just saw him go into class,” the woman, who said she’s been in an on-and-off relationship with Arenas, said in court documents filed in Los Angeles County Superior Court.  In addition the woman said that Gilbert “said he was waiting to get my son’s cell phone number from his son so that he could send my child naked photos of me and video of Gilbert and I having sex and video of me naked.”

The court filing included copies of text messages allegedly sent from Arena, including one that said, “Wait til u son see ur naked pictures. Imma start f*cking with your life. He has a phone right?”

In horrifying detail the woman recounted times she had to comply with Arena’s malicious behavior and feared that he may hurt her child. This included an alleged incident from May 23, when she claims he banged on her door, pushed her against the wall, and demanded that she have sex with him, which she did out of fear.

She claims that the alleged behavior started after she tried breaking up with Arenas for good and he didn’t handle it well.

The woman asked the judge to order Arenas to stop contacting her and her son, and the request was granted.

This is not Arena’s first run in with trouble.  In 2009, hes was involved in a gun incident with his teammates in the Wizard’s locker room. His teammates recounted that Arenas brought guns into the locker room and started making “sarcastic” threats. Although nothing ever came of it, Arenas is now in hot water with authorities.

Arenas spent 11 seasons in the NBA, mostly with the Washington Wizards.