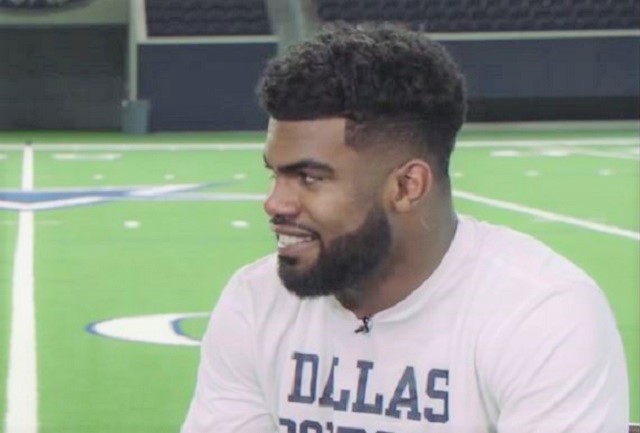 NEW YORK (AP) — Dallas Cowboys running back Ezekiel Elliott can play in Sunday’s home game against Kansas City while a federal appeals court considers a challenge to his six-game suspension.

The 2nd U.S. Circuit Court of Appeals in New York City issued a one-page order Friday temporarily blocking a lower-court ruling that cleared the way this week for Elliott to begin serving the disciplinary penalty.

The suspension was imposed in August after the NFL investigated several alleged physical confrontations in the summer of 2016 with Elliott’s girlfriend at the time.

The NFL submitted papers to the 2nd Circuit on Thursday, arguing that the appeals court should not block the suspension any longer because the union has no chance of winning its appeal.

It said “swift discipline” should not be manipulated by players and teams seeking to strategically time court challenges so that suspensions are served when they play weaker opponents or when an injury would already require a player to remain off the field.

Lawyers on both sides did not immediately return messages seeking comment Friday.

Lawyers for the players’ union said Failla was the first judge ever to have “concluded that professional athletes with short career spans do not face irreparable harm” when suspensions are enforced before appeals options have been exhausted.

The NFL said about 100 players have been suspended for approximately 500 games over the past season and a half.

The Cowboys (4-3) are in second place in the NFC East. They face a Chiefs team that is 6-2 and leads the AFC West.