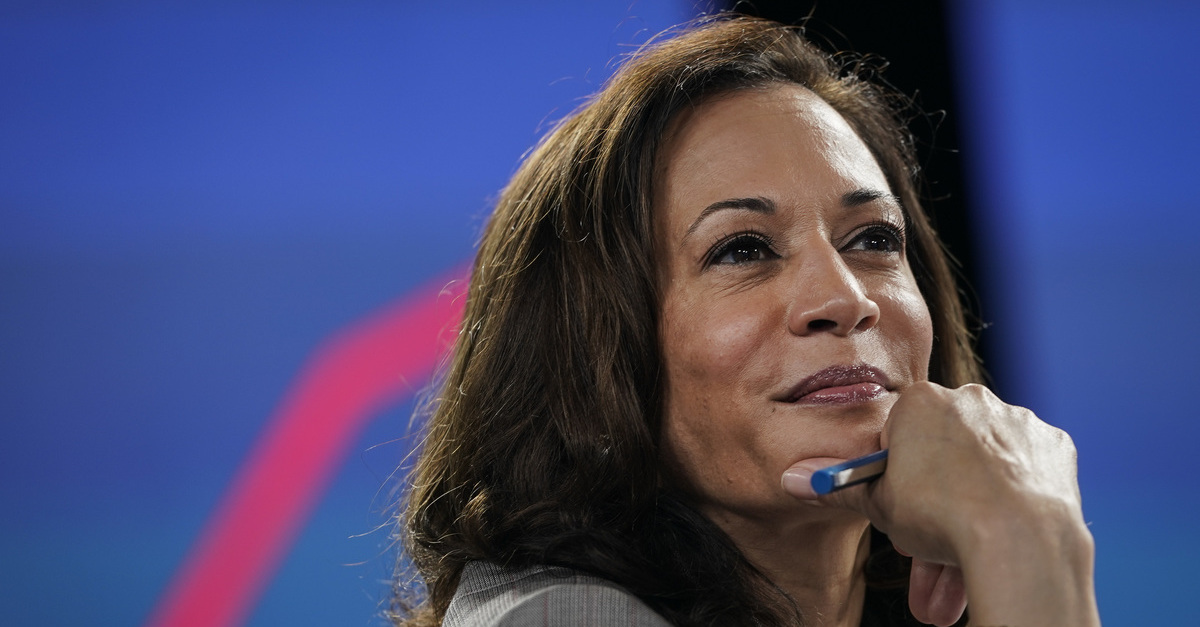 The U.S. Court of Appeals for the Ninth Circuit blocked a ban on high-capacity ammunition magazines on Friday. In a sublime exercise of judicial trolling, the majority opinion, penned by an appointee of President Donald Trump, cites a recent statement by Sen. Kamala Harris (D-Calif.) in support of the constitutional right to bear arms.

California Government Code § 32310 purports to ban possession of large-capacity magazines (LCMs) that hold more than 10 rounds of ammunition. That law, which was passed in 2016 to much fanfare and attention, was a direct response to what the court refers to as “heart-wrenching and highly publicized mass shootings.”

California’s law imposes a substantial burden on this right to self-defense. The ban makes it criminal for Californians to own magazines that come standard in Glocks, Berettas, and other handguns that are staples of self- defense. Its scope is so sweeping that half of all magazines in America are now unlawful to own in California. Even law-abiding citizens, regardless of their training and track record, must alter or turn over to the state any LCMs that they may have legally owned for years — or face up to a year in jail.

“Many Californians may find solace in the security of a handgun equipped with an LCM: those who live in rural areas where the local sheriff may be miles away, law-abiding citizens trapped in high-crime areas, communities that distrust or depend less on law enforcement, and many more who rely on their firearms to protect themselves and their families,” Lee goes on. “California’s almost-blanket ban on LCMs goes too far in substantially burdening the people’s right to self-defense.”

Note the italicized text above. That’s where the Democratic Party’s 2020 vice presidential nominee enters into the equation.

The opinion, as a threshold matter, found that §32310 “substantially burdens Second Amendment rights” due to “its sweeping scope and breathtaking breadth.”

“It does not matter that these magazines are not unusual and are used commonly in guns for self-defense,” Lee notes. “Law-abiding citizens must alter or turn them over — or else the government may forcibly confiscate them from their homes and imprison them up to a year. The law’s prohibitions apply everywhere in the state and to practically everyone. It offers no meaningful exceptions at all for law-abiding citizens. These features are the hallmark of substantial burden.”

Who are those law-abiding citizens? Judge Lee explains:

[S]ome people, especially in communities of color, do not trust law enforcement and are less likely — over 40% less likely, according to one study — to call 911 even during emergencies. See 163 Cong. Rec. S1257-58 (daily ed. Feb. 16, 2017) (statement of Sen. Kamala Harris) (discussing a study showing that certain ethnic groups are over 40% less likely to call 911 in an emergency)

Harris made that statement during her maiden speech on the floor of the U.S. Senate–and Politifact later rated it as “Mostly True.”

Far from a gratuitous burn, however, Lee’s evocation of Harris’s correct estimation that communities of color–specifically Latinos in California–distrust law enforcement was integral the judge’s constitutional analysis here.

In reaching their conclusion, the Ninth Circuit used a two-prong test to determine: (1) whether the law burdens conduct protected by the Second Amendment; and (2) if so, what level of scrutiny to apply to the regulation.

The first prong was easily met in this case–the law in question was clearly and self-evidently an attempt to place a restriction on the Second Amendment. That determination is not controversial whatsoever in legal terms.

Here, the court’s answer to the second prong was that strict scrutiny–the absolute highest standard of review–was the appropriate standard. The law was consequently overturned.

Again the decision, at length:

Section 32310 burdens core Second Amendment rights in a substantial way, requiring us to review it under strict scrutiny. The law categorically bars the possession of magazines that are commonly used in handguns, the “quintessential self-defense weapon.” And it bans LCM possession for nearly everyone, everywhere in California. Simply put, any law that comes close to categorically banning the possession of arms that are commonly used for self-defense imposes a substantial burden on the Second Amendment.

In determining whether or not to apply strict scrutiny, the court looked at several issues–including the burden on citizens who might have a valid reason for self-defense–which the court noted was a “fundamental right rooted in our national history.”

Lee goes on to note that communities of color in particular have needed non-law enforcement methods of defense–and specifically cites the Ku Klux Klan’s reign of terror as well as armed Black opposition in defense to bring that point home.

“During the crucible of the civil rights movement, Black American veterans from World War II and the Korean War founded the Deacons for Defense and Justice to protect Black people from racial violence at the hands of the Ku Klux Klan,” the opinion notes.

After noting and lengthily exploring the fundamental right to self-defense, Lee goes on to discuss the massive impact California’s regulation has on that right and finds that the law imposes a substantial burden because it “takes away a substantial swath of the core constitutional right of self-defense because it bans possession of half of all magazines in America today.”

And, the judge notes, criminalizing access to one of the most common and typical forms of ammunition for a common arm is tantamount to taking away the arm itself.