Brian Ross to Host Special Report: 9/11: Are We Safer? 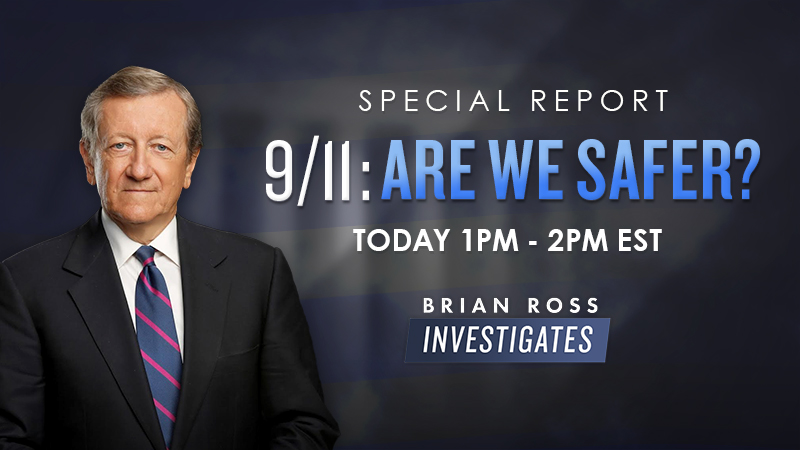 Law&Crime Chief Investigative Correspondent Brian Ross will host a special report, 9/11: Are We Safer?, on the Law&Crime Network. During this day of remembrance for the terror attacks of Sept. 11, 2001, we ask the probing questions that remain unanswered, with four key guests.

WATCH THE SPECIAL ON THE ABOVE PLAYER AT 1PM EST.

Richard Clarke, the White House adviser on counter-terrorism in the Bush administration answers that question.  Plus an update on successes and failure of what has been called the War on Terror.  And a look at what is the greatest threat facing the US today.

Beyond the some 3,000 people killed in the attacks on 9/11, many continue to suffer health consequences from their exposure to the toxic air and dust created in the collapse of the Twin Towers of the World Trade Center.  One of the lawyers for this new set of victims, David Eisbrouch, will join us live from our New York studio to talk about the issues and proposed legislation to make sure all first responders who have suffered or will be diagnosed in the future receive proper treatment and compensation.

The country’s leading expert on military law and justice, Eugene Fidell, joins us via Skype from Yale University where he is a lecturer at the Yale Law School.   In the 17 years since the attacks, the accused al Qaeda figures involves remain at Guantanamo awaiting trial.

In the wake of the attacks, President George W Bush ordered the invasion of Afghanistan.  Al Qaeda leader Osama bin Laden was later discovered and killed in Pakistan.  Some 6,250 US soldiers have been killed there and the US has spent more than $104 billion for reconstruction of the country.  But the threat of the Taliban remains and there are serious questions about what has happened to the US money.   We are joined by John Sopko, who is the Special Inspector General for Afghanistan Reconstruction, an outspoken critic of the US and Pentagon efforts