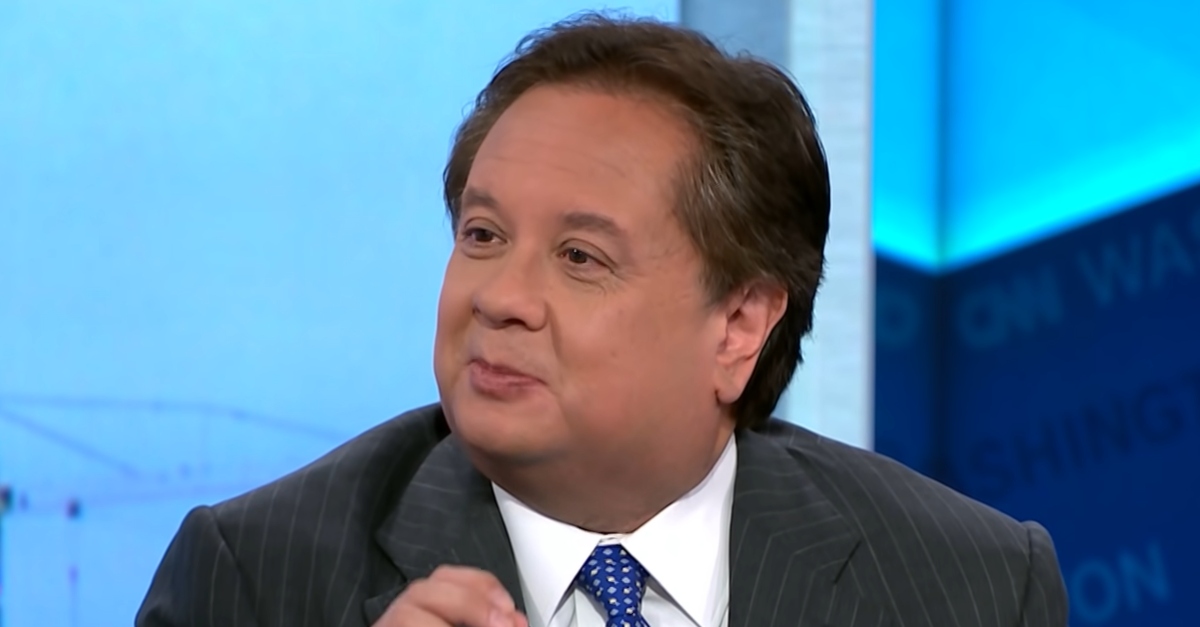 Conservative Trump critic George Conway has a long track record of publicly bashing the president, but he’s hardly opposing the recent nomination of Seventh Circuit Appellate Judge Amy Coney Barrett to the United States Supreme Court. If anything, it is quite the opposite.

Conway was asked if it is possible if some Republican senators will vote against confirming her if they believe is is not qualified.

“No,” said Conway on Saturday. “Not a chance. She is eminently qualified to serve on the Supreme Court.” In later responding to the same Twitter user, he wrote that there was “no reason to doubt [Barrett’s] fairness or integrity.”

“I think it is very unlikely at this point that the court is going to overturn Roe [v. Wade], or Roe [v. Wade] as curbed by [Planned Parenthood v.] Casey,” she said, according to The Observer, a student paper. “The fundamental element, that the woman has a right to choose abortion, will probably stand,” she said. “The controversy right now is about funding. It’s a question of whether abortions will be publicly or privately funded.”

“Many women who choose to abort an unwanted pregnancy are both poor and single, Barrett said, and therefore do not have the means to raise a child properly. She said this ought to be an area of focus for addressing the abortion issue.”https://t.co/8DsAsDgJGr

The death of liberal Supreme Court judge Ruth Bader Ginsberg on September 18 gave President Donald Trump a third nomination in his term–yet another opportunity to shape the highest court to his liking for years to come. A recurring element in his term has been to what extent his nominees will oppose Roe v. Wade or otherwise restrict access to abortion.

Attorney and Law&Crime columnist Elura Nanos has examined how Barrett may help restrict, if not eliminate, a constitutional right to abortion.

From Monday, before Trump announced the nomination of Barrett:

You can read the full article here.

Conway’s take on Barrett soured some on him, at least from some with left-leaning politics.

Check out this fraud trying to rehabilitate Amy Coney Barrett’s extremist position on abortion FIFTEEN MINUTES after her nomination was announced. George Conway is not your friend. He is lying about the impact Barrett would have on the court. You are not required to fall for it https://t.co/QHX7onjD0P

George Conway is here to remind you that The Lincoln Project Republicans want to control women’s bodies too—they’ll just revert back to the old GOP tactic of whittling away at clinic access for poor women to do it.

They. Aren’t. Your. Friends. https://t.co/LxgrDHvjw7

“Amazing that George Conway is trending because his leftist friends are mad he’s saying the obvious about ACB and so now he must be a Trump-loving plant,” wrote conservative NY Post columnist Karol Markowicz. “This whole era is so exhausting.”