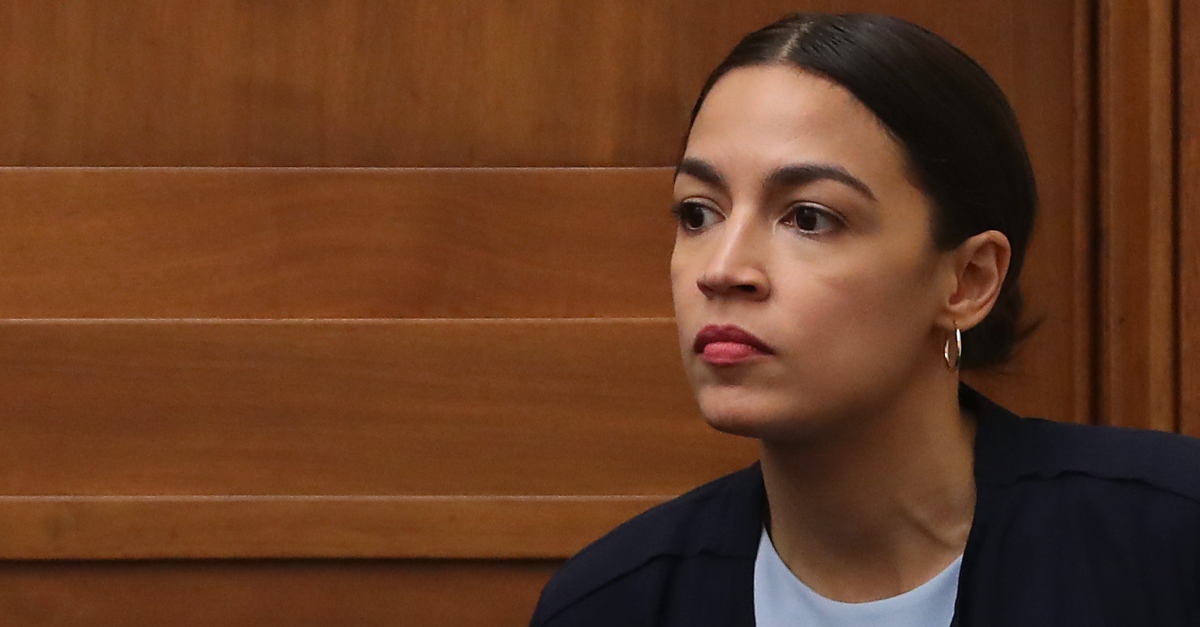 Douala Hashi, the 31-year-old man accused of stalking Rep. Alexandria Ocasio-Cortez (D-New York, 14th District), was sentenced on Friday in a New York court to 60 days in jail. He pleaded guilty to a count of criminal contempt, according to The Queens Eagle.

Allegations date back to June 2, police reportedly said. He trespassed at the building that has her district office on June 15, cops said.  This ended in him allegedly acting out violently on the third floor: using a fire extinguisher, holding a broken bottle, and going into a utility closet. At the time, he was charged with menacing, criminal mischief, and criminal trespassing, though he allegedly never stepped foot inside of any of the congresswoman’s offices. (She was in D.C. at the time of the incident.)

Another incident happened later that month, cops claim. He showed up at her office, rang the bell, and asked for a meeting. Hashi left after he was told he couldn’t be there, authorities said. Police said this incident violated a protective order, so he was arrested the next day for stalking, and violating an order.

Hashi declined to comment when The New York Daily News contacted him in jail shortly after the arrest.

“Nah, bro, I don’t want to give my side of the story,” Douala Hashi, 31, said in a jailhouse interview with the Daily News’ @Iking_29.

EXCLUSIVE: AOC’s accused stalker gets tongue-tied over his intentions toward the progressive congresswomanhttps://t.co/RQz12gn8pv

Under the terms of his sentence, Hashi must stay away from the congresswoman. Judge Scott Dunn issued a full order of protection, said the Queens District Attorney’s Office.