Black Dem Lawmakers Were Attacked With Bicycles by NYPD: Lawsuit 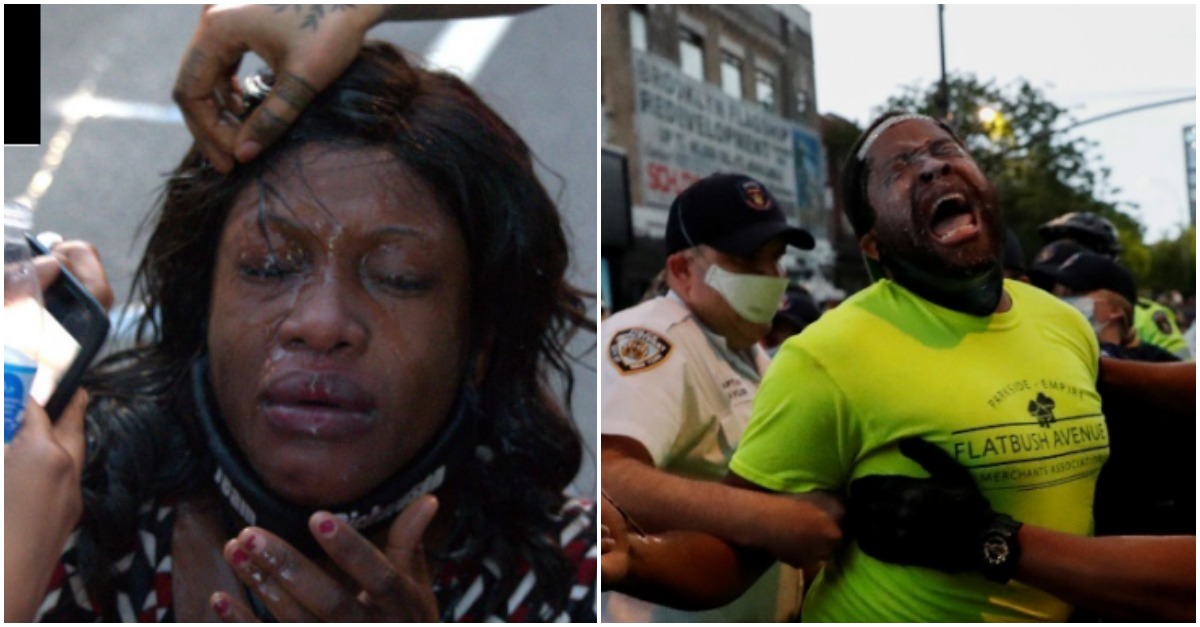 Two Black elected officials in New York City were beaten with bicycles and pepper-sprayed by the NYPD during Black Lives Matter protests last summer, a lawsuit filed in federal court on Monday alleges.

“The experience was a painful and humiliating reminder that following the rules and complying with police orders does not protect Black Americans from police brutality, not even Black Americans who have ascended to elected office,” the 54-page filing alleges. “The conduct of the NYPD on May 29 reinforced another ugly truth — one that the January 6, 2021 riots in the Capitol made crystal clear: that police treat speech as threatening not because of how protestors behave, but because of who they are and what they are protesting.”

State Senator Zellnor Myrie (D), who represents neighborhoods in South and Central Brooklyn, and Assemblywoman Diana Richardson (D-WFP), who represents neighborhoods in Central Brooklyn as well, say that police and city officials should be liable for eleven separate violations of their rights — including numerous First, Fourth and 14th Amendment claims involving at times documented police violence during a series of protests in solidarity with those marching in response to George Floyd‘s murder by now-fired Minneapolis Police Department Officer Derek Chauvin and his alleged murder by three other officers.

“As trusted local representatives who maintain professional working relationships with the NYPD, they believed their presence could help foster a peaceful atmosphere,” the lawsuit notes. “And as Black Americans, they wanted to add their voices to the chorus of New Yorkers protesting police brutality and racial injustice. But their status as elected officials, their positive relationships with local police departments, and their own peaceful conduct could not protect Senator Myrie and Assemblywoman Richardson from being harmed at the hands of NYPD officers.”

The lawsuit goes on to allege that the NYPD “arbitrarily decided to end the protest” on May 29, 2020 by playing “a barely audible recording to the protestors apparently asking them to leave the area.” Immediately after making that allegedly unheard request and “before giving the protestors a chance to leave,” however, “the officers advanced and attacked the crowd,” the lawsuit claims.

Myrie and Richardson’s lawsuit attempts to document some of those alleged attacks:

A similar situation allegedly played out regarding Myrie — except that he claims he was first struck by officers while his back was turned.

After that, Richardson was dragged to safety by good samaritans away from the scene while Myrie was handcuffed and detained.

“While Senator Myrie was blinded by pepper spray and in searing pain, several officers descended on him and arrested him, even though he had done nothing wrong,” the lawsuit notes.

Myrie was later released from police custody without being charged.

The filing contains numerous photographs which assert the extent of the lawmakers’ injuries after they say they were chemically attacked by the police during that protest, which was the first major protest in the Big Apple following Floyd’s murder.

The lawsuit seeks compensatory and punitive damages to be determined at trial as well as attorneys’ fees and injunctive relief that would declare the NYPD’s use of “excessive force and false arrest, [intended to] suppress free speech and expression, and retaliate against protestors based on their message, to be unconstitutional.”

The NYPD disputed the lawsuit in general terms in statements to local media.

“The NYPD has a longstanding track record of successfully protecting the right of the public to protest while ensuring public safety, and is committed to strengthening those efforts,” a spokesperson said. “We will review these claims.”

Members of that same group engaged in “illegal and harmful conduct against New Yorkers during recent racial justice protests and for years prior, which has led to significant injuries and violated individuals’ basic right to peacefully protest,” New York Attorney General Letitia James (D) recently concluded in a press release announcing a lawsuit that echoes many of the claims in Monday’s filing.

The mayor’s office did not immediately respond to a request for comment.