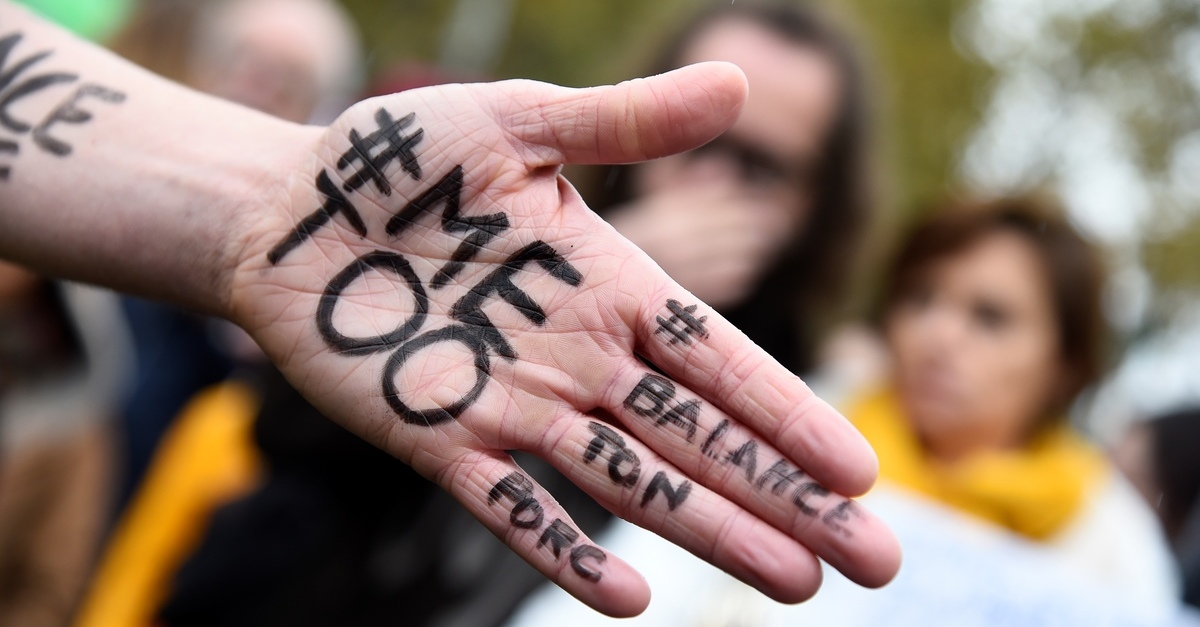 Woah. The Fourth Circuit just gave #MeToo some pretty expansive ground. On Friday, the appellate court handed down an opinion on appeal from the United States District Court for the District of Maryland. In it, the court officially said something most of us have known for years: slut-shaming is something that happens to women.

The case is Evangeline J. Parker v. Reema Consulting Services, Inc., and the facts are anything but unique. Evangeline Parker worked at Reema Consulting’s Virginia warehouse for two years; during that time, she was promoted six times and rose from low-level clerk to Assistant Operations Manager. Within days of becoming the Assistant Manager, the rumors started: Parker had only gotten promoted because she’d been sleeping with her manager, Demarcus Pickett. The rumor was false, but they did damage just the same.

Lots of employees participated in the rampant rumors, many of whom did so openly. One employee even asked Pickett, “Hey, you sure your wife ain’t divorcing you because you’re f–king [Parker]?” As for Evangeline Parker, she “was treated with open resentment and disrespect,” and the work environment deteriorated to the point of outright hostility. Parker was excluded from meetings in which the false rumor was discussed, and her supervisor blamed her for how she’d handled the situation, even saying that he “should have terminated her” over it.

In a garden-variety sexual harassment lawsuit, Parker sued her supervisor, a co-worker, and a human resources manager for creating a hostile work environment. And at the trial level, not unsurprisingly, she lost. The court’s reasoning was fairly predictable – that if Parker had been discriminated against, it wasn’t on the basis of her gender, but rather, on the basis of her conduct. After all, the false rumor didn’t relate to Parker’s gender, but to her alleged choice bedfellows – and Title VII doesn’t protect people from discrimination based on their behavior.

The District Court, in its dismissal, made the #HeToo argument – that men could also be falsely accused of sleeping their way to success, and that therefore, Parker’s case isn’t rooted in sexism:

[I]t would be truly offensive to me or anybody else to have someone spread a rumor that I or any other person received a promotion because of sexual favors or having sexual relations with the person who made the decision. That goes right to the core of somebody’s merit as a human being to suggest that they were promoted and the promotion was not based upon merit, but rather was based upon the giving of sexual favors.

The Fourth Circuit, however, seized Parker’s case as an opportunity to make a bold statement about what goes to the heart of womanhood; it ruled that accusations about sleeping one’s way to the top are inherently directed at women, and as such, could constitute gender discrimination under the statute. The court articulated something we all know: while, theoretically, men could be falsely perceived to have used sex to their advantage, the reality is borne by women on a far grander scale.

Writing for a three-judge panel of the Fourth Circuit, Judge Paul Niemeyer wrote:

She plausibly invokes a deeply rooted perception — one that unfortunately still persists — that generally women, not men, use sex to achieve success. And with this double standard, women, but not men, are susceptible to being labelled [sic] as “sluts” or worse, prostitutes selling their bodies for gain.

Even more satisfying than seeing a federal appellate court get it right is that the panel doing so so here was one of three men: Paul Niemeyer, G. Steven Agee, and Albert Diaz (George H.W. Bush, George W. Bush, and Barack Obama appointees, respectively).

Moving forward, the Parker precedent is one to watch. It has potential to further expand the legal concept of gender discrimination to other negative gender-specific stereotypes both within the Fourth Circuit and beyond.