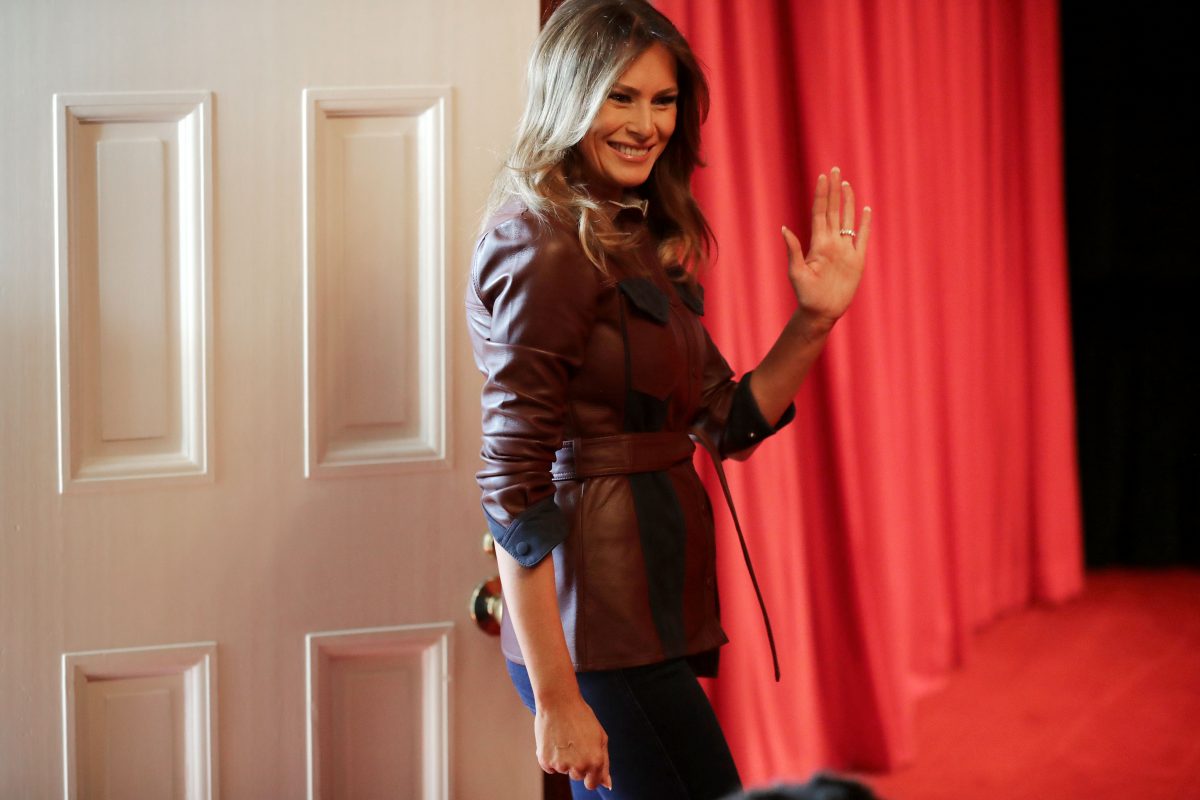 It is the position of the Office of the First Lady that (Ricardel) no longer deserves the honor of serving in this White House.

Ouch. #BeBest, indeed. This statement is bizarre on every level. For starters, who exactly is Melania even addressing? Ricardel is an executive employee who could be fired by Trump any time, with or without his wife’s input. It seems strange to issue an official proclamation about something she could have mentioned to him over a cheeseburger.

Furthermore, as deputy national security advisor, Ricardel is hardly someone with whom the First Lady would be working closely.

I want more details on this Melania Trump calling for the firing of Mira Ricardel fiasco only because I want to know how the hell a “First Lady” crosses paths with the Deputy National Security Advisor in such a way that a feud is born. Think about that. Two different orbits.

Regardless of how this “feud” came about, one thing is clear: Melania should stop talking about Mira Ricardel right now. By bad-mouthing Ricardel in an official statement, the First Lady is dangerously skirting the line of defamation. If she says anything more, you can bet the lawsuits will start to fly.

The plain language of FLOTUS’ official statement seems to be mostly opinion; typically, Ricardel could not base a defamation claim on being declared “undeserving” – whatever that may mean. However, in the context of its origin from the White House, a pronouncement of “undeserving” may be said to carry additional inferences of malfeasance. And certainly, any statements that may have come before or after the official one could be even more damning. Should FLOTUS say literally anything about what Ricardel did or did not do, there’s some real risk for defamation liability.

If Ricardel can point to a statement the Mrs. Trump made about her that is provably false (such as, for example, the reports that FLOTUS has accused Ricardel of sourcing negative stories about POTUS), defamation would be relatively easy to prove – even if that statement were less publicized than Tuesday’s official statement.

Usually, it’s the need for a defamation plaintiff to prove financial harm that limits the viability of libel lawsuits. A compensable victim must suffer real, quantifiable damages, which can be tough to prove. Particularly with regard to high-profile individuals, there are many contexts in which there really is no such thing as “bad press.” But there’s one category of false speech that is almost always actionable: lies about a person’s job performance. And in Ricardel’s case, reports are that she was fired from her West Wing position as a direct result of Melania’s intervention.

Employment-based libel is the gold standard for a defamation claim, because they so clearly lead to financial harm. Mira Ricardel isn’t about to retire. She’ll be looking for a job, and explaining why the First Lady thinks she did a lousy job isn’t exactly the stuff of dazzling interview banter.

“The First Lady’s statement about Mira Ricardel could be viewed as highly suggestive of some act attributable to her of disloyalty, immorality and/or fraud while serving Mrs. Trump.   That unmistakable suggestion, and the likelihood that it will cause harm to Ms. Ricardel professionally in some manner, is fodder for a such a claim in the event of some credible showing of damages. One would expect Mrs. Trump, who sued The Daily Mail on a defamation claim, to know better and be more careful.”

Indeed, Melania Trump has made something of a habit of pursuing defamation claims on her own behalf. She’s brought claims against many media outlets, and threatened many others, including Law & Crime. It sure seems like she has wildly different views about the power of the pen depending on who is doing the wielding.

In an ABC News interview following her recent Africa trip, Mrs. Trump bragged her influence over her husband regarding staffers she didn’t trust.“Well, some people, they don’t work there anymore,” Melania said.

Good thing FLOTUS is at the helm of those anti-bullying efforts.