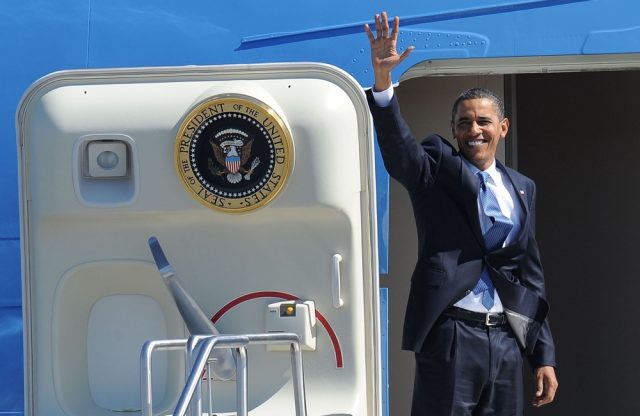 Need a break from being outraged over pre-existing conditions and phony priests with superPACs? Well I’ve got some outrage for you, and it’s totally non-partisan. I’m talking about the situation with presidential retirement. Under the Former Presidents Protection Act of 2012, past American presidents make $407,000 a year, starting immediately after they leave office – and they make it for life. Their spouses can make up to $20,000 a year, and they both get lifetime secret-service protection. Oh, that’s not all. They also get some nice offices staffed by the GSA (General Services Administration), and $150,000 a year to run their business of being an ex-executive.

Give. Me. A. Break. $400K isn’t a pension. It’s a windfall. And there is literally no one that needs it less than a former POTUS. For starters, they’re all rich before they even start campaigning; afterward, they have their choice of whether they’ll make lucrative book deals, give even more lucrative speeches, or simply enjoy relaxing in government offices while they run their charitable foundations.

If there is any person in this entire world who does not have to worry from where his next meal will come, it’s an ex-President. I mean their faces are actually ON THE DAMN MONEY.

In 2016, President Obama conveniently vetoed a bill that would have cut down his pension, which I find kind of obnoxious. But if I’m being honest, my level of annoyance will be dwarfed by my rage at knowing millions of tax dollars would be handed over to Donald Trump if he manages to leave office of his own accord.

There’s good news, though, and as much as it makes me throw up in my mouth a little to say it, Jason Chaffetz is behind it. Chaffetz, the Utah Republican chairman of the House Oversight and Government Reform Committee, had been the sponsor of the 2016 Presidential Allowance Modernization Act vetoed by then-President Obama. But it seems that Obama’s recent public decision to accept $400,000 for an upcoming Wall Street speech gave Congressional budget-watchdogs the motivation they needed to revive their efforts.

Telling USA Today that “the Obama hypocrisy” was “revealing” and “self-serving,” Chaffetz has  once again sounded the battle cry against presidential golden parachutes. Chaffetz and Sen. Joni Ernst (R-Iowa) are sponsors of companion bills in the House and Senate that will re-introduce the provisions of the Presidential Allowance Modernization Act. Primarily, the new legislation would cap the presidential pension at $200,000 with an additional $200,000 for expenses, but those payments would be reduced dollar-for-dollar for all earnings above $400,000. So let’s not cry for the Obamas. If passed, the new law would still ensure that they never go below an annual $400K budget; they just signed a $65 million book deal, so I think they’re pretty set.

The history of this whole issue isn’t even partisan. Like its earlier counterpart, it has bipartisan backing. Rep. Elijah Cummings (D- Maryland) has gone on record with strong support of this bill, just as he did last time. The 2016 bill passed easily through both houses of Congress, and when Obama slammed it down with a veto, it took most of Congress by surprise. It’s worth noting that Obama’s articulated reasoning for the veto was that the bill would cause “unintended consequences,” such as unforeseen layoffs of ex-presidential staff. I get it, but if there were ever a subject for which tightening belts now will serve us well later, this is it.

The fact that we throw millions at already-rich ex-Presidents with astronomical earning potential feels gross against the backdrop of regular Americans who can barely afford to retire at all. I won’t lie—it bugs me that this problem will only be solved now because Republicans hate Obama and will take any opportunity to knock him down. But sometimes, progress has evil at its core (See, e.g., Oppenheimer), and I’m more than willing to give the GOP a victory if it’ll mean eliminating such truly absurd levels of government waste.

During his campaign, President Trump was quite public about his promise to forego a salary while in office. That was basically a lie. What Trump actually did was donate his first-quarter salary to the National Park Service on April 3. That’s nice and generous and all, but let’s be clear: donating money to the charity of your choice is not the same thing as not earning the salary in the first place. If you don’t believe me, just ask the IRS. They’ll tell you that “controlling money” is the same thing as “having money,” and I’m with them on this one.

It’ll certainly be fun to see what 45 does when the bill reaches his desk. Likely, the political pressure to endorse a bill sponsored by the GOP – particularly one that had been vetoed by the Evil Obama Regime – will be irresistible, and we’ll get some financial reform at the hands the least-likely suspect.  Small victories, people. Small victories.