Ex-French President’s Conviction Shows ‘First-World Countries’ Can, Do, and Should Punish Their Former Leaders for Wrongdoing 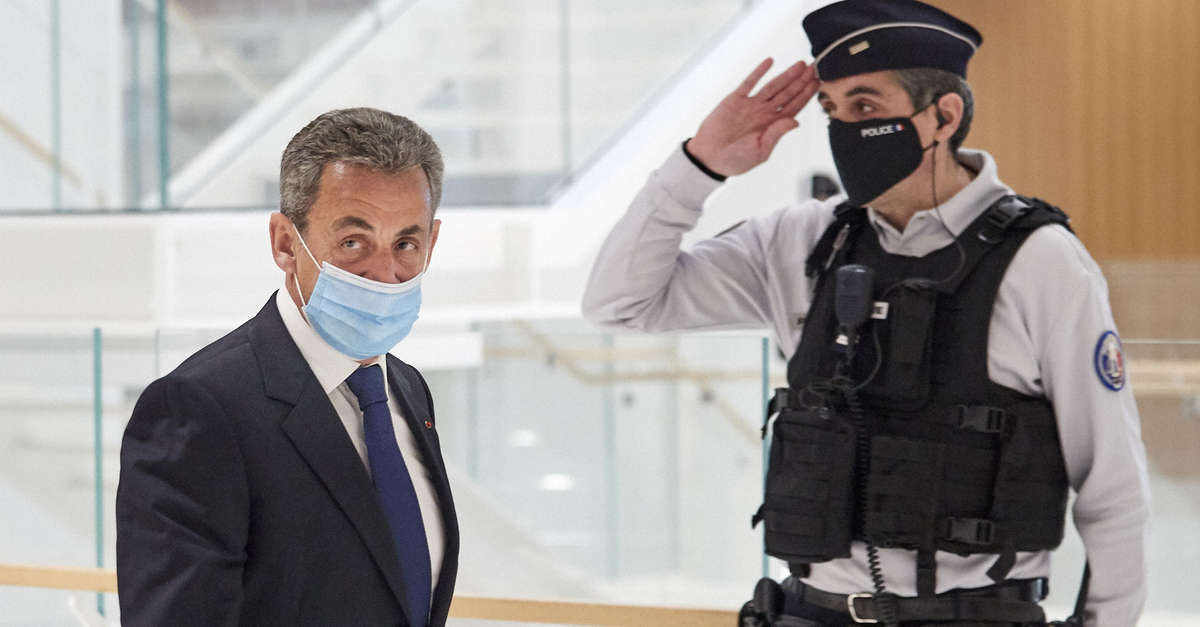 Nicolas Sarkozy leaves court after being found guilty of corruption and influence-peddling on March 01, 2021 in Paris, France.

Former French President Nicolas Sarkozy was criminally convicted of corruption charges and sentenced on Monday. The case may or may not be a sign of things to come for former U.S. President Donald Trump. Either way, the legal development serves as proof that “First-World countries” can, do, and should punish their top leaders for wrongdoing—even after they have left office.

Since the election of 2016, the word most often used to describe the Trump presidency was “unprecedented.” So much of what Trump is, what he did, and what others did in his name simply had no analogous predecessor. Ironically, it was ultimately this lack of precedent that procured Trump a second acquittal after impeachment.

Despite the overwhelming evidence and obvious nature of Trump’s wrongdoing, the Senate shielded Trump from the natural consequences of his actions on the basis that no other president has ever been convicted after his term expired. The paper-thin logic that War Secretary William Belknap’s 1876 acquittal necessitated Trump’s 2021 acquittal made no sense, but it was enough for a GOP desperate to move on from the unprecedented events of Jan. 6 without condemning Trump.

Nicolas Sarkozy’s conviction and sentence Monday has the potential to become a powerful redeeming ingredient thrown into the rancid stew of opportunism that has become the modern American Republican party.

Sarkozy served as the French president from 2007 to 2012. After a failed attempt to return to public office in 2016, Sarkozy was prosecuted for trying to illegally obtain information from a magistrate in 2014 about an ongoing investigation into Sarkozy’s campaign finances. Sarkozy was found guilty of trying bribe a judge with a prestigious job in return for getting inside information about the investigation against Sarkozy. Though Sarkozy will likely not serve any actual jail time due to the appellate process, he was sentenced to two years in prison for his crimes. This dramatic fall of a former French president, though an ocean away, is not irrelevant to the political climate here.

France has been a powerful ally of the United States starting even before the official birth of our nation. An alliance begun with the Marquis de Lafayette and spanning to Emmanuel Macron is undeniable in both scope and weight. Our revolutions are inexorably connected. Our founding principles are intertwined, and our founding documents forever related.

Certainly, there are meaningful differences between the French and American legal systems, but the relationship is underlaid by a potent mutual respect. Most would agree that our systems of law and government are but two paths to the same road of value and virtue.

It is because of this longstanding relationship between countries that Senator Marco Rubio’s (R-Fla.) recent statement was met with equal measures of fury and ridicule. Pledging his bewildering but undying support to the twice-impeached President Trump, Rubio absurdly declared of the impeachment proceeding: “This is terrible for the country; it sets a terrible precedent. Only in the Third World do you see this habitual use of the — uh — you know — prosecutions of former leaders.”

As my Law&Crime colleague Aaron Keller put it, “Rubio either never knew or conveniently forgot that several leaders of first-world countries have been prosecuted in recent memory; some have even been incarcerated.”

Now, sandwiched between Trump’s impeachment redux and his potential criminal prosecution stands a parallel event impossible to ignore. France has convicted its former president. Sarkozy and his crimes stand in eerie similarity to Trump and his misdeeds: Sarkozy, a failed political conservative with a lust for personal power and a supermodel wife, would stop at nothing to regain control.

It’s fair to say that Sarkozy’s conviction is an extraordinary event; this is only the second time in modern French history that a former president has been convicted of a crime. Before this, former president Jacques Chirac was found guilty in 2011 of misuse of public funds during his time as mayor of Paris decades earlier; he served no jail time after being handed a two-year suspended sentence. Before that, Marshal Philippe Pétain was prosecuted and sentenced to death in 1945 for collaborating with the Nazis.

Sarkozy’s fate may well be a harbinger of Trump’s. Georgia has begun a criminal investigation related to Trump’s phone call with Secretary of State Brad Raffensperger. Meanwhile, the investigation in New York is ratcheting up and posing a threat to the Trump family business, potentially covering a number of topics ranging from tax fraud to falsification of business records to insurance fraud and even hush-money payments. Sarkozy’s conviction could be relevant not only as a general trend, but also as a specific escape valve for a political predicament.

Trump’s second impeachment brought into sharp focus what so many already knew: that the problem with Trump isn’t Trump — it’s Trumpism. So many Americans have been infected by fact-denying conspiracy-peddling Trump nonsense that their massive political power is irresistible to any Republican seeking power. A vote against Trump will be interpreted as a declaration of war against those who love him, and the political guillotine will fall without mercy. Republican Senators presiding over the impeachment trial knew this, and chose power over principle. In order for the GOP to support anything anti-Trump, it must somehow be believably impartial. In that sense, Sarkozy’s conviction and sentence—or another judgment like it—offers just enough political cover to be effective.

In direct contrast with (and perhaps even more so because of) Trump’s frontal assault on globalism, the world has become a smaller place in the past year. We watched a global pandemic decimate Italy before wreaking havoc within our borders. We eagerly await daily statistics from other countries and are constantly reminded that COVID-19 acknowledges no borders. If there were ever a time when ordinary voting Americans would find France’s news relevant to our own, it’s right now. If France’s conservatives could separate themselves from Sarkozy enough to endure his conviction and survive thereafter, perhaps American conservatives could do the same with their undeserving hero.