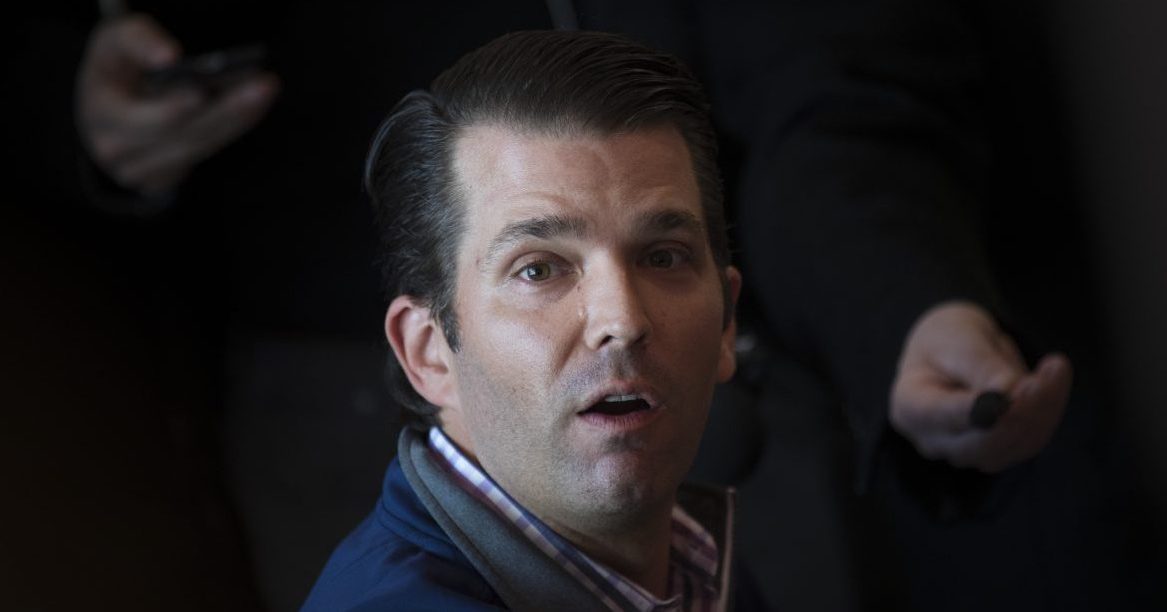 Donald Trump Jr., as many others are have on social media, has reacted to the Great Purge of Alex Jones on platforms like Facebook, YouTube, and Spotify with worries about censorship. Let’s just say that Sen. Chris Murphy‘s (D-Conn.) commentary on the matter didn’t exactly help assuage those fears. Actually, Murphy confirmed them, but Trump Jr.’s response also missed the mark.

Trump Jr. argued that Murphy had revealed his true goal of censoring conservative media, essentially using “Big Tech” as an arm of the Democratic Party to police thoughts and information.

How long before Big Tech and their Democrat friends move to censor and purge @BreitbartNews, @DailyCaller and other conservatives voices from their platforms? https://t.co/sFS7mr8Pco

“How long before Big Tech and their Democrat friends move to censor and purge @BreitbartNews, @DailyCaller and other conservatives voices from their platforms?” he asked.

The funny thing about Trump Jr.’s reply is his seemingly unintentional equivalence of “conservative media” with “hate and lies.”

If you read what Murphy said, it’s easy to see why Trump Jr. would read between the lines the way he did. That’s what a lot of people were doing and will continue to do, but this is not a logical leap. It’s a slippery slope argument.

Perhaps Trump Jr. will be proven right over time, but meanwhile it’s worth mentioning this: nowhere did Sen. Murphy use the word “conservative.” He said the words “hate,” “lies,” “tear our nation apart.”

By Tuesday morning, Murphy responded to the backlash on his initial tweet by arguing that deciding not to host “hate and lies” on a private platform “is not the same as government censorship.”

Private companies deciding not to let their platforms be used to spread hate and lies is not the same as government censorship. If it feels the same, then we need to ask why a small handful of companies have so much control over the content Americans see.