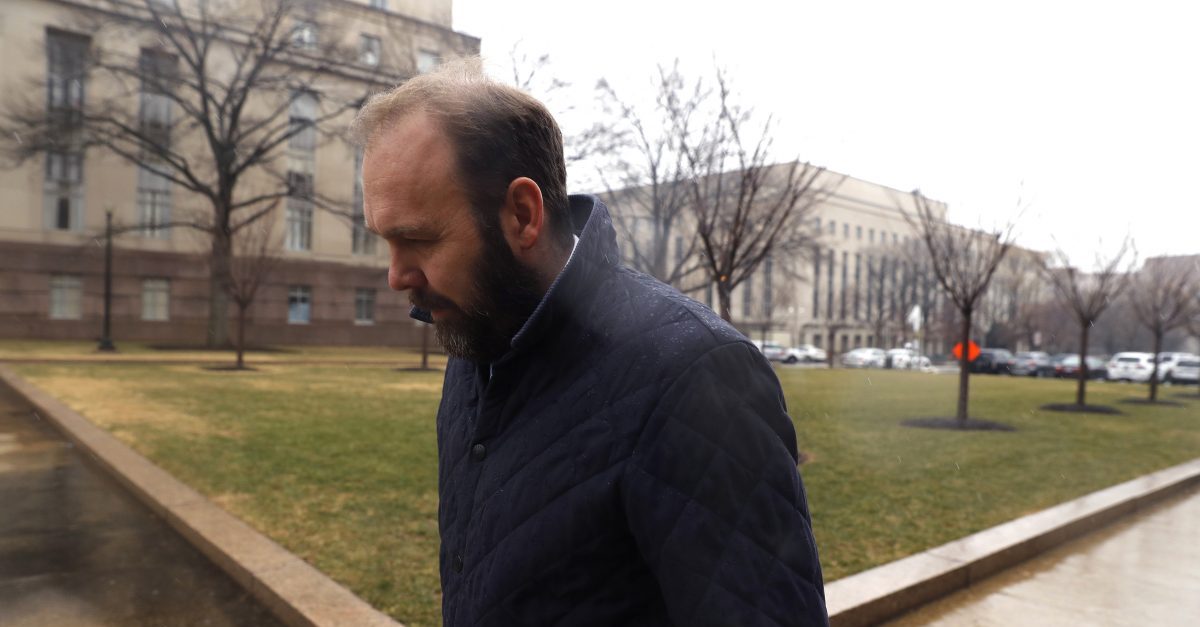 Rick Gates, the former associate of one-time Trump campaign manager Paul Manafort, is testifying in Manafort’s criminal trial for alleged bank and tax fraud. Gates was also charged in the case, but he made a deal with Special Counsel Robert Mueller‘s office to plead to a lesser charge in exchange for his cooperation. That deal makes his testimony suspicious, according to former New York Police Department Commissioner Bernard Kerik.

“Gates is going to do and say whatever the prosecutors want him to say, which is why I wouldn’t believe a word that comes out of his mouth,” Kerik said in a Tuesday morning tweet.

So, Gates is going to do and say whatever the prosecutors want him to say, which is why I wouldn’t believe a word that comes out of his mouth. Unfortunately, that is how the system works, and that is not justice. https://t.co/ql9bHVikb6

Kerik said that Gates’ testimony is the result of a deal Gates made to save himself, and that his freedom is contingent on being able to help Mueller convict Manafort. This is just the first of two trials in cases based on allegations involving Manafort and Gates. The current federal trial in the Eastern District of Virginia is based on alleged tax and bank fraud, while next month’s Washington, D.C. trial deals with allegations of conspiracy, money laundering, and acting as an unregistered foreign agent. Both cases are connected to work Manafort and Gates did for the Ukrainian government.

Prosecutors are hoping that testimony from Gates, who has firsthand knowledge of Manafort’s actions, will convince a jury of Manafort’s guilt. Kerik, on the other hand, isn’t putting any weight on Gates’ words because of his motivation for testifying.