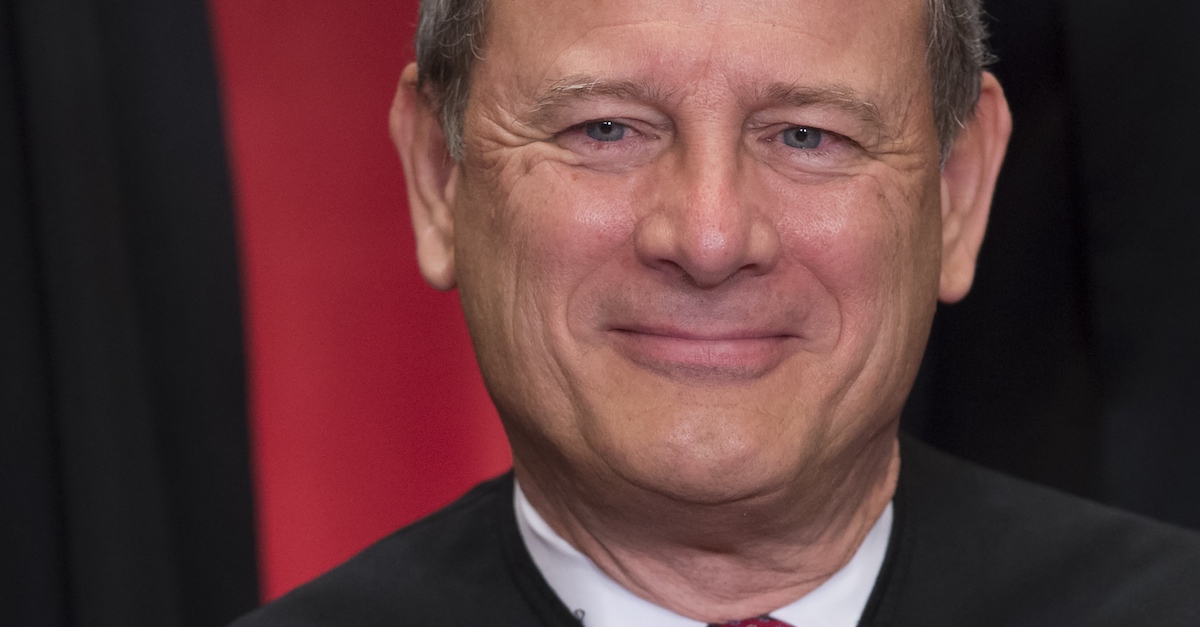 Roughly a century and a half before the publication of a leaked draft opinion that would overturn Roe v. Wade, another monumental Supreme Court disclosure would live in historical infamy: the Dred Scott decision.

“Before it was issued, one of the justices—Justice Catron, who was from Tennessee and voted in the majority in Dred Scott—was in constant contact with the White House, constant contact with [then-President elect James] Buchanan, after the election and before his inauguration to tell him what was happening in the Supreme Court in that case,” Northwestern University Pritzker School of Law Professor Steven Lubet noted on the latest episode of Law&Crime’s podcast “Objections: with Adam Klasfeld.”

Then-Chief Justice Roger Taney, the author of the 1857 decision which found that Black people had “no rights which the white man was bound to respect,” was seen whispering in Buchanan’s ear before the latter took the oath of office.

“Nobody knows what [Taney] said, but then Buchanan, in his inaugural address, said, ‘I understand that the Supreme Court is going to fully resolve the issue of slavery in the next few weeks, and then we won’t have to worry about it anymore,'” Lubet noted, summarizing the 15th President’s remarks.

When Politico obtained and published the draft majority opinion of Dobbs v. Jackson Women’s Health Organization, some commentators compared that leak to Time Magazine’s early scoop on Roe v. Wade, the decision that Dobbs appears poised to overturn. But Lubet believes that Dred Scott is the more apt historical comparison in terms of the impact of the breach.

Since Time published the outcome mere hours before the opinion went public, Lubet noted: “I don’t think anybody got too upset about that, or if they got upset, it didn’t stick because Roe v. Wade was such a tidal wave.”

In a recently opinion piece on Law&Crime, Lubet argued: “It’s Time for Chief Justice Roberts to Take a Look in the Mirror.”

The latest episode of “Objections” details in greater depth why the professor believes the chief bears some responsibility for what he calls the Supreme Court’s “accountability-free zone.” The Supreme Court is the only one in the United States never to have adopted a code of conduct, and it has remained silent in the face of controversies involving justices.

“U.S. Supreme Court justices speak at what seemed to be fundraising events with some frequency,” Lubet noted. “I tried to get behind this. I sent repeated emails to judicial chambers.”

When the professor has pressed for information about those events, he said that he received “no answers, no answers.”

Nor does Lubet spare criticism based on perceived political affiliation: He called the late Justice Ruth Bader Ginsburg’s proclamation that she would move to New Zealand if Donald Trump became president “flatly unethical,” not merely “ill-advised,” as she conceded.

“I don’t think judicial ethics is a partisan issue,” he said.

Lubet also noted that Justice Clarence Thomas had to revise thirteen years of his annual financial disclosures due to his improper failure to report his wife’s income, including $680,000 from the conservative Heritage Foundation. He also believes the court has turned too much of a blind eye to Ginni Thomas’s text messages to Trump’s chief of staff Mark Meadows — messages which reveal her apparent endorsement of outlandish 2020 election-related conspiracy theories.

“Clarence Thomas should not be sitting in cases involving Jan. 6, because his wife was, if not a key player, she was an active player,” the professor noted. “And in fact, [Thomas] sat in the case involving subpoenas from the Jan. 6 committee, one of which could very reasonably end up being served on his own wife.”

Currently, justices are the sole arbiters of whether they recuse on any given case and have no obligation to explain their decisions.

In the episode, Lubet traces the development of the first U.S. judicial code of ethics to former President and ex-Chief Justice William Howard Taft, and he explains efforts after Watergate to make those guidelines mandatory, rather than aspirational. He also unpacks ongoing efforts in Congress that would require the Supreme Court to develop an ethics code, create new mechanisms for recusal, and expand access to court proceedings through live-streams.