The Politico Leak: It’s Time for Chief Justice Roberts to Take a Look in the Mirror 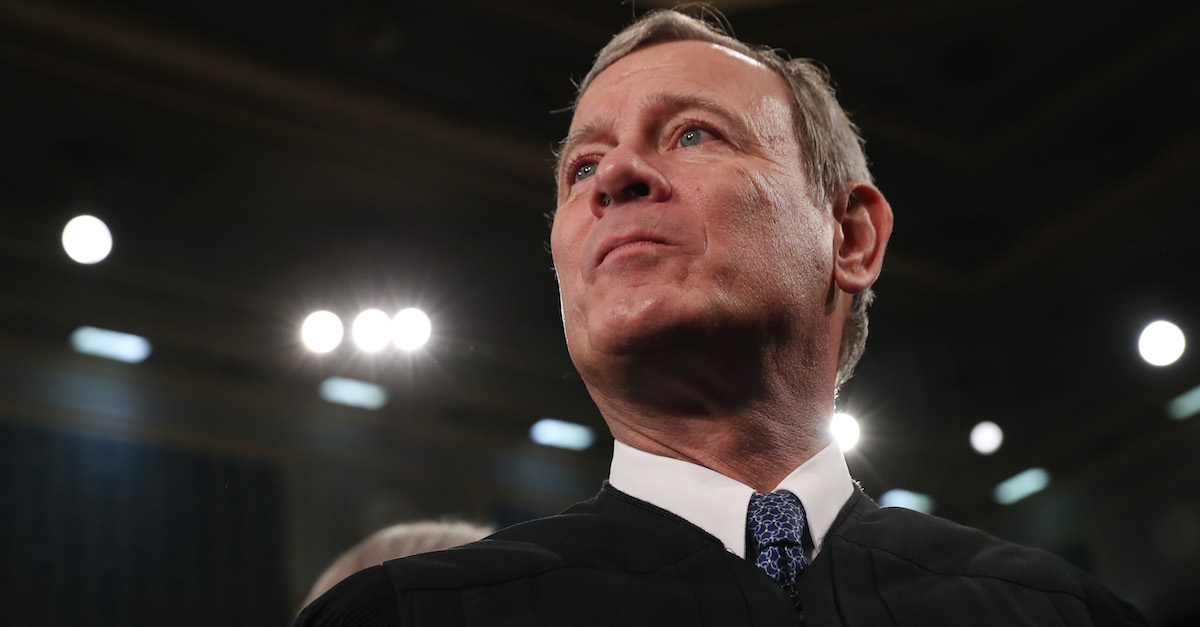 Supreme Court Chief Justice John Roberts is furious over the leak of Justice Samuel Alito’s draft majority opinion that appears to portend the complete demolition of constitutional abortion rights in the U.S. Calling the leak to the website Politico a “betrayal” of confidences and a “singular and egregious” breach of trust, Roberts announced that the marshal of the court would “launch an investigation to get to the source of the leak.” The prime suspects, of course, are the Court’s 36 clerks and the other justices themselves, each of whom might have had access to Alito’s draft. Roberts appears, either intentionally or otherwise, to have absolved the clerks, whom he called “intensely loyal” with and exemplary tradition of respecting confidentiality. That leaves the possibility of a rogue justice, whose possible motives – for either conservative or liberal objectives – have been the subject of much speculation in the press. If it turns out that Politico’s source was one of his colleagues, Roberts bears more underlying responsibility for the breach than he has been willing to admit.

The Supreme Court has long operated in a culture of ethical impunity, although obscured by an aura of legitimacy, and Roberts has done nothing but enable it since becoming chief. The natural result has been a court in which the justices each act independently, even on ethics issues, answerable to no one. It was predictable, if not inevitable, that a justice might one day decide that respect for confidentiality was less important than some other strategic advantage or strongly held value.

Roberts has had many opportunities to reign in the justices’ sense of ethical entitlement. He was confirmed and appointed shortly after the late Justice Antonin Scalia famously refused to recuse himself in a case involving then Vice President Dick Cheney, even though the two had gone together on a Louisiana duck hunt while the case was pending. Notably, Scalia made the decision entirely on his own, following the Court’s “historic practice” of deferring to individual justices on recusals, thus making them the only judges in the U.S. to exercise unreviewable discretion over their personal ethics choices. As the new Chief Justice, Roberts might have instituted a change in this protocol, presenting recusal motions to the full court rather than to the challenged justice. Instead, he has consistently doubled down on the justices’ prerogatives, resisting every call to establish a system of collective responsibility.

In 2011, Roberts devoted his entire Year-End Report of the Federal Judiciary to explaining why the Supreme Court – unlike every other court in the U.S. – has never adopted a code of conduct. “Every Justice seeks to follow high ethical standards,” he said (capitalization original), stressing that the consciences of his colleagues were sufficient to allow each individual to make their own ethical judgments. “For that reason,” Roberts continued, “the Court has had no reason to adopt the Code of Conduct as its definitive source of ethical guidance.”

The justices have engendered no shortage of ethics issues, notwithstanding Roberts’s dismissal of a comprehensive code of conduct, but neither he nor the Court have issued a word in response. Justice Clarence Thomas had to revise thirteen years of his annual financial disclosures due to his improper failure to report his wife’s income, including $680,000 from the conservative Heritage Foundation, which often files amicus briefs in the Supreme Court.  The late Justice Ruth Bader Ginsburg created a well-deserved uproar when she repeatedly denigrated then-candidate Donald Trump during the 2016 presidential election. She eventually expressed regret for what she called her “ill-advised” remarks, but she did not apologize. In neither of these instances did Roberts or anyone else at the court comment on the two justices’ obvious ethical lapses.

Justice Thomas has consistently participated in cases where either the parties or potential outcome were linked to his wife’s political activism. Justice Elena Kagan and Justice Ginsburg encountered their own recusal controversies for sitting in cases involving their personal or political interests. Most recently, Justice Amy Coney Barrett sat in in a case where one of the parties was the charitable arm of an organization that had spent over $1 million supporting her confirmation to the Court, with the evident approval of Chief Justice Roberts. Justice Barrett did not even reply to a letter from two Democratic senators who requested that she recuse herself.

When it comes to ethics issues, the nine justices have acted as unconstrained free agents for decades, resolving questions and making decisions entirely according to their own lights, with no acknowledged rules or collective frame of reference. Uniquely lacking a written code of conduct, there is actually no provision barring a justice from disclosing a draft opinion or any other information from the Court’s deliberations. And indeed, several justices have been anonymous sources for journalists, without suffering apparent reprimands or repercussions.

Chief Justice Roberts apparently thought it was just fine to proceed by consensus or tacit agreement on questions of ethics, but the leak to Politico suggests that he might well have been wrong. Justices who have come to regard themselves as the sole arbiters of their own ethical obligations may have very different priorities from their colleagues when the chips are down on matters of historic weight.

It will be some time before the leaker’s identity is discovered, if ever. Should it turn out to have been a rogue justice, it would be a stretch to call the release of the abortion opinion a “singular and egregious” breach of trust, rather than the ultimate expression of a decades-old, accountability-free regime. And if so, nobody is more to blame than the Chief.