After a Ruling Ousted the Fulton County DA from Investigating Him, a Georgia State Senator May Find Himself in Friendlier Territory 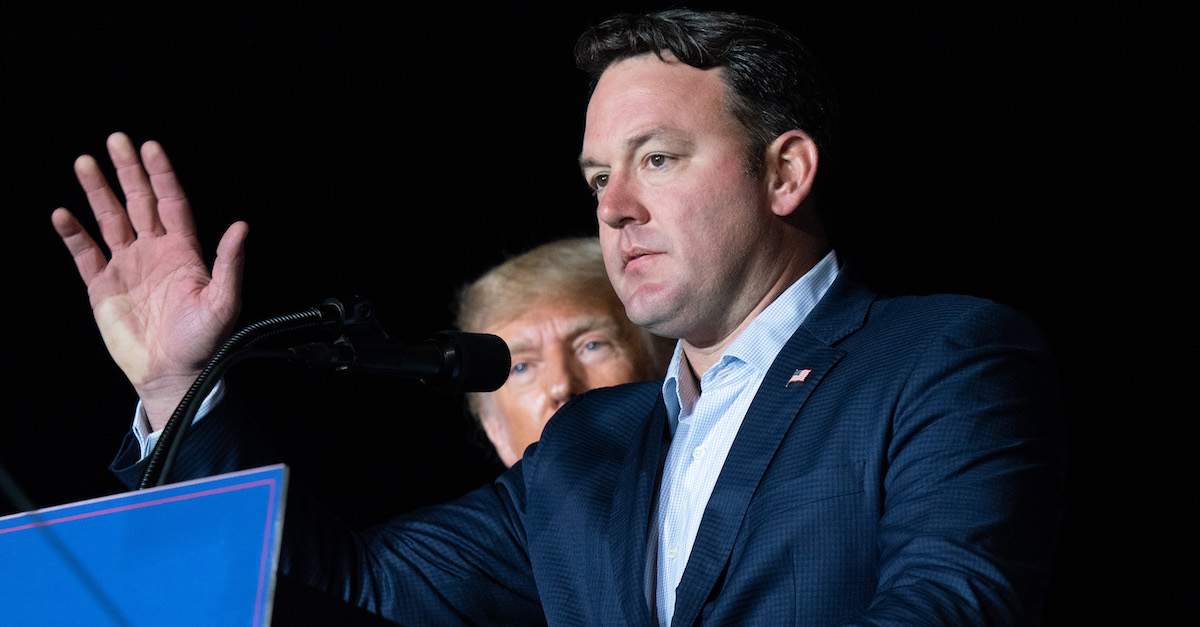 After finding himself inside the crosshairs of an internationally watched investigation into attempts to overturn the 2020 election, Georgia state Sen. Burt Jones (R) notched a courtroom victory earlier this week by successfully disqualifying the prosecutor who announced that he was a “target.” The politician may not have wide name recognition outside of Georgia, but he’s currently running for lieutenant governor, the state’s second highest executive branch post.

Fulton County District Attorney Fani Willis (D), in what a Georgia judge described as a “What were you thinking” moment, attended a fundraiser for his rival.

“This is not an invisible prosecution,” Georgia appellate attorney Brandon Bullard — who is intimately familiar with the Peach State’s laws and politics — noted in the latest episode of Law&Crime’s podcast “Objections: with Adam Klasfeld.”

“Every step is going to be scrutinized and to think that this wasn’t going to matter: It’s a lapse — at least a lapse in awareness, if not a lapse of judgment,” Bullard added.

The DA’s disqualification from the Jones investigation does not end the senator’s possible criminal exposure. The ruling calls for another prosecutor to determine whether his case should be reassigned, but Bullard assessed that the Jones likely found himself in friendlier territory.

“If politics matter — and that really depends on the individual, but if politics matter — the Senator Jones, who’s the candidate, just has better odds,” Bullard said. “If you’re drawing marbles, he now has odds of drawing a favorably colored marble.”

A Donald Trump loyalist, Jones warmed up the audience for the former president on the campaign trail and counted himself among the 16 people falsely claiming to be a legitimate elector for his second term. Trump lost to Joe Biden in Georgia by a substantial margin of just more than 12,000 votes, confirmed by a hand recount. The Fulton County DA’s office recently revealed that all of the false Trump electors in Georgia have been designated as “targets,” meaning that they may be indicted.

If Jones were to be charged, however, a different prosecutor’s office would have to take the lead. A Georgia law that took effect earlier this month puts Georgia’s Prosecuting Attorneys’ Council in charge of that decision, and that entity — known to few outside the state — skews heavily Republican in its orientation and its leadership.

“If we’re concerned about the optics of the Democratic prosecutor in Atlanta prosecuting or at least investigating the Republican candidate for lieutenant governor, while the same time supporting the Democratic candidate for lieutenant governor,  you’re gonna have a hard time going through and finding someone who’s not similarly biased, or who does not draw at least a similar criticism, even if they might not draw a similar motion to disqualify,” Bullard noted.

The council’s executive director Peter J. Skandalakis, who is the District Attorney for the deep red Coweta Judicial Circuit, put out a statement punting any decision until the special grand jury releases a report.

“It is well-documented that this is a special grand jury that is investigating the issues before it, and this grand jury cannot issue criminal indictments,” Skandalakis noted. “Therefore, pending further analysis it may be premature to appoint a criminal prosecutor at this time.”

As Skandalakis noted later in his statement, the disqualification order does not prevent the special grand jury itself from pursuing the investigation where they desire.

“Given these parameters, it may be best to allow this special grand jury to conclude this portion of the investigation before a conflict prosecutor becomes involved in this case,” Scandalakis said.

There is no word on when the special grand jury will release its report, though Judge Robert McBurney — who is presiding over the investigation — warned that he will not permit its release in an “October surprise.” Though McBurney’s disqualification ruling is indisputably a setback for Willis, Bullard believes it might be a blessing in disguise by preserving the perception and integrity of her investigation.

“At least removing Ms. Willis from this portion of the investigation increases the likelihood that it removes a basis for later objection,” said Bullard, who previously served as appellate director for Georgia’s Public Defender Council. “It’s one less thing to complain about later.”

If Jones ultimately is indicted, Bullard noted, the senator may cite it in a public relations campaign, casting his prosecution as “a political hack job.”

But Bullard noted that the Fulton County DA’s mechanism for launching the investigation through the special grand jury insulates her from such accusations.

“Whatever they recommend is at least going to be The People’s recommendation,” he noted.

After the disqualification ruling, representatives for Sen. Jones and the Fulton County DA’s office did not respond to Law&Crime’s emails requesting comment.