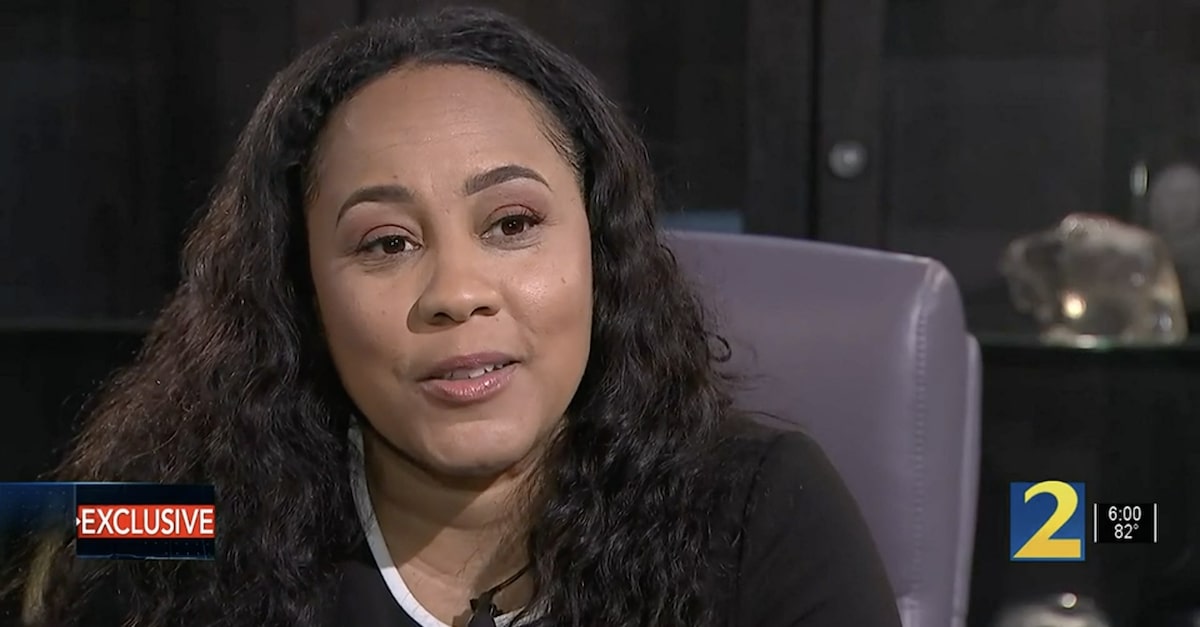 Days after railing at what he described as the prosecutor’s “What were you thinking?” moment, a Georgia judge disqualified Fulton County District Attorney Fani Willis (D) on Tuesday from investigating state Sen. Burt Jones (R). Willis had attended the fundraiser of Charlie Bailey (D), who is Jones’s rival for the position of lieutenant governor.

The limited order does not prevent Willis from investigating 11 other fake Donald Trump electors or otherwise inhibit a special grand jury probe into efforts to overturn the 2020 election. It also does not prevent another prosecutor from scrutinizing Jones in connection with the suspected scheme, but it would put that decision under the purview of Georgia Attorney General Christopher Carr, an elected Republican. But a Georgia law that went into effect earlier this month put conflict decision’s in the control of a nine-member council of prosecuting attorneys.

“The optics are horrific,” McBurney scolded at the time. 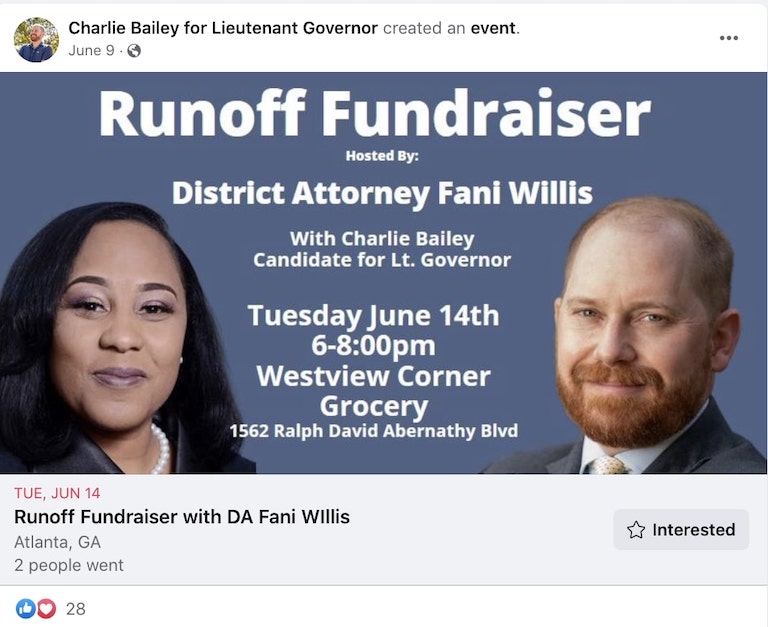 McBurney expanded upon those remarks in his ruling.

“The fundraiser appears to have been a success, earning Bailey’s campaign thousands of dollars,” the order states. “It is important to note that, as counsel for the District Attorney rightly pointed out at the hearing on the motion to disqualify, the fundraiser was entitled a ‘Runoff Fundraiser’ and occurred when Bailey was battling Kwanza Hall for the Democratic nomination. But more relevant — and harmful — to the integrity of the grand jury investigation is that the die was already cast on the other side of the political divide: whoever won the Bailey-Hall runoff would face Senator Jones. Thus, the District Attorney pledged her name, likeness, and office to Bailey as her candidate of choice at a time when, if Bailey were successful (which he was), he would face Senator Jones.”

In a footnote, the judge said that Willis also donated to Bailey in her personal capacity, which he said — by itself — would not be an adequate basis for disqualification.

According to his order, Willis cannot investigate or subpoena Jones, nor can she designate him as a target or have a special grand jury render finding as to the state senator in its upcoming report.

“This does not mean that the District Attorney cannot gather evidence about Senator Jones’s involvement in efforts to interfere with or undermine the 2020 general election results,” McBurney wrote in his order. “Her office may ask witnesses about the Senator’s role in the various efforts the State Republican party undertook to call into question the legitimacy of the results of the election. What her office may not do is make use of any such evidence to develop a case against the Senator. That decision, as to whether any charges should be brought, and what they should be, will be left to a different prosecutor’s office, as determined by the Attorney General.”

Attorney Mitchell Epner, a former federal prosecutor who is now a partner at firm Rottenberg Lipman Rich PC, noted that Carr once served on the Board of Advisors of the Atlanta branch of the Federalist Society. The ex-prosecutor opined that if Carr pursued the investigation at all, he may “pick somebody whom he is assured will not actually continue the investigation.” Some elected Republicans in Georgia — like Gov. Brian Kemp, Secretary of State Brad Raffensperger and voting systems manager Gabriel Sterling — vocally opposed Trump’s efforts to overturn the 2020 election, but Epner noted that Carr didn’t find himself in national headlines often as a figure “sideways” to Trump. Kemp reportedly plans to testify in the Fulton County DA’s probe on Monday afternoon.

The former president’s supporters did, however, criticize Carr for not doing enough to amplify Trump’s false claims of massive fraud in the 2020 election. In May, Carr defeated a Trump-backed primary rival who wanted to re-litigate that the former president’s defeat in Georgia. The Peach State’s particular manner of dealing with prosecutorial conflicts appears to have sidestepped the political intrigue.

Despite a direct order putting the senator’s probe under Carr’s purview, Georgia’s law spurred the Prosecuting Attorneys’ Counsel to release a statement indicating that the AG is “no longer responsible for this particular matter.” The council’s director has made no decision to date as to how to proceed.

Of the remaining false Trump electors, 11 others sought Willis’s disqualification, but McBurney found their allegations of political motivation lacking.

“One of those eleven, Shawn Still, is running for the State Senate but he has offered no evidence that the District Attorney or anyone else from her office has materially supported either his campaign or the campaign of his opponent,” his ruling states.

Willis’s office and counsel for Jones did not respond to Law&Crime’s emails requesting comment.

Update—July 25 at 4:33 p.m.: This story has been updated to include information and expert commentary about the attorney general who will be in charge of assigning any investigation of Jones.