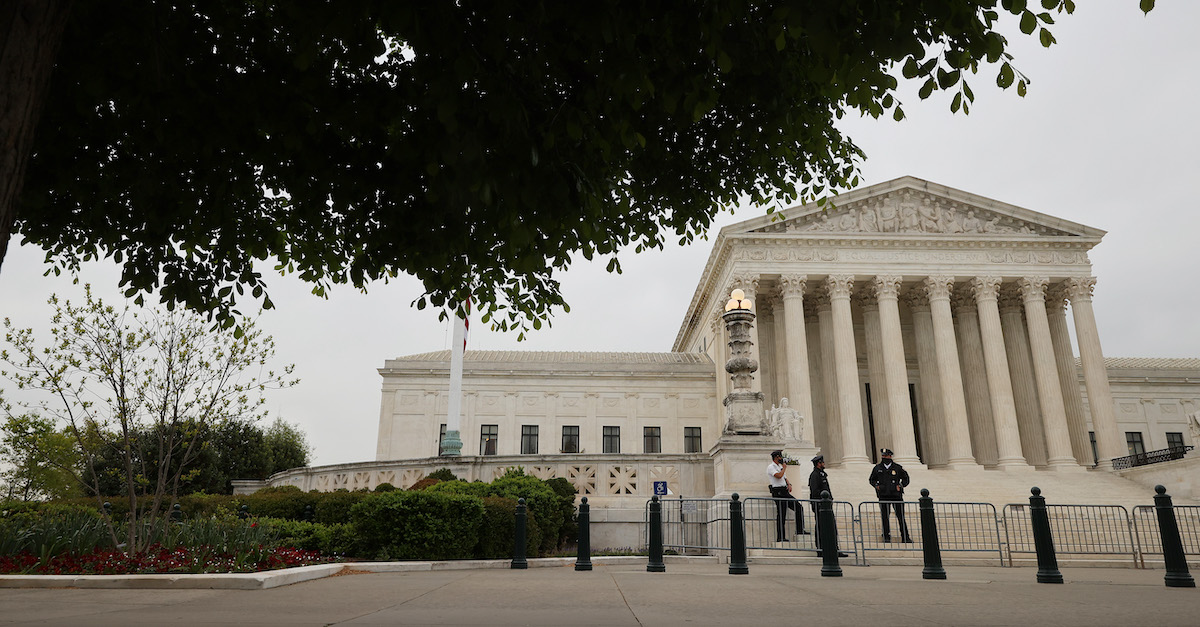 This week, the Supreme Court of the United States will hear oral argument in three First Amendment cases. While government regulation of speech lies at the heart of these cases, their facts — which range from a cheerleader’s use of profanity on social media to state regulations for charitable contributions —  could not be more different.

California law requires charities within the state to submit a list of the names and addresses of their major donors. Under this policy, non-profits must report anyone who donated $5,000 or more or who contributed more than 2-percent of the organization’s total contributions to the state; California then keeps that information confidential.

Conservative watchdog groups filed lawsuits arguing that the policy violates the First Amendment, specifically in that it deprives donors of their privacy in association. According to the plaintiff petitioners, “California has no need to compel this sensitive donor information to serve any law-enforcement goal,” and the state “virtually never uses” any of the information for law-enforcement purposes.

The Ninth Circuit applied “exacting scrutiny” and sided with California; petitioners now ask SCOTUS to reverse, arguing that the case is a politically-charged matter of the highest stakes. From Americans for Prosperity’s brief:

This is not the time or the climate to weaken First Amendment rights to anonymity. Social and political discord have reached a nationwide fever. Perceived ideological opponents are hunted, vilified, and targeted in ways that were unthinkable before the dawn of the Internet. As partisan pendulums swing back and forth in governmental offices, and as online campaigns rage against perceived ideological foes, donors to causes spanning the spectrum predictably fear that exposure of their identities will trigger harassment and retaliation far surpassing anything reasonable people would choose to bear. Vindicating freedom of association in this context will therefore mean the difference between preserving a robust culture and practice of private association and charitable giving, versus opening the door to chilling governmental intrusion.

On Wednesday, April 28, the Court will again consider the First Amendment in Mahanoy Area School District v. B.L., a case about a high-school student’s Snapchat story.

“B.L.” had been shopping with friends on a Saturday afternoon in 2017 when she posted a Snapchat story showing her frustration with a recent decision by her cheerleading team. The post included a selfie in which B.L. and her friend extended their middle fingers. The caption read, “Fuck school fuck softball fuck cheer fuck everything.” A second post said, “Love how me and [another student] get told we need a year of jv before we make varsity but that’s [sic] doesn’t matter to anyone else?”

When B.L.’s school officials saw the post, B.L. was cut from the junior varsity cheerleading team on the grounds that she had violated team and school rules. The school’s official policy requires athletes to “have respect for [their] school, coaches . . . [and] other cheerleaders,” avoid “foul language and inappropriate gestures,” and refrain from sharing “negative information regarding cheerleading, cheerleaders, or coaches . . . on the internet.”

B.L.’s parents ultimately brought a federal lawsuit after they exhausted their appeals at the school-district level. At both the district and circuit court levels, they won. The case, though, presents complex questions regarding “off-campus” speech. While under prevailing law students do not “shed their constitutional rights to freedom of speech or expression at the schoolhouse gate,” schools may legally impose some limits on student speech, both on and off campus.

The case presents the Court with an opportunity to hand down a framework to be used by all circuits; currently, the approach used by the Third Circuit in B.L.’s appeal is at odds with approaches used by the Second, Fourth, and Eighth Circuits in other cases.