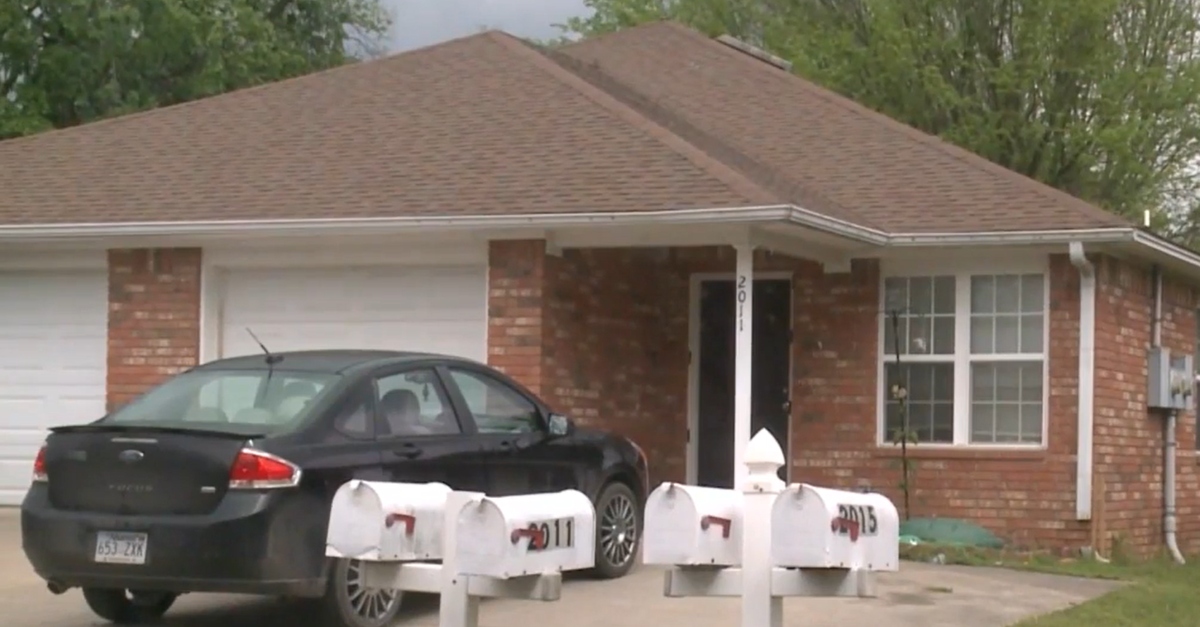 A man in Van Buren, Arkansas shot and killed his pregnant wife, and his stepson in a murder-suicide Sunday, cops said in a 40/29 News report. Van Buren Police Sgt. Jonathan Wear called this “one of the worst cases that we’ve had to ever deal with.”

Authorities identified the suspect as David Wayne Priest, 24. He fatally shot wife Paiden Nicole Priest, 23, who was in her third trimester of pregnancy, and he also killed stepson Grayson Alexander Beckham, 2, officers said.

The family lived in a duplex on the 2000 block of Williams Street. This shooting proved dangerous for their neighbors, too. A man next door told 911 at 12:41 a.m. on Sunday that bullets pierced the wall of the residence, and even landed on the bed headboard above — while he and his wife were sleeping.

“Me and my wife were sleeping and we heard a gunshot,” he said in the call. “It sounded like a gunshot. Then it happened again and we turned our light on and it looked like a gunshot came through our room from the drywall from next door.”

Officers found Paiden Priest, Grayson Beckham, and David Priest all with gunshot wounds inside their home, but the suspect was initially the sole survivor. He died at a hospital. Officers said they found a handgun at the scene of the murder-suicide.

Van Buren police say a man shot and killed his pregnant wife and stepson in a murder-suicide on Sunday https://t.co/PmmsMtoGiQ pic.twitter.com/UqEeeK0gTT

Citing a neighbor’s statement, Sgt. Wear said that it seemed like the couple had been arguing beforehand. Neighbors told the local ABC affiliate that they heard apparent arguing before the shooting.

Beyond that, there’s no clear indication of a motive.

“A couple weeks back they were all playing outside,” neighbor Sarah Beals said. “They’re always nice, they’re sweet. The wife’s beautiful and she was so pretty and the child was so sweet, so kind. No innocent life should be taken and a child not even born yet and a toddler, no life should be taken.”