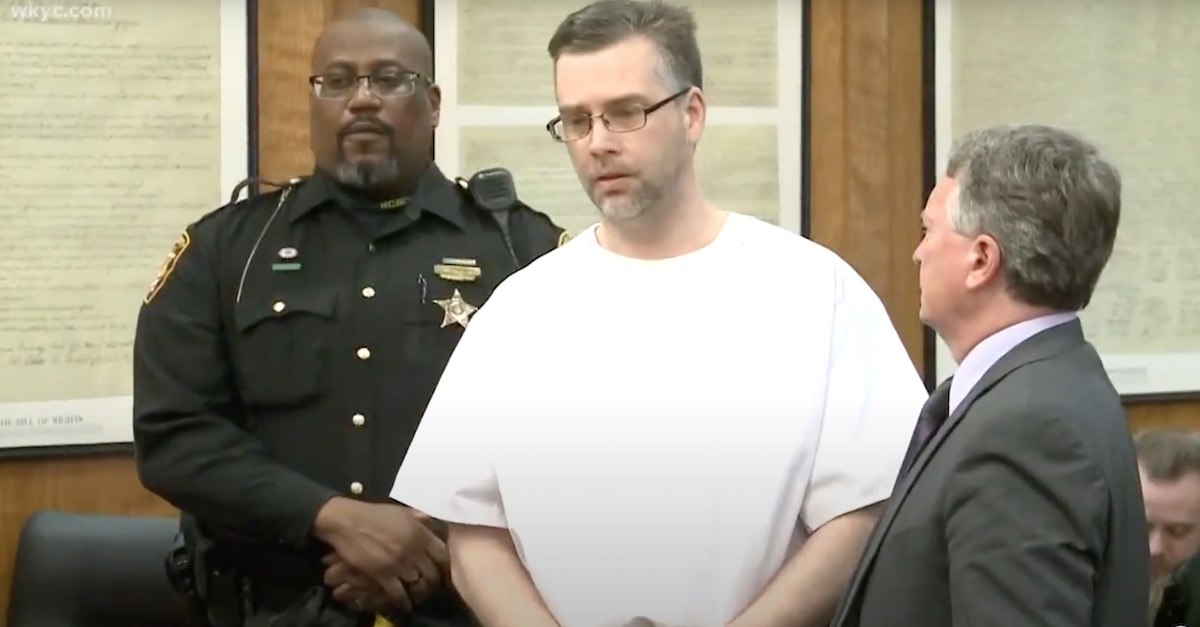 The Ohio Supreme Court affirmed the death penalty for convicted killer Shawn Grate on Thursday, finding “no reversible error in the proceedings below.”

Grate was convicted in 2018 of aggravated murder and kidnapping in the deaths of Elizabeth Griffith and Stacey Stanley. A third victim, identified as L.S. famously escaped from Grate’s home after he had fallen asleep.

In the early morning of September 13, 2016, the victim was able to use her attacker’s cellphone as he slept to call 911. The call was terrifying.

“I’ve been abducted,” she said.

When the police arrived on the scene, they found Griffith and Stanley’s decaying bodies in Grate’s house.

“E.G.’s naked and bound body was found under clothing and bedding in the second-floor closet. A bed in the second-floor bedroom had items of clothing attached to the bed frame that were suspected to have been used as bindings,” the Ohio Supreme Court said. “S.S.’s partially nude body was found under a pile of trash in the basement. A ligature or binding was around her neck. Another suspected sexual device was also found in the basement.”

In the appeal, Grate argued that he his defense lawyers were “deficient” because they did not request a change of venue for trial. The Ohio Supreme Court said Grate failed to establish that “he was prejudiced as a result of the trial occurring in Ashland County.”

Grate’s complaints about “juror Nos. 23 and 6 because they each recognized one of Grate’s victims” and his complaint that the jury wasn’t sequestered at trial both fell flat. So did his complaint about media access and attention.

Finally, Grate argued his lawyers “ineffective for withdrawing his plea of not guilty by reason of insanity (‘NGRI’) outside his presence and when evidence supported that plea” and that the “withdrawal of his plea in his absence was plain error.”

The Ohio Supreme Court did not agree.

Instead, the court found that the death sentence was “both appropriate and proportionate when compared to other kidnapping-murder cases.” Most importantly, the court found “no reversible error” and, thus, “affirm[ed] the convictions and the sentence of death.”

Ohio Justice Michael P. Donnelly concurred in the opinion and judgment while slamming Grate’s lawyers for their “concerning” performance and “more than plentiful” failings.

“I agree that the overwhelming evidence of Grate’s guilt negates any possibility of prejudice in an ineffective-assistance-of-counsel claim stemming from the trial phase of the lower-court proceedings. I am less confident that Grate was not prejudiced by his counsel’s deficient performance in the mitigation phase,” Donnelly said. “The alleged instances of counsel being ineffective in this case are very concerning. The failings by Grate’s defense counsel were more than plentiful; some were so blatant that they inspired the trial judge to intervene to prompt counsel to lodge the most basic of objections.”

“But the ineffective-assistance-of- counsel claims that I find to be particularly significant are related to counsel’s failure to present adequate psychiatric and neurological evidence in the mitigation phase of Grate’s capital proceedings,” he added.