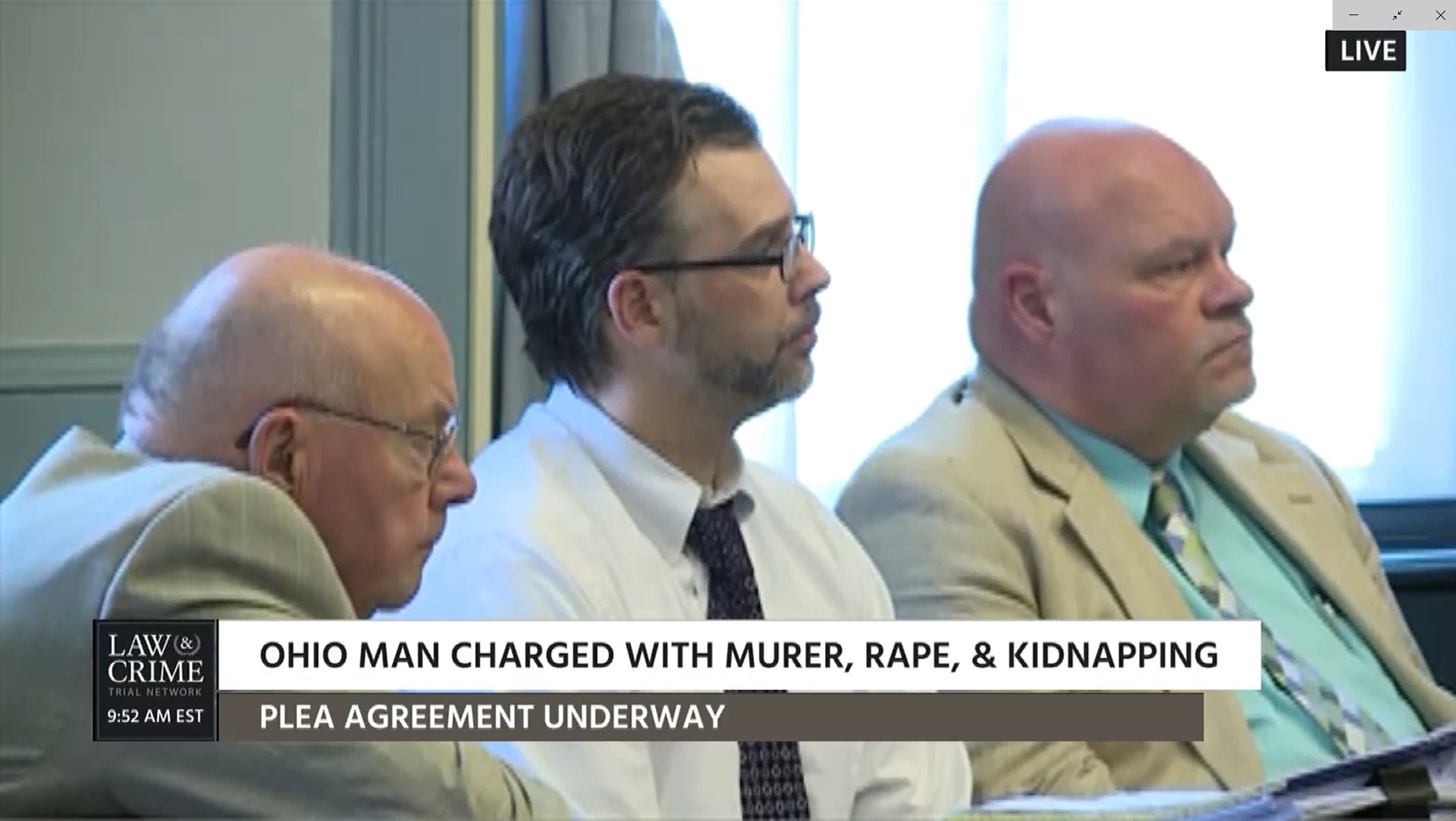 Ohio murder defendant Shawn Grate has pleaded guilty to fifteen of the twenty-three charges against him, but not to most of the very serious ones. The guilty pleas came in the middle of Grate’s trial. Grate told the judge he was pleading guilty to those charges to avoid continuing to rub his crimes into people’s faces.

You can READ the entire agreement, signed by the defendant, following our analysis.

Grate pleaded guilty to the following charges on the original indictment:

Testimony revealed that Grate held a woman against her will in an abandoned house, where he bound her and raped her. After several days of attacks, Grate fell asleep, and the woman was able to free herself, get a phone, and call 911. When the police arrived, they found two other decaying bodies in the house. Grate later showed police a choke hold he claims to have used to kill the victims. He also told reporters that he had killed additional victims. The surviving victim testified about her horrific ordeal at trial.

The penalty for these pleas is 72 years to life in prison, plus up to $170,000 in fines. Grate could also be forced pay court costs and other sanctions.

Grate’s guilty pleas will likely prevent jurors from seeing a series of approximately thirteen so-called “rape videos,” which detectives said included one video of an unknown woman, two videos of victim Stacey Stanley being raped, and nine to ten videos of the surviving victim being held against her will and raped. Had jurors seen the videos, it is possible it could have influenced their decision on an ultimate question of death, assuming the case resulted in guilty verdicts on the murder charges. Prosecutors had been seeking the death penalty against Grate on those charges.

Though Grate still faces those charges, the most inflammatory evidence — the videos — likely will not make it before the jury and will therefore not influence jurors’ decisions on the murder charges or any possible punishments.

Grate did not plead guilty to the most serious charges against him, including:

Trial continues on the remaining charges.

Here is the full agreement, as signed by the defendant:

Here is the original indictment:

[Editor’s note: this piece has been updated to include the plea agreement and the original indictment as attachments.]