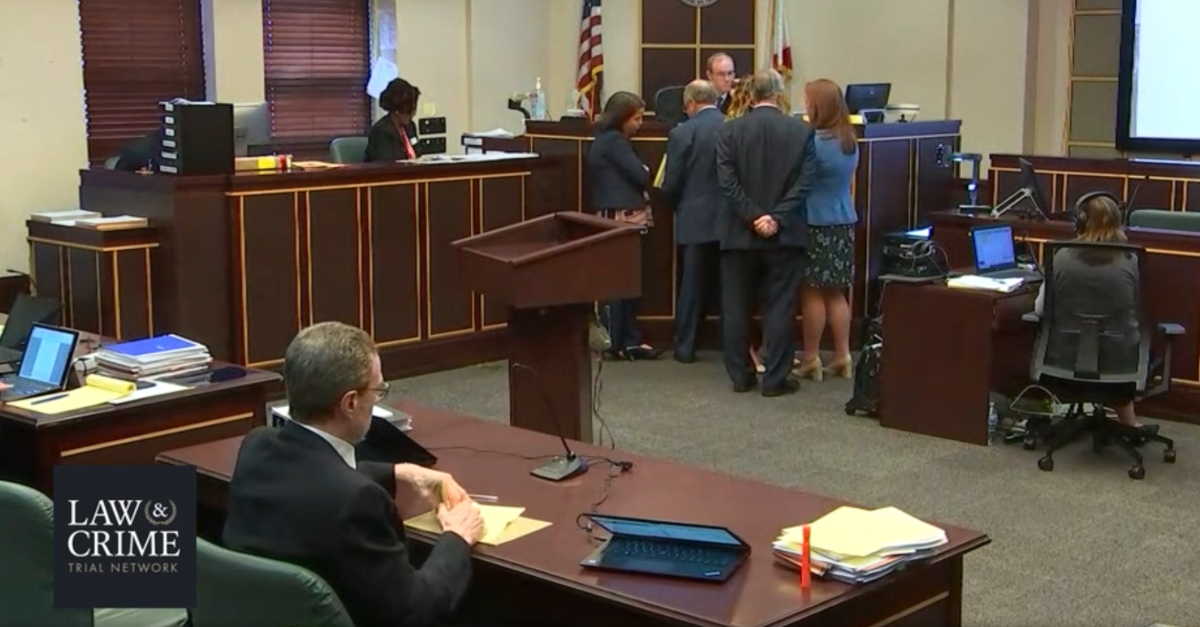 Juror no. 218 was kicked out of the Scott Nelson penalty phase after he admitted saying he didn’t see evidence to justify the death penalty. The instance of juror misconduct violate the judge’s orders, and so the unnamed juror was excused. Three alternate jurors are available, however.

#ScottNelson – BREAKING: Juror #218 said he doesn’t see evidence to vote for the death penalty. He admits to saying this in front of other jurors this morning.

#ScottNelson – BREAKING: Juror #218 excused for misconduct, violating the judge’s order to not discuss the case.

The penalty phase began Monday. The juror and his peers convicted Nelson on Friday for first-degree murder and other charges in the death of nanny Jennifer Fulford. The defendant bound her in zips ties, wrapped duct tape around her head so she couldn’t breath, and stabbed her seven times, said the prosecution. According to Nelson’s defense, he only killed her in a panic.

During Nelson’s Thursday testimony, he admitted to killing Fulford and showed no remorse. The penalty phrase is a different process, however. In opening statements on Monday, both sides said this was about whether the aggravating factors outweighed the mitigating elements, or vice versa.

According to one of the other jurors, however, 218 started talking about the case with the others.

#ScottNelson – Juror #218 said something in the jury room this morning that has #272 concerned enough to bring it to the judge’s attention. We don’t know the details yet, the judge is being a bit cryptic.

In opening statements Monday, Assistant State Attorney Ken Nunnelley said that evidence showed Nelson detained Fulford as she begged for her life. This process went on during an hour-long drive. The defendant also ended her life over money, which is an aggravating factor under the law.

Nelson’s lawyer Chelsea Simmons said, however, that the death penalty should be saved for cases with the most aggravated and least mitigated case. Throughout his life, Nelson faced mental illness, abuse, and other challenges. He witnessed his father abusing his mother and older brothers, endured abuse himself, and later spent a total of 25 years in prison, often in solitary confinement.