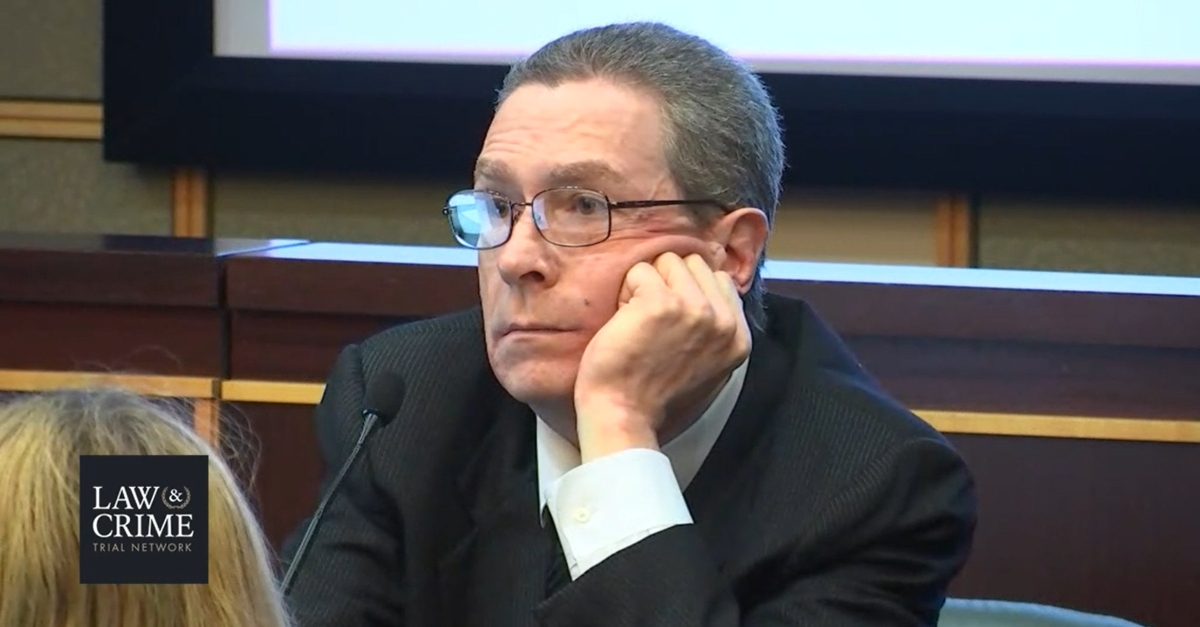 Scott Nelson, who testified that he killed nanny Jennifer Fulford, was found guilty Friday of first-degree murder, kidnapping, carjacking, and robbery. The penalty phase is scheduled for Monday. The defendant faces a possible death sentence.

Prosecutors said Nelson burglarized the home of Fulford’s employer on September 27, 2017. He kidnapped her, stole her car and her bank card, accessed her bank account, and killed her to stop her from being a witness against him, authorities said. Fulford, 56, was found in a field three days later. She had been restrained with zip ties. Duct tape was wrapped around her head from her chin to eyebrows, said prosecutor Linda Drane Burdick at opening statements. Fulford had two shallow stab wounds in the back. She received five penetrating stab wounds on her chest. Two of these struck her heart. She either died from the wounds, asphyxiation, or both.

Nelson, 55, testified Thursday that he killed Fulford, but he attempted to lay the moral blame for all this on a federal probation officer with no connection to the victim. The defendant, a felon on supervised release, claimed he lost a job and got kicked out of a home because the government official caused a “situation.”

According to his testimony and Burdick’s closing argument, he didn’t previously know Fulford or her employer. He targeted the residence on learning from someone that the homeowner was wealthy, so he planned getting some of that money in order to abscond from probation. The defendant also purchased items including zip ties, and duct tape around this time.

Nelson construed Fulford’s death as completely secondary to his feud with the probation officer. He called her “collateral damage,” and grew impatient when Burdick kept asking him about events surrounding the murder. He insisted on putting the moral blame elsewhere.

Defendant Scott Nelson testified a probation officer treated him badly. He insisted this resulted in him killing nanny Jennifer Fulford.

“You kick a dog enough times, they tend to bite back,” Nelson said.

Fulford had no connection to the probation officer, or Nelson.

“If you wanted anything more, talk to my lawyers,” he said, attempting to change the direction of cross-examination. He didn’t get his way. The judge ordered him to answer Burdick’s questions. Testimony continued another half-hour.

Panelists on the Law&Crime Network voiced shock on reviewing the testimony Thursday. They agreed that this was a “train wreck.”

Assistant Public Defender Robert Larr told jurors in closing arguments that Nelson didn’t plan on killing Fulford before the burglary. This wasn’t premeditated murder. There’s no evidence that the defendant intended on ending anyone’s life when buying the zip ties and duct tape, or thought about disposing of a body.

Larr suggested that Nelson put the duct tape on Fulford’s face because she was getting loud. Nelson didn’t know what to do.

Nelson panicked and stabbed Fulford after she kept making noise, he said.

#ScottNelson – Nelson’s defense attorney tells the jury there was no intent to kill Jennifer Fulford. He says it takes a though process to premeditatedly kill someone and Nelson didn’t have that. pic.twitter.com/2W3sD5LlqO

Larr argued there were discrepancies between Nelson’s testimony and alleged confession to detectives. The defendant said under cross-examination Thursday that he fabricated details to make investigators “squirm” because they were being dishonest with him.

Prosecutor Kelly Hicks maintained in a rebuttal closing argument that Nelson told the truth and nothing but the truth in his confession to detectives. The defendant said that he wanted his story told, and that’s what the state gave him at trial, she said.

The defense tried and failed Thursday to get insanity instructions put in the jury charge. Nonetheless, evidence of mental health and cognitive problems can be presented at sentencing. For reference, look at the case of convicted murderers Luis Toledo (who was convicted of killing his wife and her two children) and Christopher Vasata (convicted for killing three people in what a prosecutor called a “planned hit”). They were convicted in separate cases in Florida courtrooms. Both of their defenses argued the clients had brain or neurological damage.