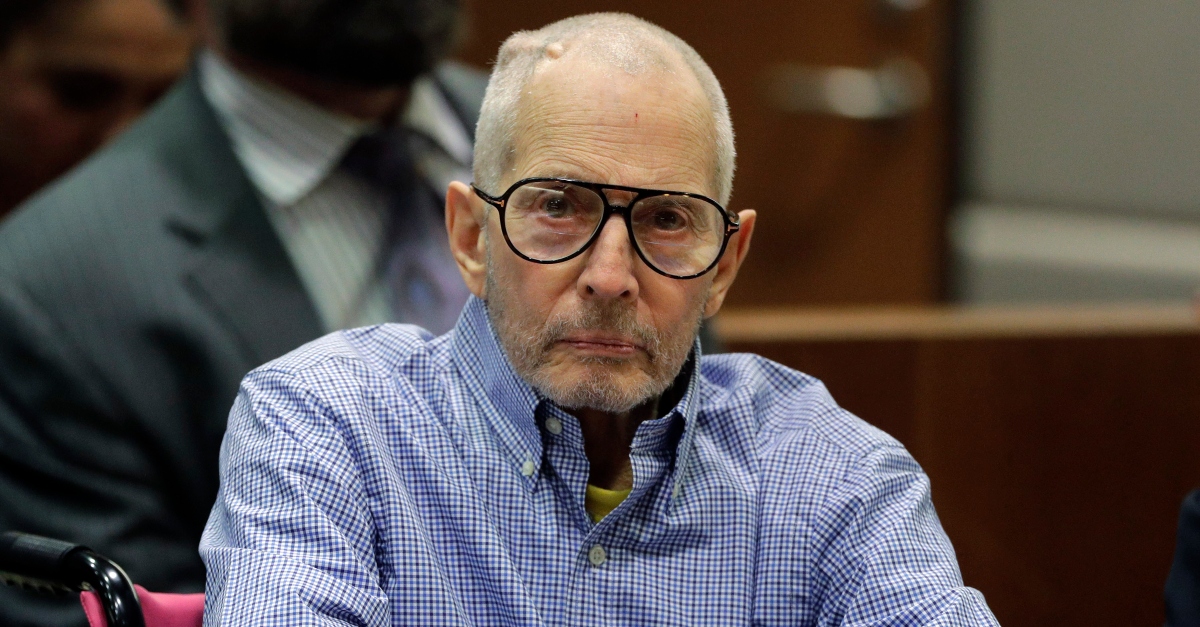 The defense for alleged murderer Robert Durst wants a mistrial. They are arguing that way too much time has passed since court was postponed due to the COVID-19 pandemic.

“The jury in this case last heard evidence on March 12,” lawyers wrote in a Tuesday filing obtained by Law&Crime. “Even in the best case scenario, assuming it will be safe to resume trial some time in early June, more than eighty days will have elapsed before the jury reconvenes.”

In other words, the outbreak delay broke the trial in two, and the defense is arguing that this is prejudicial against their client, who is charged with murder in the killing of friend Susan Berman.

They assert the delay leaves jurors open to outside influence. There’s been a lot of media attention on the case, including a movie and HBO docuseries.

“In these circumstances, the jurors are particularly likely to conduct their own independent research regarding the case and/or discuss the case with friends or family in the more than two month gap in the presentation of evidence,” Durst’s lawyers argued.

The disruption from the outbreak also will likely put a lot of hardship on the jurors, they assert. The defense said that five of them were over age 65 and more vulnerable to the COVID-19 disease. Attorneys also referred to a recurring element in the case: Durst’s advanced age (77) and health problems.

The defense said the prosecution suggested that the trial be recontinued through Zoom, but they dismissed that, arguing there’s no way to make sure jurors were alone, or whether jurors were engaging in “distracting activity” like watching TV.

Meanwhile, the prosecution is trying ways to work around the coronavirus pandemic. In a motion dated Wednesday, they mentioned that that four out-of-state witness were over age 65, and from the New York-New Jersey area, which were hit particularly hard by the disease. Instead, authorities want to use videotaped examinations of the witnesses. The prosecution asserted this was fair under the Sixth Amendment right to confront witnesses because the witnesses in question were still subject to cross-examination in the footage.

Jennifer Tintner contributed to this report.