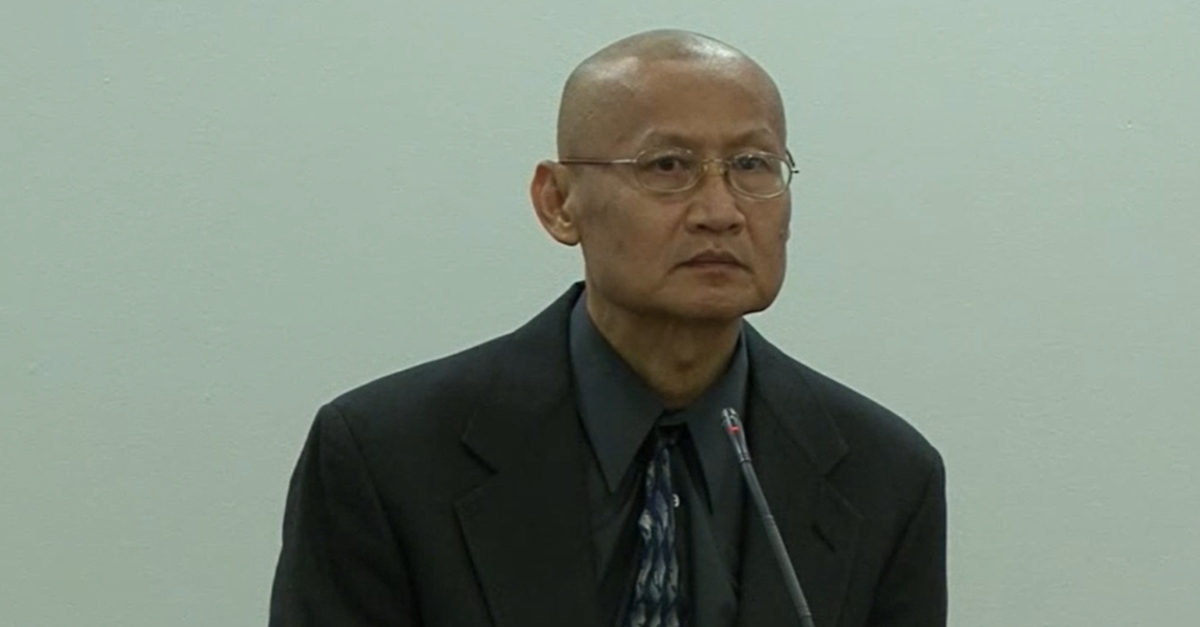 Florida man Qiu Feng Ke, 62, was found guilty of first-degree murder in the death of neighbor Edward Lee Tudor, 37. There’s no dispute that he killed the victim. Deputies say he admitted to it. He admitted it publicly. Jurors at trial saw surveillance footage that authorities say shows Ke doing the deed. Then, Ke reaffirmed at testimony that he ended the other man’s life.

The question at trial was whether this homicide was premeditated. Ke insisted on the stand that no planning or plotting ahead went into the act. During cross-examination, however, the prosecution confronted him with evidence showing that he construed his apparently one-sided feud with Tudor as a “war.” He described the victim as a “bully,” and “primary target” in these writings. He said that the worst-case scenario would’ve been a murder -suicide, that he wanted to leave behind a document to show why these deaths occurred, and that he wanted to set up his will.

Ke asserted at testimony that yes, these were his words.

According to the criminal complaint obtained by Law&Crime, Ke told deputies that he shot Tudor several times, and fired another shot in the head to “end it.” He allegedly asserted if the victim lived, the dispute would have kept going, and, in the document’s words, “the victim would have laughed at him.”