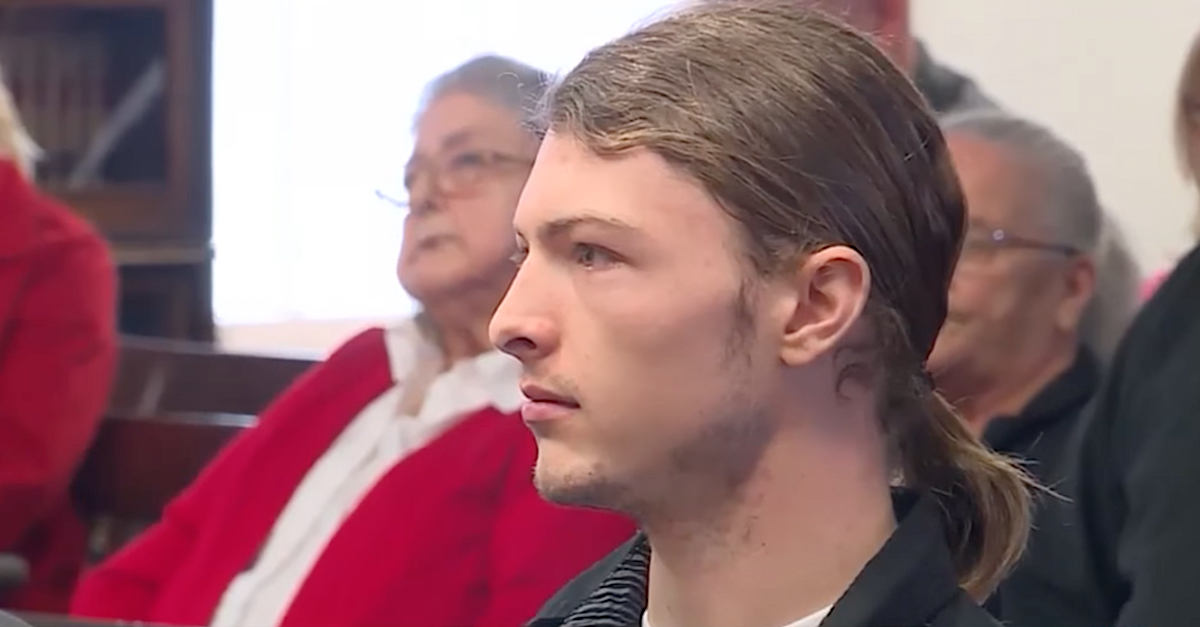 Five years to the day after eight members of the Rhoden and Gilley families were found murdered execution-style as they slept in rural Ohio, one of the men charged with the killings admitted he and his family committed the crimes.

Edward “Jake” Wagner, 28, pleaded guilty Thursday to aggravated murder and agreed to testify against his mother, father and older brother. Prosecutors have alleged that Jake, his mother Angela Wagner, his father George “Billy” Wagner, and his older brother George Wagner IV committed the crimes so they could have full custody of a daughter Jake shared with Hanna Rhoden. The little girl is now 7 years old.

Jake Wagner sought full custody of the child days after the murders and was granted full custody in June 2016.

The plea agreement was a stunning development in a years-long investigation in which the Wagners have vehemently denied involvement in the murders.

Bobbi Jo Manley, Dana Rhoden’s sister, went to Christopher Rhoden Sr.’s trailer to feed his dogs. Manley found Christopher and Gary’s bodies covered in blood in the trailer and called 911. Christopher had defensive wounds on his body, according to an autopsy report.

“There’s blood everywhere,” Manley said on the 911 call. Manley and her brother, James Manley, found six other members of their family shot. Frankie Rhoden and his fiancée, Hannah “Hazel” Gilley, were shot in the head in their bed. Their 6-month-old child was in the bed with them covered in blood. Frankie’s toddler son was covered in blood as well and answered the door when Bobbi Jo approached.

James Manley found his sister, Dana Rhoden, shot in her trailer. He also found his niece, Hanna, shot in the head in her bed. Her newborn baby lay in the bed next to her. The infant was four days old. Christopher Rhoden Jr. was 16 years old and was also found shot to death in the trailer.

Around the same time in May 2017, state agents descended upon a home in Adams County that George and Jake Wagner had recently sold. The agents also executed search warrants at the Flying W Farm owned by George and Jake’s grandmother, Fredericka Wagner.

Jake, George, Angela and Billy Wagner moved to Alaska after the search warrants were executed. Angela Wagner declined to comment on the matter when asked about it in a May 2017 in a Facebook message exchange. She claimed her family was being slandered.

When the family moved to Alaska, they took their Jake’s daughter and George’s young son. George also had sole custody of his son that he had with his ex-wife. State agents traveled to Alaska and Montana to interview the family as the investigation continued. The Wagners moved back to Ohio in 2018.

In November 2018, then Attorney General Mike DeWine announced the Wagners had been indicted on conspiracy charges and eight counts of aggravated murder. DeWine said at the time that the Wagners were obsessed with “control and custody” of children. Fredericka Wagner, the family matriarch, was charged with lying to the grand jury, but the charge against her was later dropped. Prosecutors said they could refile the charge at a later date. Rita Newcomb, Angela Wagner’s mother, was charged with forgery and obstruction of justice.

Jake Wagner had been scheduled to go to trial in late August. He remains in custody at the Franklin Co. Jail in Columbus, Ohio. Wagner’s guilty plea to eight counts of aggravated murder will take the death penalty off the table.