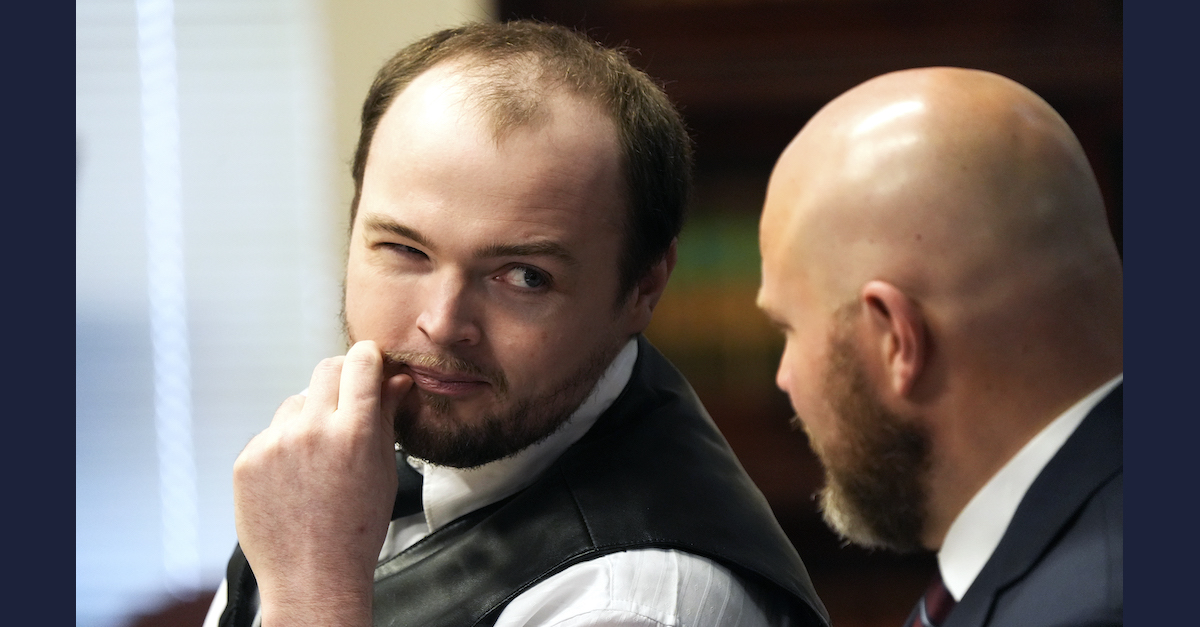 Defendant George Wagner IV is on trial in the proceeding.

Prosecutors have argued that Hanna May was the main target of the massacre that took place in the late evening hours of April 21 and early morning hours of April 22, 2016, and left eight members of the Rhoden and Gilley families dead. Jake Wagner pleaded guilty to 23 charges in April 2021 and said his family conspired to murder the victims because they wanted sole custody of Sophia, the daughter that Hanna May shared with Jake.

April Manley was the first witness to take the stand Friday. She described her husband, James Manley, telling her that Hanna May’s mother, Dana Rhoden, was dead. Manley said her husband was distraught, so she accompanied him down the road as he related that Hanna May’s newborn baby was crying when he entered the home and found his sister. 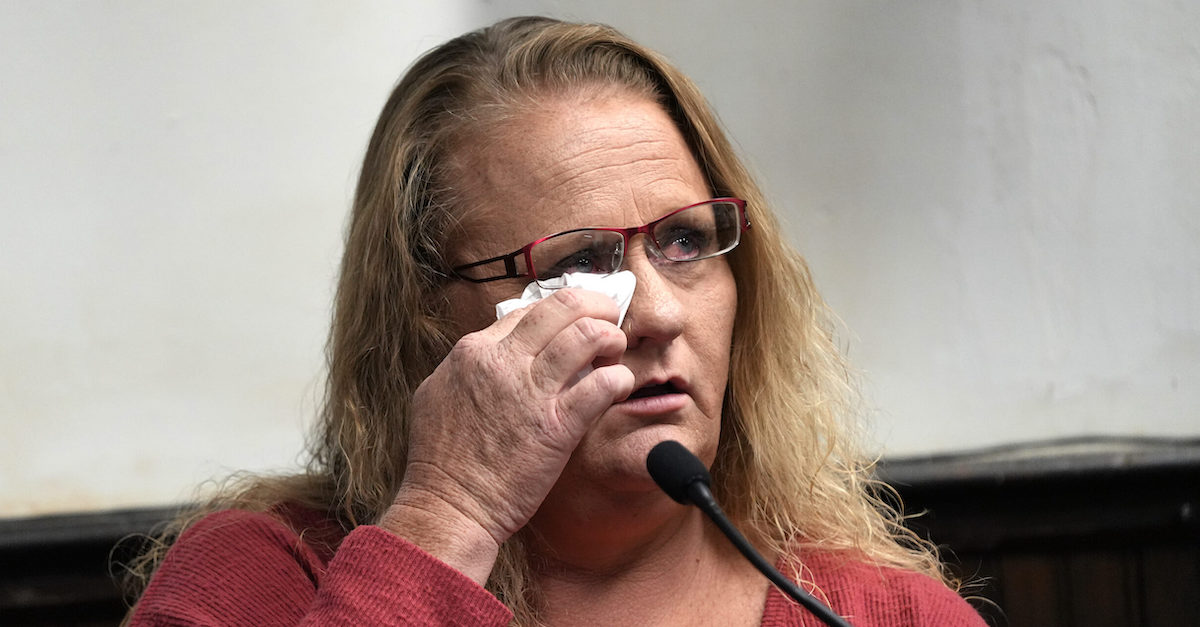 Manley she and her husband flagged down sheriff’s deputies; the newborn baby, Kylie, was removed from the home and placed in a sheriff’s cruiser. Kylie was five days old and was found next to her mother, who’d been shot in the head. Manley said she rode to the hospital with Kylie and was approached by an emotionless Jake Wagner as she smoked a cigarette in the parking lot.

The examination of Manley by prosecutor Angie Canepa included the following exchange:

Canepa: Why was he there?

Manley: He came to check on Kylie to see if he could take her.

Did you inform him that he could not take her.

And Did he hug you at all while he was there?

Manley described one argument she witnessed between the couple at her home.

“Hanna left,” Manley recalled.  “She just got a driver’s license. She was a new driver. And she called me — he’d left after — and she called me and said he was chasing around at high speeds. I told her to try to get away somewhere, and she got finally got away from him and hid behind the church on Union Hill.”

Manley also recalled Jake telling Hanna May that she was “fat.” In response, Hanna May refused to eat and became very thin. 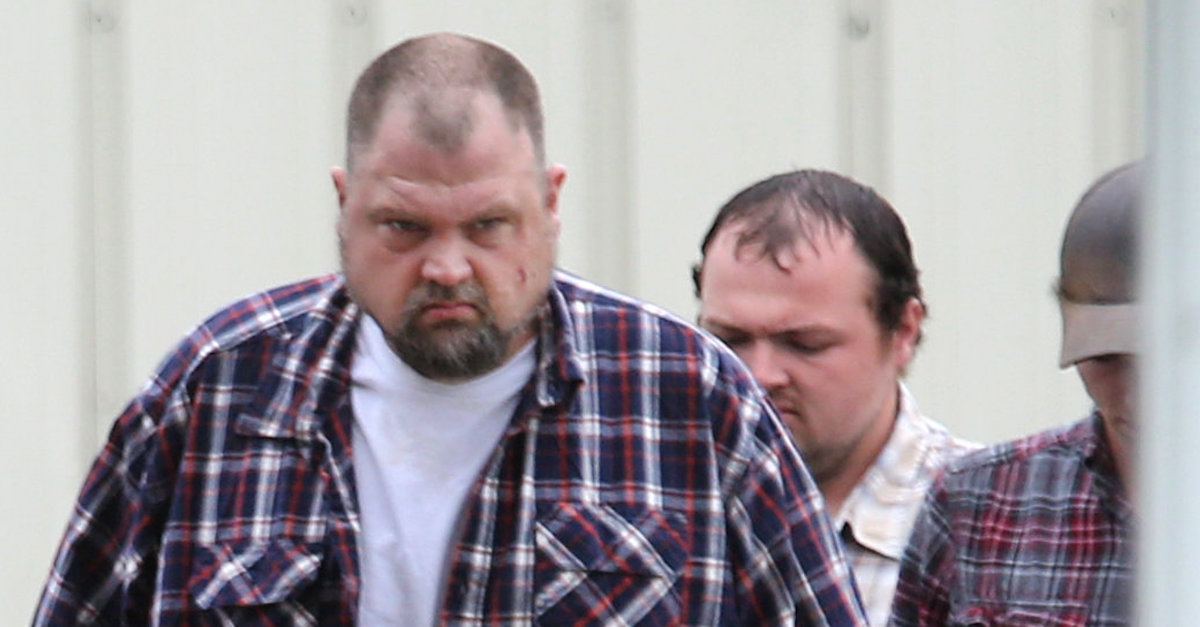 On cross examination, George Wagner IV’s attorney questioned Manley about a number of things including Chris Rhoden Sr. keeping large amounts of cash and providing her husband, James, with $5,000 when he experienced legal trouble. Manley said they were separated at the time and didn’t recall telling BCI agents that Chris Sr. had paid $30,000 in cash for the home where his ex-wife Dana Rhoden and their children Hanna May and Chris Rhoden Jr. were living at the time of the murders.

Defense attorney Rick Nash also questioned Manley about her phone records in the early morning hours of April 22, 2016 — and a text message sent by Jake Wagner to her phone.

Nash: You’ve reviewed your phone record and you have been questioned about text messages from Jake Wagner?

You did not possess that cellphone right?

I did not make no calls. No.

The text message has come up in the past during the investigation; James Manley had been questioned about it in 2017. The contents of that message have never been revealed. BCI agents investigated James Manley and even performed polygraph tests. 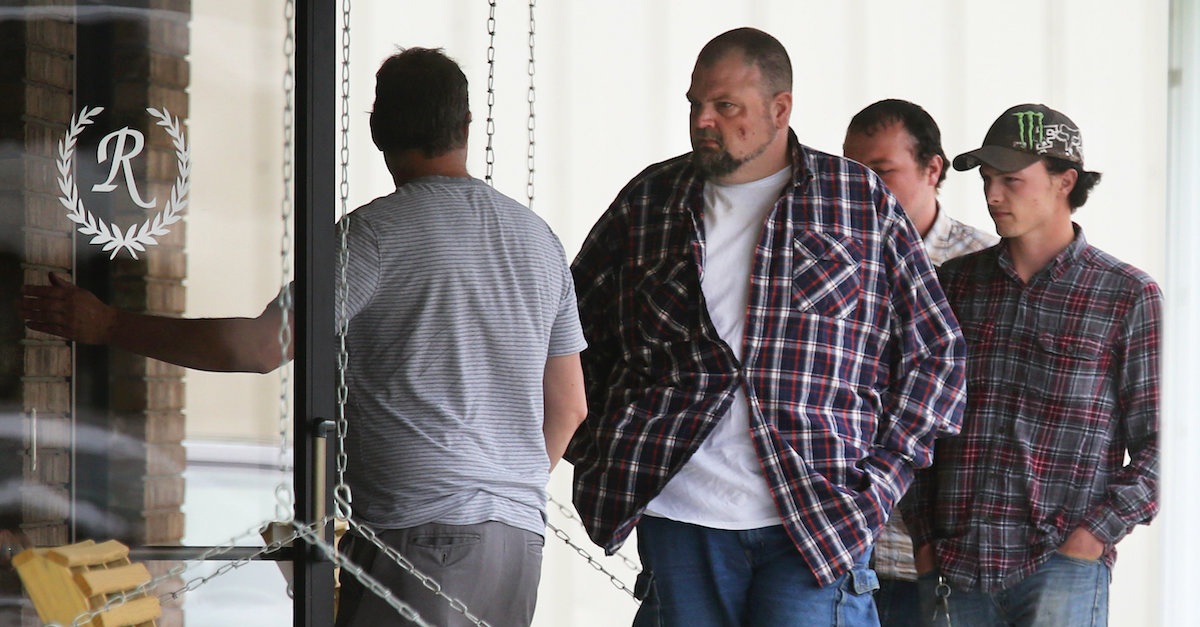 On April 27, 2016, George ‘Billy’ Wagner, center, and his sons George Wagner IV (center right) and Jake Wagner (far right) attended the funeral of Gary Rhoden, 38, in Greenup, Kentucky. The service was the first of eight funerals that would take place following the deaths of eight members of the Rhoden family on April 21-22, 2016 in Pike County, Ohio. The person with his back to the camera at left has not been identified. (Pool image via Liz Dufour/Cincinnati Enquirer.)

Kendra Rhoden is the daughter of the eighth victim, Kenneth Rhoden. She testified about having a close relationship with Hanna May Rhoden and what she observed during and after her relationship with Jake Wagner.

Kendra said Hanna May Rhoden tried to get her interested in dating George Wagner but neither one of them were interested in the other.

Kendra recalled Hanna May Rhoden playing audio recordings for her in which Jake Wagner admitted to hitting and choking her. She also said she listened in on conversations between the two after they broke up in which Jake Wagner told Hanna May Rhoden that she would only parent Sophia if they did so together and that if they weren’t together, Jake said he would take Sophia away from her.

Kendra also testified that at the time of Hanna May’s murder, her father Chris Rhoden Sr. was trying to get a “good lawyer” for her in case they had to go to court over the custody dispute. Kendra said Hanna May was recording her interactions with Jake Wagner in preparation for a court fight.

Kendra recalled overhearing conversations between Hanna May and Jake Wagner in which he claimed the baby she was carrying was his. Rhoden said she heard Hanna May tell Jake Wagner the baby, later named Kylie, was not his and couldn’t be his.

The last time Kendra saw Hanna May was the afternoon of April 21, 2016. The two went fishing together. Kendra testified that Jake Wagner texted Hanna May and offered to keep Sophia for a couple of extra days so she could recover from giving birth to Kylie.

The next morning, Kendra would learn that Hanna May, her other family members, and later her father had all been murdered.

Kendra also recalled that her father, Kenneth, slept more heavily if he took blood pressure medication that had been prescribed to him. She said she knew that her father and Chris Rhoden Sr. grew marijuana. She also described having seen Billy Wagner at Chris Sr.’s home near the marijuana grow operation. On the occasions that Kendra said she saw Billy Wagner at the home, Chris Sr. would send her and Hanna May into the house so he and Wagner could “do business.”

On cross-examination, George Wagner’s attorney questioned Rhoden about providing information to BCI agents that she had heard Chris Sr. was trying to buy a building or a pill mill. She was also questioned about the demeanor of Chris Sr.’s dog, Chance, and her father’s dog, Brownie. She said both dogs were aggressive if they encountered people they did not know.

The Manleys’ 27-year-old son, Cody Manley, also testified Friday about finding his cousin Frankie Rhoden and Hannah Hazel Gilley dead in their beds that morning. Cody said he went to the home believing that Frankie had overslept since they rode to work together each morning and Frankie had not yet arrived at his home.

Canepa: Why did you freeze?

Because I saw things I didn’t want to see.

Cody testified that Hanna May feared all of the Wagner family members.

He further testified to having seen Billy, George and Jake Wagner at the funerals of his family members after the murders.

Cody also said the he had seen George Wagner in the past at a July 4th fireworks show put on by Chris Rhoden Sr. and at other places.

Corey Holdren was dating Hanna May when she was murdered. He recalled Hanna May telling him she was pregnant with Charlie Gilley’s baby a week after they started dating. He said they split up but then got back together.

“She was the best thing that ever happened to me,” Holdren said tearfully.

Holdren said he agreed to raise Kylie as his own and that he was the first person to hold the newborn after Hanna May gave birth. He testified that Jake Wagner brought Sophia to the hospital to see her new baby sister. Holdren said Jake’s hair had changed and that it was darker and black.

Holdren said Jake Wagner held Kylie in the hospital as if she was his child.

Holdren also testified that Wagner made a comment about Kylie’s toe and that the Wagners had a family trait: a hammer toe. Holdren said Wagner commented that Kylie’s toe was a Wagner toe.

Holdren noted that aside from the birth of Kyle, he met Jake Wagner on two other occasions — at Sophia’s second birthday party at a firehouse and a week before the murders. Holdren said Jake Wagner called Hanna May and “went off” on her because she was late and wanted to know where Sophia was. Holdren said Wagner showed up at his home and sat on his couch.

Holdren said Hanna May had told him that Jake Wagner once kept her in her room for six months and wouldn’t allow her to see her father when he came to his home.

“He was very controlling,” Holdren said of Wagner.

Holdren cried as he said Hanna May was a “hard worker and a great mom.”

Holdren recalled the last time that he saw Hanna May:  the evening of April 21, 2016. He said Hanna May wanted to get out of the house and do something; accordingly, his sister watched the newborn Kylie. They went fishing with Kendra Rhoden and her boyfriend. He said Hanna May planned to stay with him that night at his home, so she went home to get her breast pump. However, she later texted him that she was tired and decided to stay at her home on Union Hill Road. Their last communication was a text exchange in which they told one another they loved each other.

The next morning, Holdren said he learned Hanna May had been murdered. He gathered at Union Hill Church with several Rhoden family members. He said he thought that he had seen Jake Wagner at the church but couldn’t recall because “I was in shock.”

Chelsea Robinson, the mother of Frankie Rhoden’s then 3-year-old son, Brentley, opted out of being photographed or her voice being recorded as permitted under Ohio law.