Massachusetts Woman Killed Former Landlord with Hammer After Forging Checks in His Name to Pay Off Gambling Debts: Prosecutors 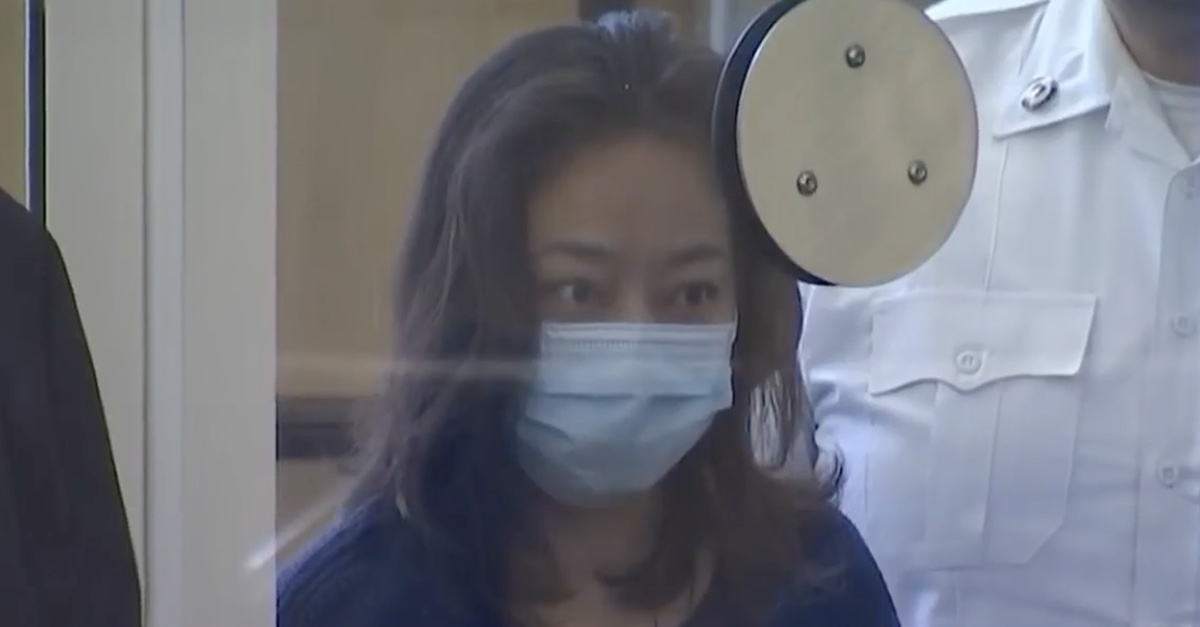 A Massachusetts woman has been arrested this week for allegedly beating her friend and landlord to death with a hammer and concealing his body in a shower curtain after he apparently found out that she had been forging checks in his name.

Xiu Fang Ke, 43, was taken into custody and charged with one count of murder in the brutal beating death of 65-year-old Leonard Garber, authorities announced Wednesday.

According to a press release from the Middlesex District Attorney’s Office, officers with the Newton Police Department on Monday responded to Garber’s home located on Mt. Vernon Terrace after his family contacted the department and reported him missing, saying they hadn’t heard from him in over a week. Police say that officers went to the home to conduct a wellness check but were unable to locate Garber.

The following day, the family again contacted police regarding Garber’s whereabouts and officers conducted two subsequent wellness checks. Officers found nothing during the first check but at approximately 3 p.m. on Tuesday, Sept. 27 they returned to Garber’s home for the third time and went inside the residence.

Upon entering the home, police discovered Garber’s body “wrapped in a curtain, under construction materials and under several other heavy items,” the press release states. Investigators said that it appeared Garber’s remains may have been inside the house for more than one day, adding that his body “had been placed in such a way as to conceal it.”

Investigators subsequently determined that Garber had recently been “spending time with a female former tenant,” soon identified as Ke, per the release.

“The preliminary investigation revealed that the defendant had allegedly been forging checks from the victim’s accounts and had allegedly stolen over $40,000,” the press release said. “When the victim became aware of the theft, he confronted the defendant and she allegedly struck and killed him and then attempted to hide the body. Police reviewed financial records and surveillance footage from Mr. Garber’s home that allegedly showed an Asian female, later identified as [Ke], entering the victim’s home in the days prior to his body being located.”

In court on Wednesday, prosecutors said that Ke — who was Garber’s tenant at a different property several years ago — confessed to stealing the money and killing Garber following her arrest, according to a report from NBC News.

“During the interview the defendant admitted that she had stolen checks from Leonard Garber and that she had killed him,” Assistant District Attorney Julie Kunkel reportedly said during the proceedings. “She later stated that she had used a hammer and hid his body in the location where it was eventually found by police.”

Middlesex District Attorney Marian Ryan reportedly said that investigators have uncovered evidence that Ke had stolen and forged checks in the past and was in debt from gambling, according to a report from Boston NBC affiliate WCAU. Prosecutors reportedly suggested that that the gambling debts were likely the motivation behind the check forging scheme.

Ryan reportedly added that it was unclear whether the relationship between the two was romantic or platonic, but said they believe Garber learned of the theft and confronted Ke sometime between Thursday and Saturday.

Ke was arraigned on Wednesday and was ordered to remain in detention without bond.