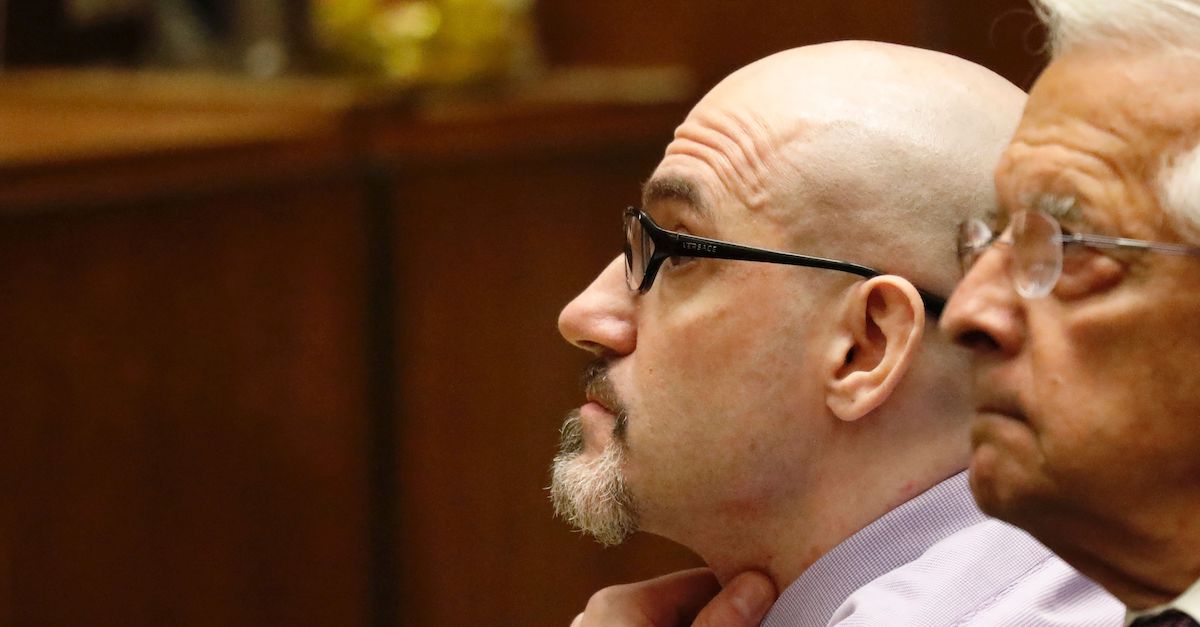 A Los Angeles, California jury on Friday recommended the death penalty for Michael T. Gargiulo, the so-called “Hollywood Ripper,” this after Gargiulo was found guilty in August for the 2001 murder of Ashley Ellerin, 22, the 2005 killing of Maria Bruno, 32, and the 2008 attempted murder of Michelle Murphy.

A week after the guilty verdict, the jury also found Gargiulo was sane at the time of the murders. As Law&Crime reported before, the finding that Gargiulo was sane meant that a death sentence was a possibility. But California has had a moratorium on capital punishment in place since March. As the New York Times reported at the time:

Gov. Gavin Newsom announced a moratorium on capital punishment on Wednesday, granting a temporary reprieve for the 737 inmates on the state’s death row, the largest in the Western Hemisphere.

The move is highly symbolic because legal challenges have already stalled executions in California; the last one was in 2006. But death penalty opponents hope that because of California’s size and political importance, the governor’s action will give new urgency to efforts to end executions in other states as popular support for the death penalty wanes.

Indeed, the state hasn’t executed anyone since 2006, even though there are hundreds of inmates on death row.

Gargiulo maintained the same M.O. across attacks, prosecutor Daniel Akemon told jurors during closing arguments. He targeted women who lived near him, perhaps even in the same building, according to authorities. He would acquaint himself with the victim, her habits, and routines, said Akemon. This process ended with him executing a “blitz-type” knife attack, said the prosecutor.

During trial, prosecutors also said that Gargiulo was responsible for the 1993 stabbing murder of neighbor Tricia Pacaccio, 18, in Illinois.

The spree ended in 2008 when he accidentally cut himself during an attack, said the prosecutor. Gargiulo bled all over his target’s bedspread and sheet, prosecutors said. Authorities said this marked the end of Gargiulo’s brutal murder spree.

Ellerin was stabbed more than 47 times, Akemon said. She had been attacked from behind. Her throat had been cut from right to left, indicating a left-handed attacker. Gargiulo is a southpaw. Ellerin was nearly decapitated hours before she was supposed to go on a date with actor Ashton Kutcher. Bruno’s death was no less severe. The defendant entered her apartment through a window, and mutilated her, Akemon said.

Prosecutors referred to Gargiulo as the “Boy Next Door Killer” because of his proximity to the victims and because he stalked them before brutally murdering them.