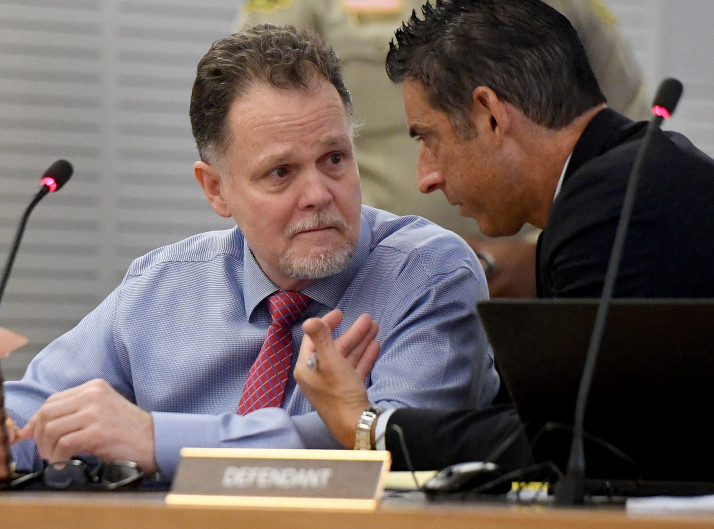 Charles Ray Merritt, 61, stands trial for the murder of a couple and their two sons in San Bernardino County, California. Prosecutors claim he killed business partner Joseph McStay, McStay’s 43-year-old wife Summer, and the couple’s sons–4 year-old Gianni and 3-year-old Joseph Jr. The defendant faces four counts of murder and the possibility of the death penalty if convicted.

The McStays disappeared in February 2010.  For a few years, investigators believed the family went to Mexico.  Their vehicle was abandoned in a mall parking lot next to the border 4 days after the last time the family was known to be alive.

In 2013, a skull was discovered by a motorcycle rider in the Mojave Desert north of Victorville, CA.  Authorities uncovered two shallow graves that contained the remains of the McStay family.  A 3 lb. sledgehammer was buried in one of the graves.  The cause of death was blunt force trauma to the heads of the four family members.

Court is scheduled to begin at 9:30am PST/12:30pm EST Monday-Thursday.
Tweets by cathyrusson