A witness in the murder trial of Joseph Ray Daniels, 31, testified on Tuesday to seeing Daniels at a Tennessee bridge in the early morning of the day the defendant reported his 5-year-old son Joe Clyde Daniels missing.

“He was just perfectly still standing there,” said Jenny Jones.

“He’s a really strong boy,” the defendant told investigators in an interview video that was played for jurors on Tuesday. Daniels, however, ended up confessing to killing Baby Joe, who lived with autism. The defense maintains that the alleged admission was actually coerced by authorities. His stepson Alex, 11, testified on Monday that Joseph Ray Daniels beat Baby Joe with a whip for peeing on the floor. Later, Alex heard a loud banging noise and saw his brother on the floor. Their father threatened to kill him if he did not help, the child said. Alex testified to opening a vehicle trunk, but Joseph Ray Daniels instead carried away Baby Joe.

Jones’ testimony places the father outside of his home around the time the child would have gone missing. The witness, then a bail bondswoman, was on her way to Williamson County, Tennessee to post bond for a woman. She went to the jail at 10:30 p.m. to 11 p.m., took the woman back home and waited for someone to bring key for that residence on account of the woman being locked out. Jones testified to heading back to neighboring Dickson County.

Jones said that while going south on Garners Creek Road she saw someone in a multicolored shirt and red shorts standing on a bridge over a dry creek bed. This person was standing there on the east side of the road against the guard rail, she said. 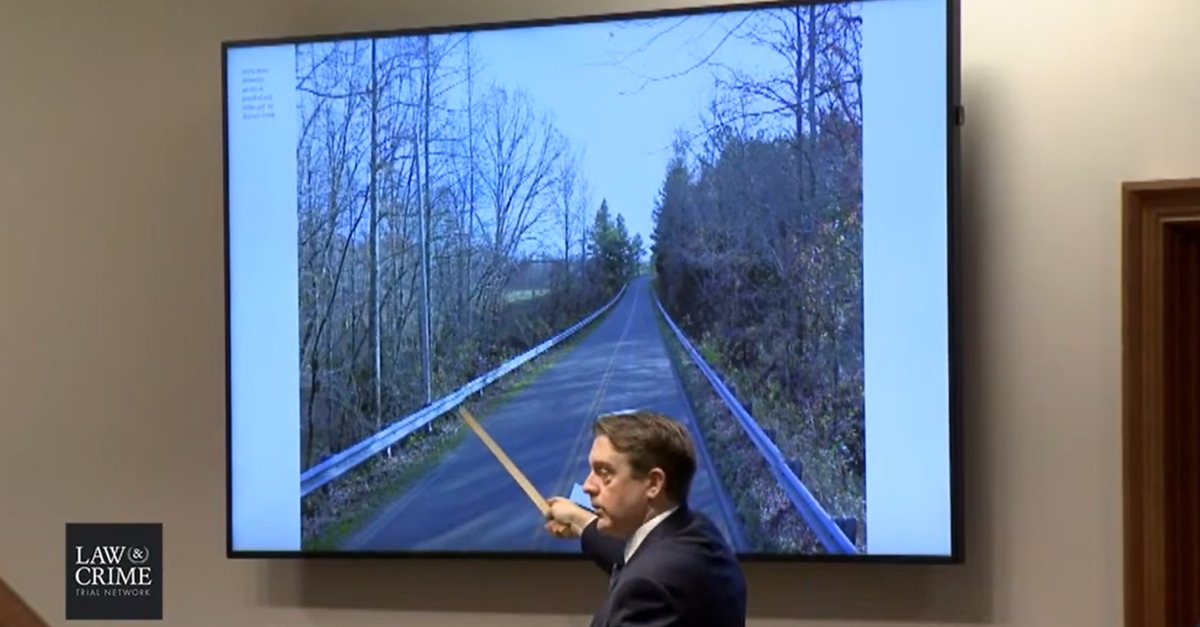 This was at approximately 1:30 a.m. on April 4, Jones said under direct examination.

Jones testified that she reported what she saw several days later after seeing Daniels in the news.

Under cross-examination, she said she did not see a vehicle, that she did not see the person holding a child, and that the man did stand with his back to the guard rail. Defense lawyer Jake Lockert repeatedly questioned Jones about a man following her, but she maintained there was no one following her. He said that by the time she wrote a statement for investigators on April 23, 2018, she would have heard quite a bit about the case. Jones said Daniels was not looking at her on the day of the bridge encounter; he was looking in her direction. The defense saw this as a contradiction and questioned whether she could tell it was Daniels. Lockert accused Jones of lying under oath, which she denied.