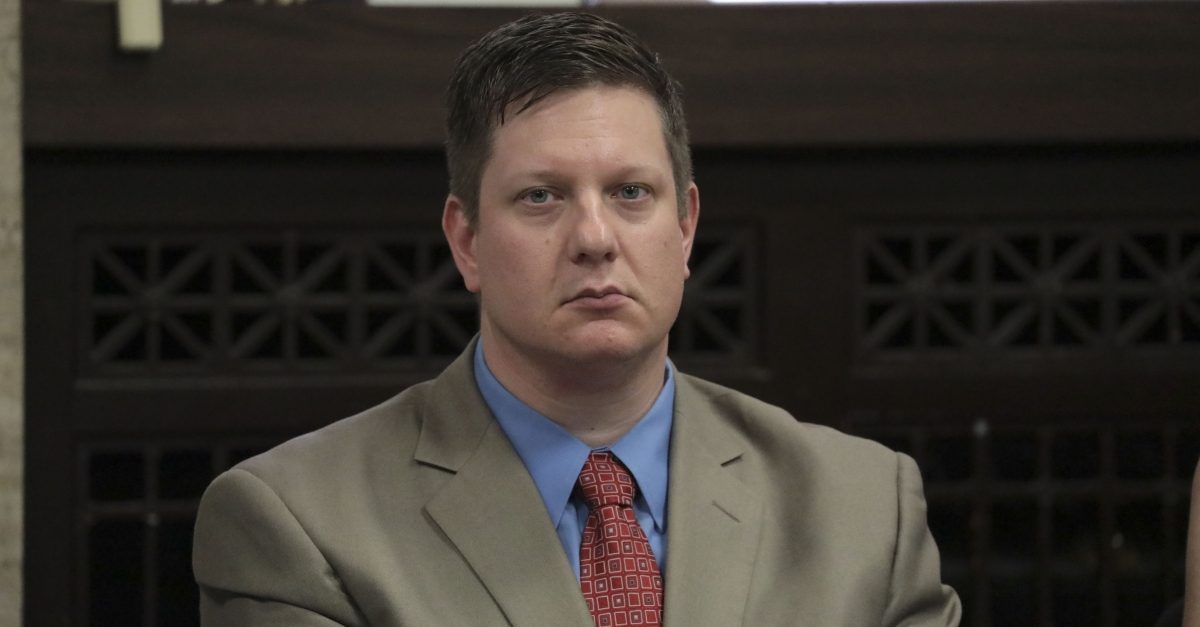 Two alternate jurors in the Jason Van Dyke murder trial said they would have voted for a guilty verdict or were leaning toward a guilty verdict in the case of the former Chicago police officer accused of first-degree murder over the shooting death of a teenage suspect.

“Most definitely; I would say guilty,” one alternate said. “I would have leaned toward a guilty verdict,” said the other.

The two alternates voluntarily made the comments to gathered reporters after being dismissed from the case by the judge. The actual deliberating jury is sequestered and will continue deliberations tomorrow. Originally, five alternates heard the case; three more remain attached to the trial in case something goes wrong.

One of the dismissed alternates was adamant that first-degree murder was the proper charge; the other would have considered a second-degree murder conviction.

One said Van Dyke should have waited before he pulled the trigger to see how the situation unfolded. Both said the number of shots fired — sixteen in total — weighed in favor of a conviction because the number of bullets fired was excessive, they agreed.

Victim Laquan McDonald “wasn’t coming at them,” one of the alternates said (with reference to the police). McDonald “was avoiding and trying to get away from the situation,” the same alternate explained.

One of the alternates saw the much-publicized squad car video recording of the shooting before the trial, but otherwise did not know much about the case.

“I don’t think anybody would have signed up” for the jury voluntarily because of “the pressure the outcome would bring,” one alternate said. Neither alternate said they felt “pressured” by public opinion, but they did say they felt a strong duty to listen to every detail presented and to get the verdict right.

One alternate, a male, said Van Dyke was “nervous” and kept “going back and forth” on the witness stand when asked what he remembered about the shooting.

“It’s not easy for anyone to sit here. It’s a tragedy. There’s a life that’s lost and another at stake,” the female alternate said, making the “right decision” difficult.

The alternates did not wish to be identified.

Van Dyke, a former Chicago police officer, is facing murder charges over the shooting death of McDonald. Dashboard video of the shooting has been played incessantly during the trial; however, Van Dyke took the stand and said the recording only shows a fraction of what happened. Van Dyke said McDonald was carrying a knife in his right hand. Van Dyke said he shot when McDonald raised the knife across his chest and toward his left shoulder, ultimately aiming it at Van Dyke from a distance of approximately thirteen feet. Van Dyke said he feared for his safety and was justified in pulling the trigger at that moment. No other officer in the scene fired, yet Van Dyke emptied his clip. McDonald died from massive blood loss on the street.

Prosecutors said Van Dyke discussed shooting McDonald while traveling to the scene in a squad car with his partner. That statement allowed prosecutors to seek first-degree murder charges.

The deliberating jurors asked to hear a transcript of testimony from Van Dyke’s partner shortly before ending their deliberations for the day. The jury was on the clock for about five hours before retiring for the evening. Deliberations will continue Friday.