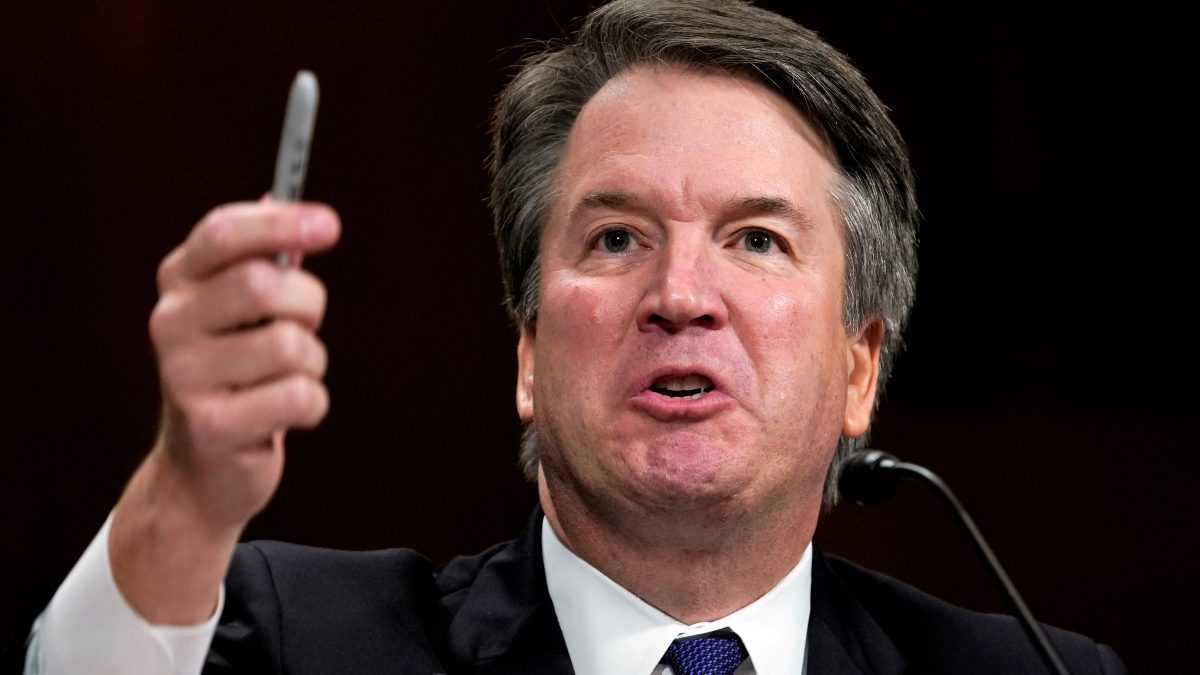 Supreme Court Nominee Brett Kavanaugh has taken to his Sharpie — or to his keyboard, as the case may be — to defend his honor after last week’s rancorous and polarizing Senate Judiciary Committee hearing. Here are eight key takeaways from a piece Kavanaugh wrote for the Wall Street Journal which appeared online Thursday evening and which is slated for print publication Friday.

(1) Dr. Christine Blasey Ford’s name is nowhere in the piece.

Ford testified during last week’s Senate Judiciary Committee hearing that Kavanaugh sexually assaulted her while the two were students. Kavanaugh does not mention her name or the name of any of his accusers in the piece.

(3) Kavanuagh apologized for his behavior in the Senate Judiciary Committee last week.

This passage will likely be picked over and criticized for hours (and perhaps days) to come:  “I was very emotional last Thursday, more so than I have ever been. I might have been too emotional at times. I know that my tone was sharp, and I said a few things I should not have said.” He did not say which things he regrets saying, however.

(4) Kavanaugh said he was speaking to a very specific audience — and it’s not the U.S. Senate.

Interestingly, Kavanaugh does not say that his audience was the senators who shall ultimately decide his fate.  “I hope everyone can understand that I was there as a son, husband and dad,” he wrote. “I testified with five people foremost in my mind: my mom, my dad, my wife, and most of all my daughters.”

Kavanaugh mixes singular and plural nouns to describe the allegations levied against him.  At one point, he references the “allegations” against him (plural), calling them “wrongful and sometimes vicious,” but then went on to “forcefully and passionately den[y] the allegation against” him (singular) and express “deep distress at the unfairness of how this allegation has been handled”  (singular). He may have been referencing the multiple allegations from multiple women in one area and discussing the specific testimony which preceded his at the hearing from Dr. Ford. However, nowhere did he name any of his accusers or discuss any specifics.

(6) We’re back on that whole “corroboration” thing.

Kavanaugh complained about an “overwhelming frustration at being wrongly accused, without corroboration, of horrible conduct completely contrary to my record and character.” We have examined previously how the law has changed since the 1970s to largely erase the necessity of corroborating evidence in most sexual misconduct cases. Surely, corroboration makes accusations easier to believe, but it is mostly legally unnecessary. All that is necessary is that a jury believe an accuser beyond a reasonable doubt that something illegal occurred.

He says he had to defend his “family,” his “good name,” and his “lifetime of public service.” He said his wife and daughters had “faced vile and violent threats.”

(8) Woe is he who lives the life of an appointee.

Kavanaugh complained about his “deep distress at the unfairness of how this allegation has been handled,” but did not say how he thinks it (they?) could have been handled more prudently.

(9) Kavanaugh extolled his pedigree, his impartiality, and his respectful treatment of women.

Kavanaugh largely wrote about his background (his mom was a prosecutor and judge; he worked for George W. Bush), his impartiality as a judge (“a good judge . . . favors no political party”), and of his record of advancing and mentoring the women who played on his basketball team and who clerked under him. He did not attempt to reconcile his former political role with his professed standard of impartiality.

During last week’s Senate Judiciary Committee hearing, Dr. Christine Blasey Ford accused Kavanaugh of sexual misconduct. Kavanaugh immediately thereafter denied the accusations. However, Senator Jeff Flake, an Arizona Republican, said he was only willing to vote Kavanaugh out of the Committee if an FBI investigation of Kavanaugh’s alleged behavior were conducted before a full floor vote occurred in the Senate. Under the Constitution, the Senate must provide advice and consent on Supreme Court nominees selected by the president.