Ex-Minneapolis Cop Charged in George Floyd Death Plans to Argue Self Defense, Reasonable Use of Force at Trial: Documents 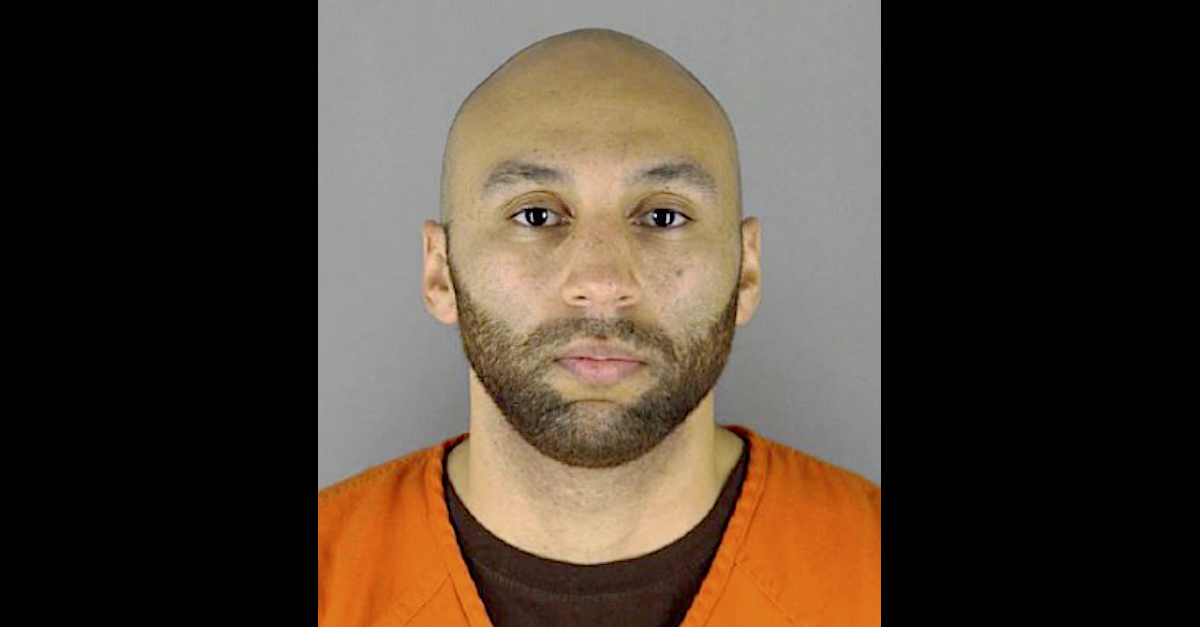 One of the four former Minneapolis police officers accused in the alleged murder of George Floyd has submitted a notice of defense tactics to the state. J. Alexander Kueng, who is charged with aiding and abetting an unintentional second-degree murder and aiding and abetting second degree manslaughter, “intends to rely upon” the doctrines of self defense, reasonable use of force, and authorized use of force at trial. That’s according to a so-called Rule 9 Disclosure filed in court on Monday.

Rule 9 disclosures are required under the Minnesota Rules of Criminal Procedure. Among the defenses that could be presented at trial under Rule 9.02(1)(5) are self defense, entrapment, mental illness or cognitive impairment, duress, alibi, double jeopardy, an expiration of the statute of limitations, collateral estoppel, certain statutory defensive postures where prosecutors alleged multiple counts related to the same crime, and intoxication.

The first defense Kueng says he will employ at trial is self defense. Under Minnesota common law, the defendant has the burden of proving the core self-defense claim; then, “the state has the burden of disproving one or more of these elements beyond a reasonable doubt”:

(1) the absence of aggression or provocation on the part of the defendant;

(2) the defendant’s actual and honest belief that he or she was in imminent danger of death or great bodily harm;

(3) the existence of reasonable grounds for that belief; and

(4) the absence of a reasonable possibility of retreat to avoid the danger.

The second defense Kueng plans to use is reasonable use of force. In so noting, Kueng’s attorney cited a statute which says deadly force is “justified only when necessary” in the following situations:

(1) to protect the peace officer or another from apparent death or great bodily harm;

(2) to effect the arrest or capture, or prevent the escape, of a person whom the peace officer knows or has reasonable grounds to believe has committed or attempted to commit a felony involving the use or threatened use of deadly force; or

(3) to effect the arrest or capture, or prevent the escape, of a person whom the officer knows or has reasonable grounds to believe has committed or attempted to commit a felony if the officer reasonably believes that the person will cause death or great bodily harm if the person’s apprehension is delayed.

The third defense Kueng will use, according to the documents, is authorized use of force by a police officer. Under Minnesota law, “reasonable force may be used upon or toward the person of another without the other’s consent” under certain circumstances, which relevantly include when a police officer is “effecting a lawful arrest” or “executing any other duty imposed upon the public officer by law,” or “when used by any person in resisting or aiding another to resist an offense against the person,” or “when used by any person to prevent the escape, or to retake following the escape, of a person lawfully held on a charge or conviction of a crime.”

The key to the latter definition is the word “reasonable,” which a jury (assuming this is not a bench trial) will have to determine. Jury instructions in the high-profile trial of Minnesota police officer Mohamed Noor illustrate this with only marginal additional clarity:

As t0 each count 0r defense, the kind and degree of force peace officer may lawfully use is limited by what reasonable peace officer in the same situation, without the benefit of hindsight, would believe to be necessary. Any use of force beyond that is regarded by the law as excessive. To determine if the actions of the peace officer were reasonable, you must look at those facts known to the officer at the precise moment he acted with force. Giving due regard for the pressures faced by peace officers, you must decide whether the officer’s actions were objectively reasonable in the light 0f the totality of the facts and circumstances confronting the officer, without regard t0 the officer’s own state of mind, intention or motivation.

That language is also a plain restatement of several U.S. Supreme Court holdings. In one, Graham v. Connor (1989), the Court held that “[t]he ‘reasonableness’ of a particular use of force must be judged from the perspective of a reasonable officer on the scene, rather than with the 20/20 vision of hindsight.” Spinning objective theories is legally irrelevant; the scene must be viewed through the eyes of the officer.

READ the document below (defendant’s name misspelled in original):