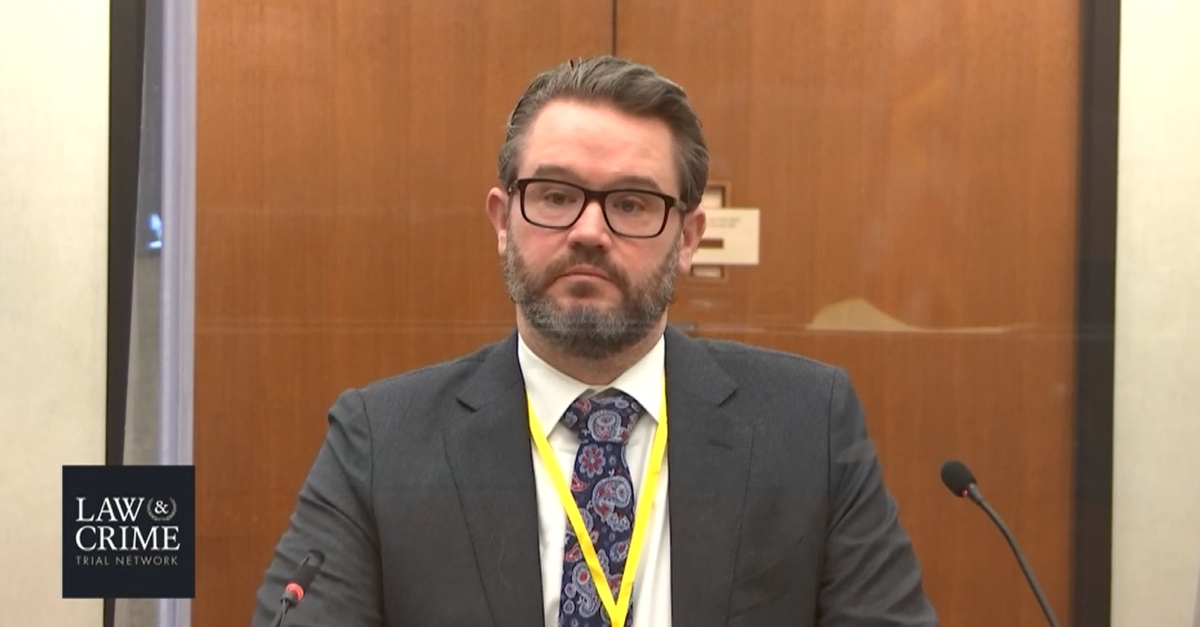 The defense lawyer for murder defendant and fired Minneapolis police officer Derek Chauvin wants to postpone the trial after the family of victim George Floyd reached a highly publicized settlement with the city last week.

“I’m gravely concerned about the news that broke Friday,” attorney Eric Nelson told Judge Peter Cahill on Monday. He asked to postpone the trial, to re-question the seven people already seated as jurors, and for a change of venue.

#DerekChauvinTrial – Defense renews their motion for change of venue and wants the trial continued due to the news of the $27M settlement on Friday. Also asking to re-question the 7 seated jurors. https://t.co/EnbiUzZQ1P

“I wish city officials would stop talking about this case so much,” Cahill said. The judge announced plans to re-question the seven jurors.

#DerekChauvinTrial – Judge said he will call back the seated 7 jurors at some point and question about the publicity of the $27M settlement. @LawCrimeNetwork

Chauvin is scheduled to stand trial for second-degree murder, and other charges in connection to a fatal arrest on May 25, 2020. As seen on video, Chauvin, then a police officer, kneeled on Floyd’s neck while the man was face down on the street, hands cuffed behind his back. Fellow officers Thomas Lane and J. Alexander Kueng were on Floyd’s back and legs, while Tou Thao stood between them and angry bystanders, who called Chauvin out. Authorities put the Floyd’s limp, unresponsive body on a stretcher.

According to the criminal complaint, the medical examiner determined Floyd died from cardiopulmonary arrest while being restrained. He had arteriosclerotic and hypertensive heart disease, and there was fentanyl and the evidence of recent meth use in his system, the investigator said. The restraint, underlying health conditions, and drugs contributed to the death. This was treated as a homicide.

“Our family is grateful for all those who care so deeply about George’s life and our loss, and this agreement is a necessary step for all of us to begin to get some closure,” said Rodney Floyd, George Floyd’s brother, in a statement provided to Law&Crime. “George’s legacy for those who loved him will always be his spirit of optimism that things can get better, and we hope this agreement does just that – that it makes things a little better in Minneapolis and holds up a light for communities around the country.”

The settlement already shaped jury selection early Monday. One woman said she could not be fair after learning about it.

#DerekChauvinTrial – Very first juror up today, PJ#51, Female, says she “gasped” when she heard the $27M settlement and it make it so she really doesn’t think she can be a fair juror. Judge dismissed her. @LawCrimeNetwork