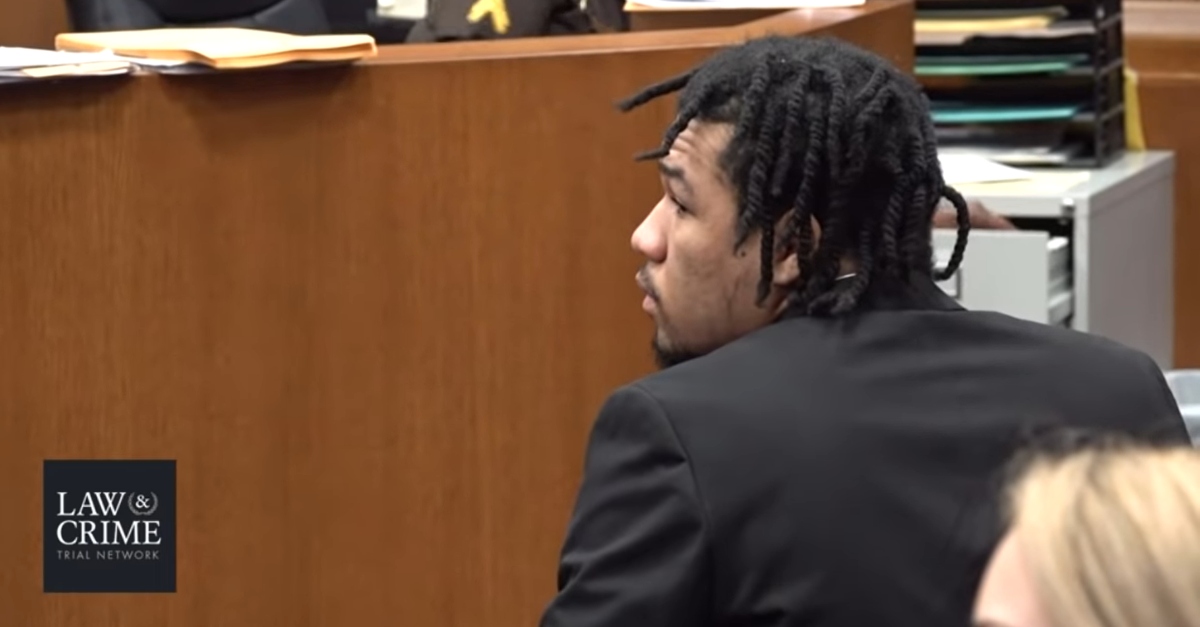 The sentencing hearing of convicted killer Devon Robinson has to be rescheduled. He was set to learn his fate on Friday in the premeditated first-degree murders of Timothy Blancher, 20, Alunte Davis, 21, and Paris Cameron, 20, but something unexpected popped up. Law&Crime received a message from the Third Judicial Circuit of Michigan’s court clerk Rosalyn Dawson that the Wayne County Jail told them that the defendant was at a “confirmed” COVID-19 ward, and won’t be brought out for sentencing.

“It will be rescheduled after a quarantine period has taken place,” Dawson wrote. “Will inform you of the new date when it is set.”

We followed up, asking for more details about his condition. Dawson referred to her previous statement, and said she could not comment on his status.

Defense lawyer Evan Callanan told Law&Crime over the phone that he only learned about this development this morning. He said he’s not sure what happened. The attorney said that he visited Robinson a week ago, and suggested his client must have come down with the disease between then and now.

A jail clerk told Law&Crime that records show Robinson was in transit, but the records didn’t detail the destination.

Jurors found Robinson guilty of murder and other charges on March 17. According to prosecutors, he partied with the victims at a home near where he lived, and engaged in sexual acts with multiple people. Then in an act of “self-hate,” he returned to the residence in a black mask and opened fire in order to kill people so his family wouldn’t find out about the amorous encounter. Blancher and Davis were gay. Cameron was a transgender woman.

At trial, Callanan said Robinson did go to the party, but he argued that the state couldn’t tie the defendant to the murder. Special prosecutor Jaimie Powell Horowitz said, however, that the defendant fled his home that morning, and was selective about what he acknowledged to investigators once police did apprehend him. For example, Robinson only admitted to sexual contact with Cameron after he learned gas station surveillance showed them together, and because he knew that his DNA was at the scene of the crime because of his sexual encounter with her, the state asserted.