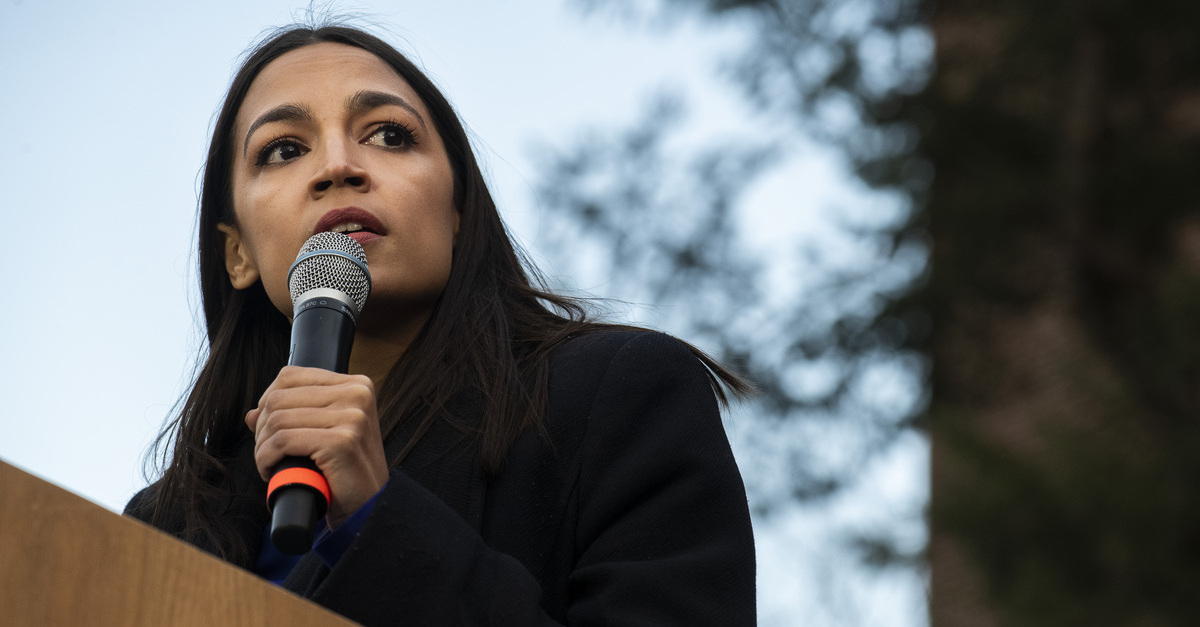 “Civil liberties protect ourselves from governments using ‘crises’ and ’emergencies’ as justification to dismantle our rights,” she said in response to the shocking news via Twitter. “This is suspension of habeas corpus, it is unconstitutional, and it is deeply disturbing that both NYPD is seeking it and a judge rubber stamped it.”

The writ of habeas corpus is a 900-year-old legal protection afforded to citizens against authoritarian impulses of law enforcement and executives which allows an advocate to argue that someone is being illegally confined, detained or imprisoned. It is generally considered the bedrock of the American and British legal systems.

New York City Criminal Court Judge James Burke agreed to a request by the New York City Police Department (NYPD) to allow for detention of anyone arrested in the Bronx, Brooklyn and Manhattan without criminal charges longer than the 24-hours mandated by state law during a hearing in response to a writ filed by The Legal Aid Society of New York City on behalf of hundreds of protestors still in jail.

“There is a crisis within a crisis,” Burke said before denying the request. “All writs are denied, Brooklyn, Bronx and Manhattan.”

The judge later elaborated, saying there is “a civil unrest crisis within the overarching COVID-19 crisis.”

“To that end, the entire police department has been deployed and the entire Manhattan DA’s office is, quote, all hands on deck and working to relieve the problems which we are currently addressing,” Burke continued. “It is simply a fact that virtual parts slow down the pace of arraignments, including but not limited to technical issues.”

The hearing was conducted via Skype and the judge was referring to the courts currently using remote hearings to deal with legal cases.

Legally, the upshot of Burke’s ruling is that the NYPD has been given the go-ahead to indefinitely detain both criminal looters and peaceful protestors who violate New York City’s recently established curfew.

Some, however, worried out loud about a potential slippery slope.

The prospect of indefinite detention committed by American authorities is typically viewed as both a constitutional violation and an egregious affront to prized American liberty interests.

In Hamdi v. Rumsfeld, the Supreme Court held that U.S. citizens have the right to challenge their status as so-called “enemy combatants” before an impartial judge while foreign-born enemy combatants did not–in the process crafting a hotly-disputed and constitutionally-suspect regime of indefinite detention. That opinion is just as well-known for the fulsome dissent authored by conservative Justice Antonin Scalia and joined by liberal Justice John Paul Stevens.

“The very core of liberty secured by our Anglo-Saxon system of separated powers has been freedom from indefinite imprisonment at the will of the Executive,” Scalia wrote–arguing that only Congress has the ability to suspend the writ of habeas corpus.

New York law requires that a person be arraigned within 24 hours of an arrest. The NYPD, however, argued–and Judge Burke agreed–that “extreme measures” were needed “to maintain order” due to unprecedented “rage against the police department.”

Criminal defense lawyers were not buying those arguments.

“They have no excuse for not processing them,” Legal Aid attorney Marlen Bodden said after the ruling. “The reason they are doing it is because the people are protesting police brutality.”

“The police department has a history…of deliberately delaying people’s arraignments because they don’t like what they’re doing on the street,” Legal Aid’s Russell Novack alleged.

“The NYPD has no excuses with its 38,000 police officers and the best technology in the world, with all the money they are being given,” Bodden later added. “They have no excuse to not process them in a timely manner.”

“We are disappointed with the judge’s ruling, which is wrong on the law and contrary to the protections afforded by Roundtree v. Brown,” The Legal Aid Society said in a statement provided to Law&Crime. “However, since this writ was filed, some progress has been made to ensure the release of New Yorkers within 24 hours of their arrest. We will continue to monitor this situation and we are fully ready to appeal if necessary. We are also disheartened, however, because the overwhelming number of people held illegally are those accused of charges that should have resulted in their automatic release.”

“Lastly, while proclaiming not to be vindictive towards New Yorkers protesting police brutality, the NYPD faulted its own incompetence to distract from its duty to ensure that people are swiftly arraigned and brought before a judge,” the statement continued. “Motivations aside, the NYPD is fully responsible for the hundreds of New Yorkers who are currently languishing in cages, deprived of their due process rights and at an increased risk of contracting COVID-19.”

Civil liberties focused non-profit and public interest law firm the Center for Constitutional Rights suggested that they would institute legal action in response to the judge’s ruling.

“We won’t stand for it,” the group tweeted.

“The privilege of a writ or order of habeas corpus shall not be suspended, unless, in case of rebellion or invasion, the public safety requires it.” -Article I, Section 4 of the NY constitution

… are we having a rebellion or an invasion? https://t.co/elVnUoB1l0

While Ocasio-Cortez’s statement in opposition to the extraordinary lifting of constitutional protections brought national attention to Burke’s decision, many New Yorkers are distressed about the impact of the ruling. At least one other elected official there was pretty clear about how he felt about the news as well.