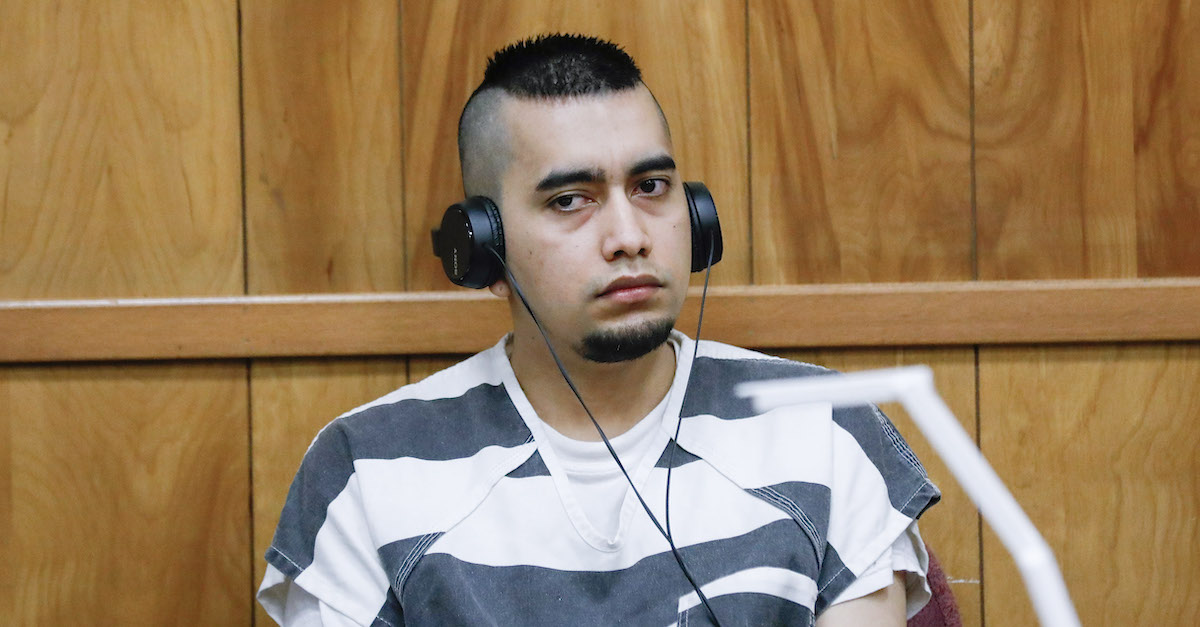 Cristhian Bahena Rivera appears during a hearing at the Poweshiek County Courthouse in Montezuma, Iowa, on Thursday, July 15, 2021.

An Iowa judge has denied a sweeping request by attorneys for convicted murderer Cristhian Bahena Rivera for a broad cache of government records.

Bahena Rivera was convicted by an Iowa jury on May 28th of murdering Mollie Tibbetts, 20, in Brooklyn, Iowa. Since the conviction, the defendant’s attorneys, Chad and Jennifer Frese, have indulged the court in a new theory of Tibbetts’ demise. 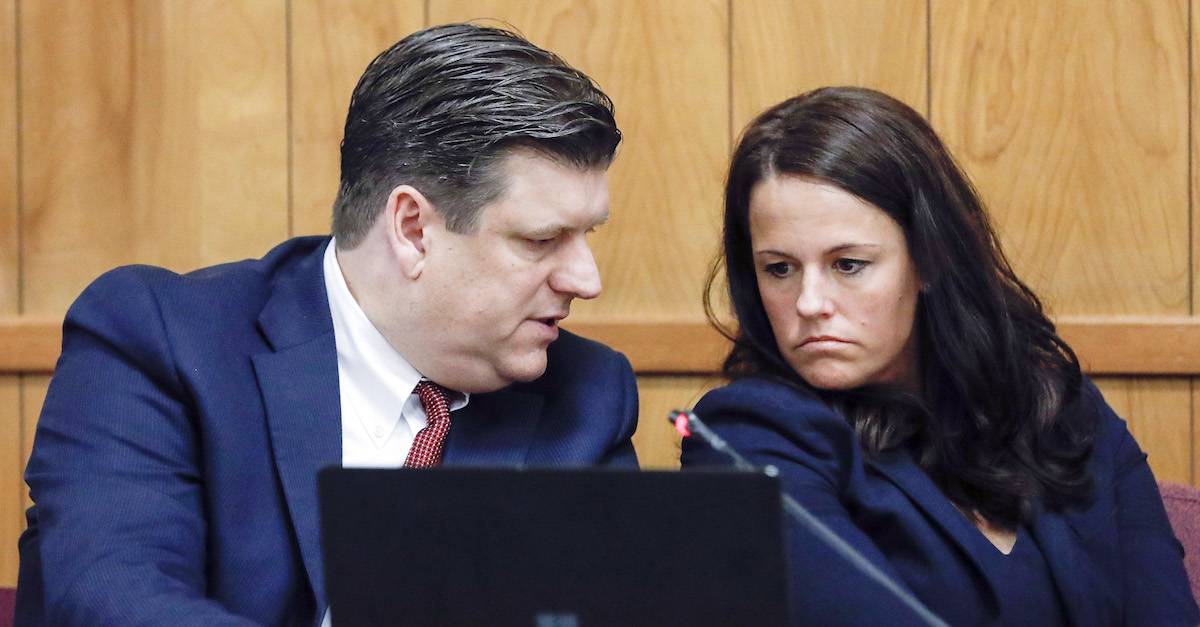 Defense attorneys Chad Frese and Jennifer Frese confer during a hearing for their client Cristhian Bahena Rivera at the Poweshiek County Courthouse in Montezuma, Iowa, on Thursday, July 15, 2021.

The defense team says Arne Maki, an Iowa prison inmate, claims a former cellmate named Gavin Jones admitted that he was the one who really killed Tibbetts.  According to Maki’s alleged account, Jones claimed he acted with another man at the behest of an unnamed 50-year-old sex trafficker to kill Tibbetts. Defense attorney Jennifer Frese later named James Manuel Lowe, 50, as that alleged sex trafficker. She and her co-counsel Chad Frese also said another person, Lindsey Voss, independently came forward and said Jones also confessed to her that he was involved with Tibbetts’ death. Voss said she dated Jones, and the Bahena Rivera defense team characterized the relationship as volatile. 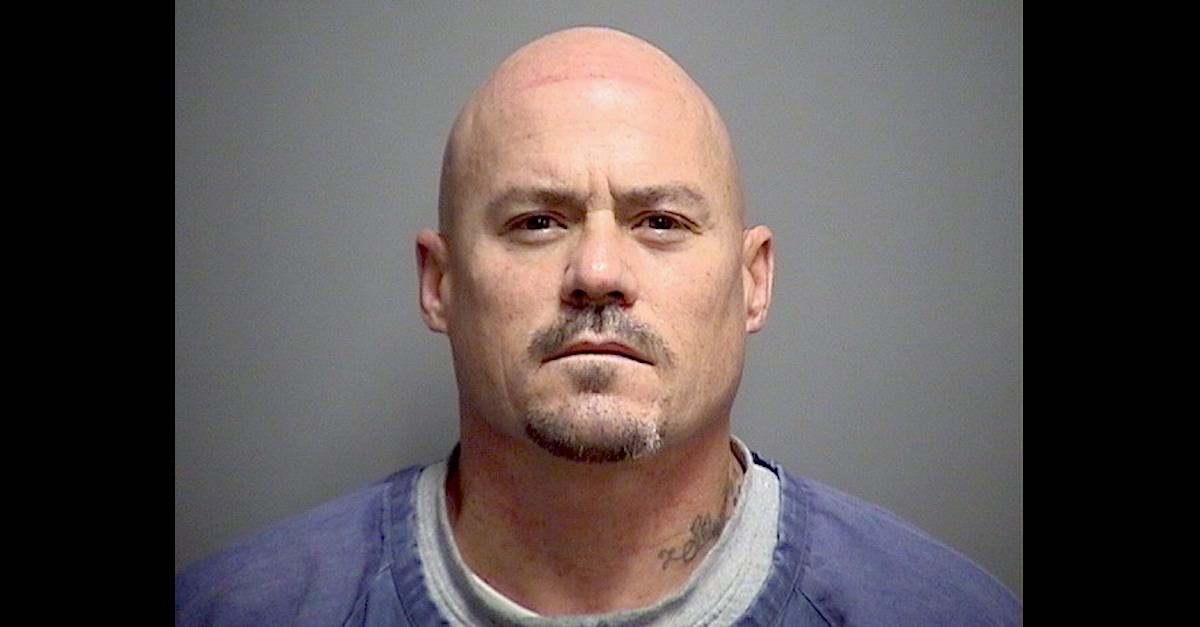 Prosecutors, who are anxious to preserve Bahena Rivera’s conviction, balked at the defense theory. They told a judge on Thursday they would “resist providing anything” the defense sought in order to ferret out the back story.

“Defendant asserts that another individual, named Gavin Jones, had confessed to the murder of Mollie Tibbetts, and as a result of an independent investigation, Defendant alleges Jones has ties to a James Lowe and [a] possible sex trafficking ring,” Judge Yates wrote while recapping the arguments. “Further, Defendant alleges individuals in the trafficking ring are linked with disappearance of Xavior Harrelson from Montezuma, Iowa.” 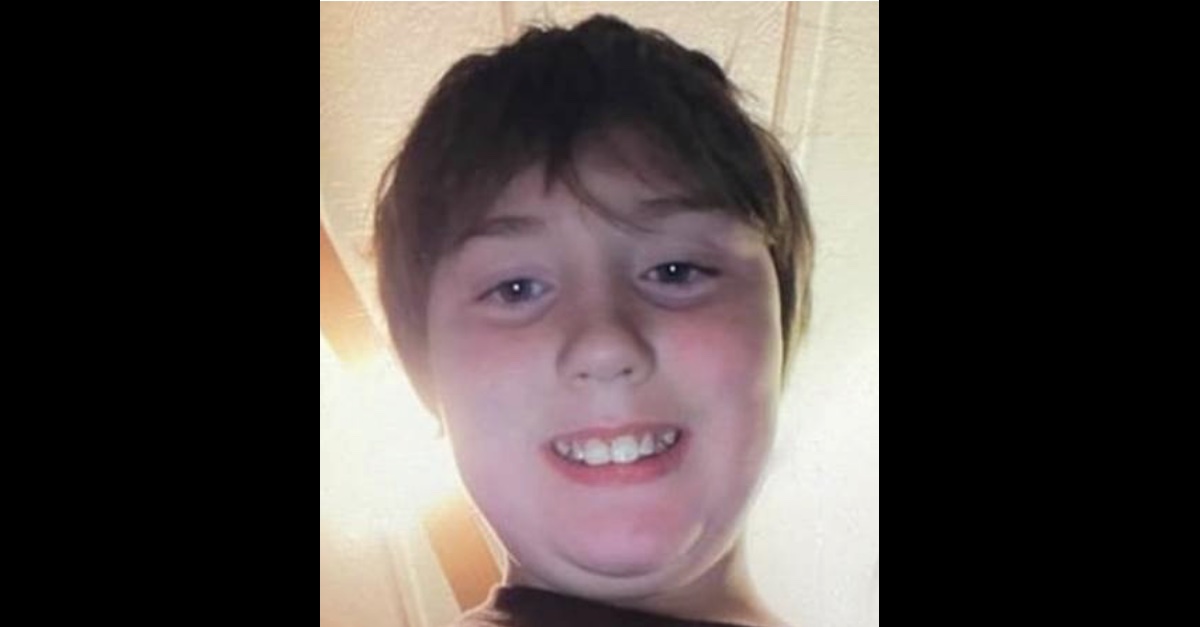 Xavior Harrelson, an area missing child, is shown in an image released by the Iowa Department of Public Safety.

“Defendant asserts that in order to adequately argue there is newly discovered evidence and a new trial is necessary, he requires information that is in the State’s possession,” Judge Yates continued. “Specifically, Defendant seeks evidence of 1) any sex trafficking investigation involving James Lowe or any other residents of Poweshiek County or adjoining counties; 2) any pending investigations of James Lowe during the period that Mollie Tibbetts went missing and present, and 3) any pending investigations involving Gavin Jones. The State resists the Defendant’s Motion in its entirety.”

Judge Yates characterized the defense motion as “essentially a request for further discovery after his conviction.” He agreed with prosecutors that “there is no rule or case law that supports the proposition the State can be compelled to make disclosures to the Defendant.”

“The State is correct that discovery is a pre-trial mechanism and nothing in our rules of procedure or any case specifically recognize a court’s authority to compel discovery after a conviction,” Judge Yates noted — thus rubbishing the defense claim that additional files could be requested at this point in the litigation. 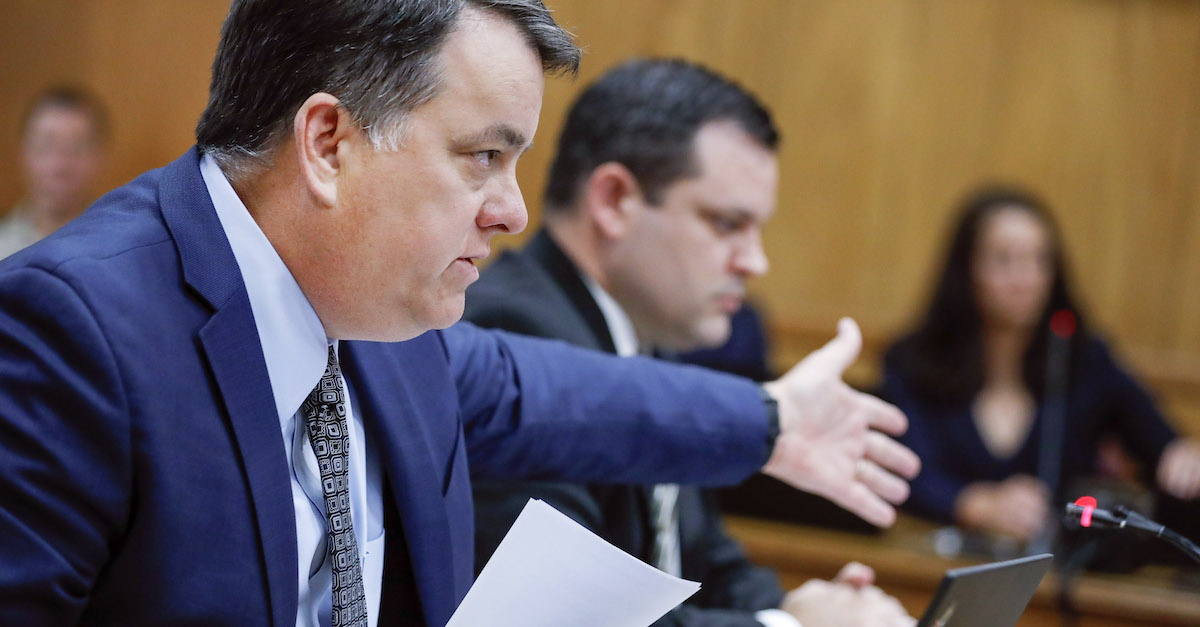 Yates also pointed to unpublished Iowa case law which suggests a trial court “does have the authority to compel discovery following a trial when necessary.” But the judge found the defense request for information surrounding an alleged widespread sex trafficking ring connected to James Lowe to be “overly broad and lacking a nexus to the Defendant.”

Judge Yates then rejected a defense request for “any pending investigations of James Lowe during the period that Mollie Tibbetts went missing up until the present.”

“Counsel for Defendant have asserted there is a connection between James Lowe and Gavin Jones, but this point has not been articulated by any witness or piece of evidence,” Judge Yates rationed. “A motion for new trial is not an opportunity for the Defendant to investigate third parties unassociated with this case.” 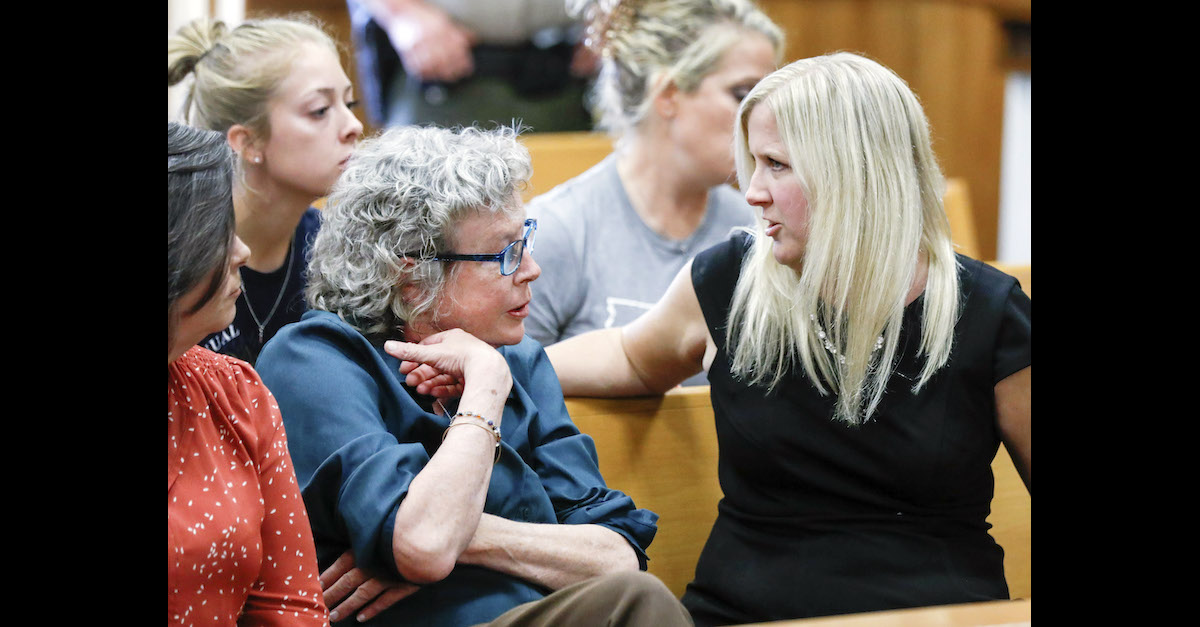 “It is unclear to the Court why the Defendant would need information about pending investigations regarding Jones when the Defendant, in the Motion for New Trial, asserts he is already in possession of the alleged newly discovered evidence, i.e. the confession,” Judge Yates concluded. “Further evidence regarding Jones would be a fishing expedition and unnecessary for this procedural mechanism.” 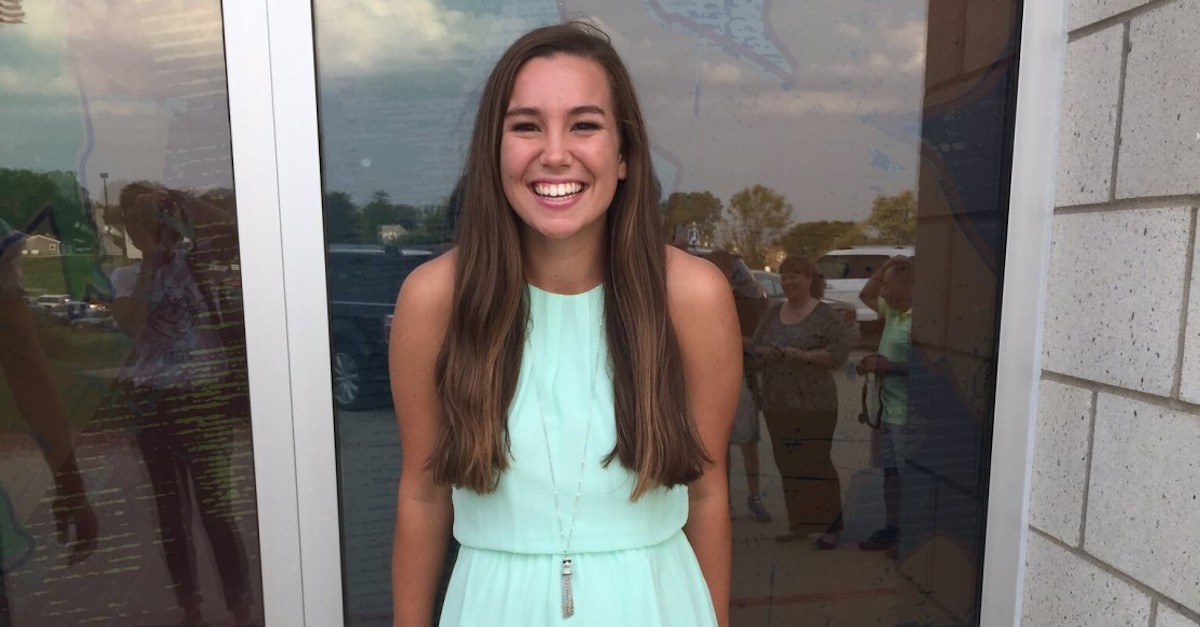 The six-page order notes that the the defense’s broader request for a new trial will be argued July 27th.

The order also notes that the defense alleged a violation of Brady v. Maryland, a 1963 U.S. Supreme Court case which generally requires prosecutors to provide defense attorneys with any evidence in the government’s possession which tends to suggest that a named defendant might be innocent. Judge Yates summarily tossed that allegation with a few words about the defense’s duty “to conduct a reasonable investigation in order to protect his fair trial rights” and, here, a subsequent defense failure to produce sufficient “legal authority to support this argument.”

According to the local constabulary, Bahena Rivera admitted that he approached Tibbetts while she was jogging, claimed he blacked out, and then later realized her dead body was in his vehicle.  He then led the authorities to the location where he said he hid her body. During trial, however, Bahena Rivera testified that two masked men appeared suddenly in his home one day and ordered him to drive to where Tibbetts was jogging.  The defendant claimed on the witness stand that one of the two men exited his car, then returned to order him to drive to pick up the victim’s body. He said the men told him where to leave Tibbetts’ remains. Bahena Rivera claimed he acted under duress: the men allegedly threatened to kill his daughter and his daughter’s mother if he revealed what they told him to do. The defense is now fixated on trying to prove the defendant’s story to be true.

[images via Jim Slosiarek/The Gazette/Pool, except as noted.]