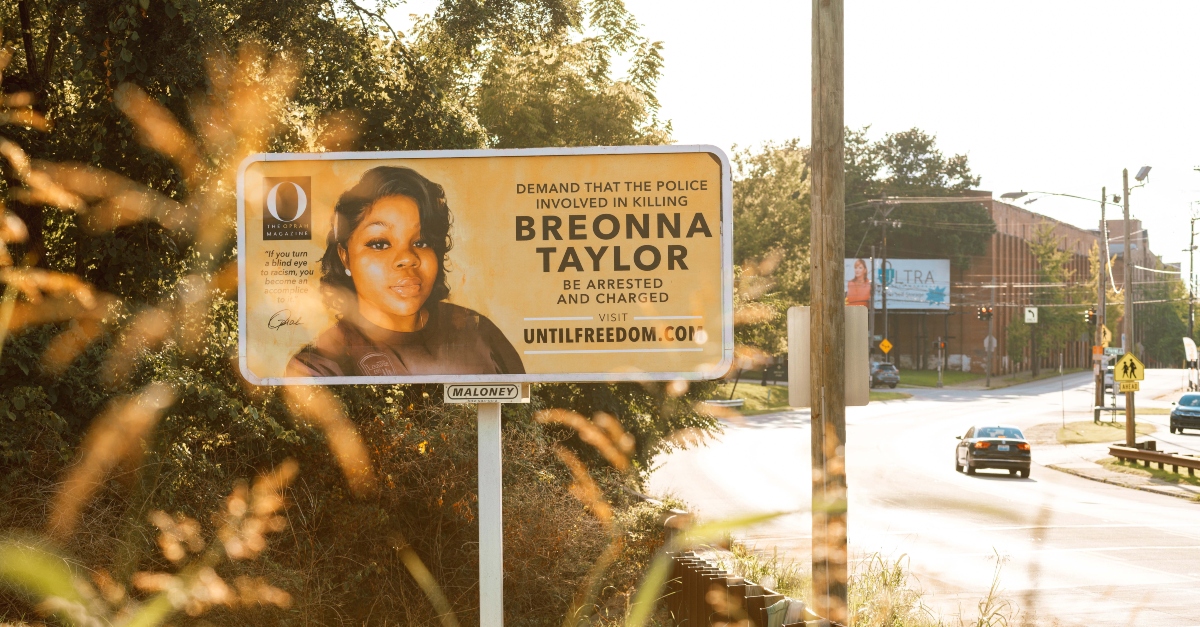 The other shoe just dropped for two Louisville police detectives involved in the fatal raid on 26-year-old Breonna Taylor’s apartment. Myles Cosgrove and Joshua Jaynes, as the department planned, they were indeed fired. This happened Tuesday, according to The Louisville Courier-Journal.

This follows about a week after Louisville interim police chief Yvette Gentry announced plans to oust the officers. Cosgrove was the detective found by the FBI to have fired the round that killed Taylor, said Kentucky Attorney General Daniel Cameron (R). Jaynes was the detective who sought the search warrant for a no-knock raid on Taylor’s apartment in connection to a drug investigation against her ex-boyfriend Jamarcus Glover. At the end of it all, no evidence was presented against her in the drug case.

In letters, Gentry said that Cosgrove failed to accurately evaluate the threat and—considering that he fired in three different directions—did not identify a particular target. She said Jaynes lied about verifying the underlying basis of the search warrant.

Jaynes’ attorney Thomas Clay said they will appeal to the Police Merit Board, according to the Courier-Journal. Jarrod Beck, a lawyer for Cosgrove, did not immediately return a Law&Crime request for comment. He previously declined to talk to us about the pre-termination letter.

These are the second and third officers to be fired in the botched early morning March 13, 2020 raid on Taylor’s apartment. The first was Officer Brett Hankison, who is currently appealing his termination for allegedly blindly firing during the incident. Taylor’s boyfriend Kenneth Walker opened fire during the raid, and officers returned fire, according to the story. He was charged with attempted murder in shooting Sgt. Jon Mattingly in the leg. Walker said, however, he did not know these were the police barging into the apartment. The case was dropped.

Cameron controversially announced that there would be no charges in Taylor’s death. Only Hankison was charged, but for allegedly firing into a neighboring apartment. While Cameron said the officers were justified in returning fire because Walker had fired first, wounding Mattingly, Black Lives Matter protesters and lawyers for Taylor’s family said she was the decision was “outrageous and offensive.”

Later, several grand jurors stepped forward to say they were only allowed to consider the Hankison charges.