Puerto Rico May Have Its Best Shot Ever at U.S. Statehood — Here’s What You Need to Know 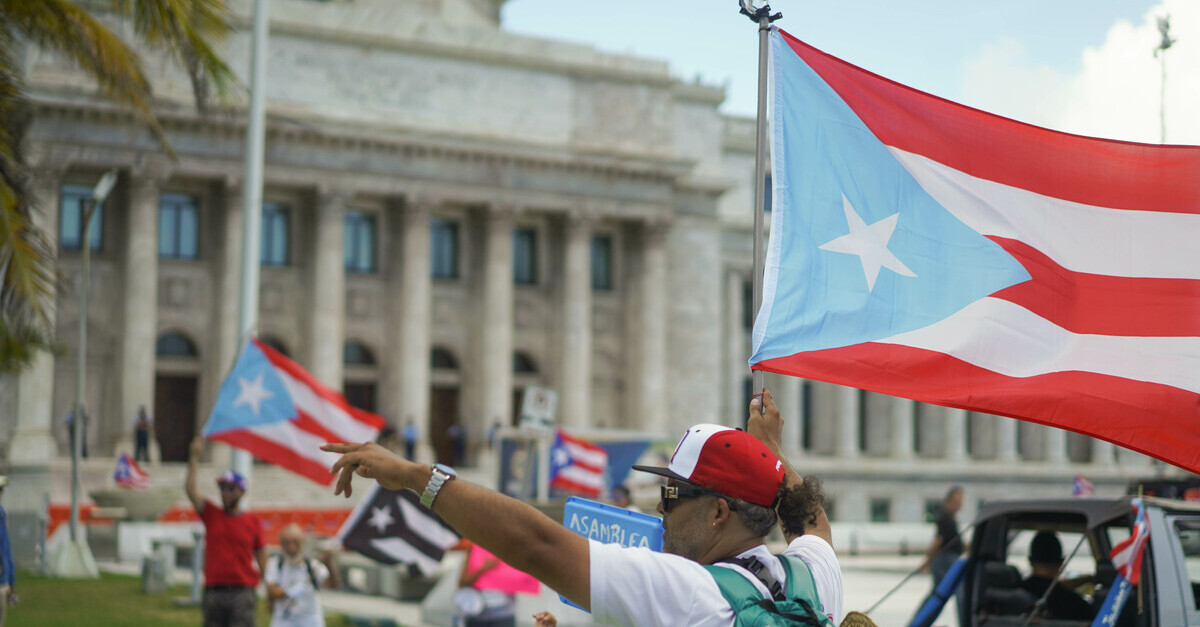 January 6th, 2021 is a big day for Puerto Rico, and not just because it’s Three Kings Day. Democrats Jon Ossoff and Raphael Warnock are projected to win Georgia’s two Senate runoff elections, meaning Democratic control of the Senate, and with it a strong shot that Puerto Rico might obtain statehood. Although support for making Puerto Rico a state does not always fall along strict party lines, there is reason to believe that a Democratic Congress and president will give the endeavor its strongest chance yet.

On November 3, a majority of voters in Puerto Rico voted for statehood. Puerto Rico should be a state. Pass it on pic.twitter.com/uDSuoVILvX

What are the rules for admitting a new state into our union?

Under the United States Constitution, Congress has the power to grant statehood. However, there’s no specific mandated procedure. In the past, a territory’s residents would pass a referendum, and then petition for statehood through its representatives. The request would then require approval from both houses of Congress and, finally, from the president. Most recently, Hawaii became the 50th state in 1959. Congress passed a federal statute which dissolved the Territory of Hawaii and established the State of Hawaii; the statute was later signed into law by President Dwight D. Eisenhower.

What would becoming a state mean for Puerto Rico?

If Puerto Rico became a U.S. state, it would receive electoral votes for president as well as congressional representatives. It would also receive federal funding. Its citizens, although already U.S. citizens, would be entitled to additional rights under federal law.

Puerto Rico is a United States territory, subject to the jurisdiction and sovereignty of the United States federal government. Puerto Rican residents are U.S. citizens and have been so since 1917 as a result of the Spanish-American War.

Puerto Rico has its own three-branched government which was formed in 1952 after Puerto Rico adopted its own Constitution (that Constitution had been specifically authorized by the U.S. two years earlier).

Governor Pedro Rafael Pierluisi Urrutia is the current head of the executive branch of Puerto Rico. Jenniffer González, Puerto Rico’s one congressional representative, was re-elected for the position in Nov. 2020. Puerto Rico’s representative is very similar to other House members: she can introduce legislation and vote on committees, is identified as Members of Congress, and receives an annual salary of $174,000. They differ, however, in that they cannot cast a final vote on legislation, and they serve four-year terms.

Puerto Rico is home to a United States District Court. It fully functions as part of the federal judicial system after Congress in 1966 elevated it to Article III status (advancing its previous status as a mere territorial court). The District of Puerto Rico is under the appellate jurisdiction of the First Circuit Court of Appeals in Boston due to trade and financial connections between the island and New England; the First Circuit Court of Appeals meets from time to time in Puerto Rico to hear local cases. Federal criminal defendants have been known to argue about the island’s legal status as a non-state in attempts to evade prosecution under U.S. drug laws.

Puerto Rican citizens are indeed U.S. citizens, but their rights differ from those of other citizens. Under a series of 1901 United States Supreme Court decisions known as  the “Insular Cases,” citizens of American territories are not guaranteed the same rights as are those of states. Generally, this has meant that Puerto Ricans are afforded “fundamental rights” (such as due process, freedom of speech, and freedom of religion) but can be legally discriminated against for other reasons.

Because Puerto Rico does not have full voting power in Congress, the island has little means to advocate for itself within the American government.

Most recently, a bill was introduced in the House in 2019 that would have committed Congress to supporting Puerto Rican statehood in accordance with a favorable vote in referendum. The bill was never voted on.

Is it likely Puerto Rico will become a state?

We’ll give it a solid “maybe.” There is substantial public support for Puerto Rico to attain statehood.

Immediately reinforcing and fortifying our democracy is a priority. Whether that’s statehood for DC/Puerto Rico or passing the Voting Rights Act, it is imperative to structurally change things in order to build on this historic victory.

Furthermore, there is at least some bipartisan support. Sen. Chuck Schumer (D-N.Y.) has gone on record saying that he’d “love” to make both D.C. and Puerto Rico states.

Sen. Marco Rubio (R-Fla.) issued a press release after the November 2020 election stating:  “I support the right of our fellow Americans in Puerto Rico to seek admission to the union as a state. I will continue working on our strategy of building support in the Senate and creating the conditions necessary to achieve the 60 votes needed for success.”

Others, notably Sen. Mitch McConnell (R-Ky.), have remained vehement opponents of Puerto Rican statehood.  McConnell called the idea “full bore socialism on the march in the House” when colleagues in the lower chamber supported it.

Still, the politics and pragmatics of Puerto Rican statehood are complex, both inside and outside the island’s borders. Puerto Rico’s governor is a Democrat, but its congressional representative is a Republican and a chair of Latinos for Trump. Both, however, support statehood.

Some argue that the push within the U.S. to include Puerto Rico stems not from a desire to achieve equality, but rather from a quest for political power in the Senate. President Elect Joe Biden has made many statements supportive of Puerto Rico generally and has advocated for Puerto Rico to decide its own fate with regard to statehood.

“Joe Biden believes that Puerto Rico, and the more than 3 million American citizens who call it home, deserve to be treated with dignity and respect. Whether you live in Reading, Pennsylvania; Kissimmee, Florida; or San Juan, Puerto Rico, you deserve a fair return for your work, an equal chance to get ahead, and a government that treats every American citizen equally and has your back when you get knocked down.

Yet, President Trump turns his back on the people of Puerto Rico again and again. He has not only not attempted to help, he has made things worse. After the island was devastated by Hurricane Maria, he failed to deliver the emergency supplies it needed and then suggested we should sell or trade Puerto Rico. In the midst of the coronavirus, he has again failed to provide Puerto Ricans with the support they need.”

Biden’s statements reflect the spirit of the Democratic Party’s 2020 platform, which reads: “The people of Puerto Rico deserve self-determination on the issue of status.”

The Republican Party did not adopt a new 2020 platform but rather extended its 2016 platform. That document read:

“We support the right of the United States citizens of Puerto Rico to be admitted to the Union as a fully sovereign state. We further recognize the historic significance of the 2012 local referendum in which a 54 percent majority voted to end Puerto Rico’s current status as a U.S. territory, and 61 percent chose statehood over options for sovereign nationhood. We support the federally sponsored political status referendum authorized and funded by an Act of Congress in 2014 to ascertain the aspirations of the people of Puerto Rico. Once the 2012 local vote for statehood is ratified, Congress should approve an enabling act with terms for Puerto Rico’s future admission as the 51st state of the Union.”

As the results of the Georgia Senate run-off are announced and the 117th Congress certifies the electoral votes for President Elect Biden, those looking toward Puerto Rican statehood are hopeful that the time has finally come for the island to become an unqualified part of the U.S.

Puerto Rico should be a state. Don’t forget that.