‘What’s at Stake in This Trial Is a Man’s Good Name’: Lawyer Urges Jury to Believe Johnny Depp and Give Him ‘His Life Back’ 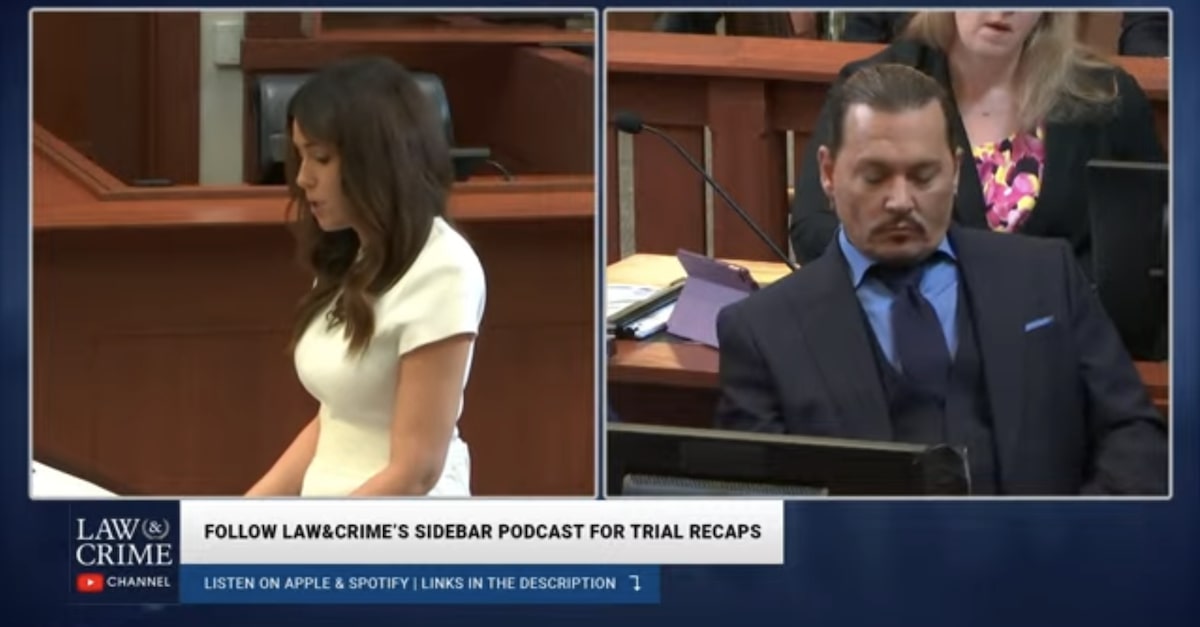 Exactly six years to the day after Amber Heard first sought a restraining order against Johnny Depp, closing arguments kicked off in a Virginia courtroom on Friday in the former couple’s bitter defamation trial.

Invoking that anniversary at the beginning of her remarks, Depp’s attorney Camille Vasquez urged the jury to give her client “his life back by telling the world that Mr. Depp is not the abuser.”

“Remember: She Wanted Nothing”

On May 27, 2016, Heard walked into a Los Angeles courthouse to seek a restraining order, and paparazzi captured a photograph of her apparent bruise for the celebrity tabloid TMZ.

An ex-staffer at the outlet, testifying over the publication’s objections, told a jury that TMZ had a tip-off about when Heard would appear and where to photograph the apparent bruise.

“She would pause for paparazzi, who got the photos that ended up splashed across newspapers and magazines,” Vasquez said.

The couple eventually finalized their divorce with a $7 million settlement in 2017.

Heard claimed she’d donate the sum to charity: half to the American Civil Liberties Union and half to Children’s Hospital Los Angeles. The charities only received a small fraction of the pledged donation, mostly from third-parties like Depp and billion Elon Musk acting in Heard’s name.

“The ACLU? They got less than $1 million, and the Children’s Hospital? They got $250,000,” Vasquez noted. “But that didn’t stop Ms. Heard from telling the world that she donated everything. Because remember: She wanted nothing.”

On Dec. 18, 2018, Heard’s byline appeared on a Washington Post op-ed titled “I spoke up against sexual violence — and faced our culture’s wrath. That has to change.” Though his name did not appear in the editorial, Depp filed a lawsuit noting that the headline, two sentences, and a paragraph left the distinct implication that it was about him. Heard appeared corroborate as much on the witness stand, and an email pitching the editorial to the Post said it was about how she was “beaten up” by Depp.

One paragraph likened a “powerful man” to a ship like the Titanic, and Depp’s lawyers say the analogy was clear: Heard was the iceberg.

The op-ed ran days before the release of Aquaman, a box office smash that Heard argues would have been a breakout role.

“This Is #MeToo Without Any #MeToo”

Now, both Depp and Heard argue that their names have been dragged through the mud and their careers shattered. The Post op-ed resonated at the height of the #MeToo movement, but as Depp’s other attorney Benjamin Chew noted in his summation, no other women stepped forward other than Heard.

“This is #MeToo without any #MeToo,” Chew quipped, deploying another culturally resonant watchword by adding that his client was “canceled.”

One of his ex-girlfriends, Ellen Barkin, testified that Depp threw a bottle in the direction of her and a group of friends once in the 1990s, but she did not know why. She didn’t assert that he was throwing the bottle at her. Another ex-girlfriend, supermodel Kate Moss, offered an unqualified defense of him in court.

Heard countersued after Depp’s attorney Adam Waldman called her allegations “fake,” “fraud,” and a “hoax,” inspiring what the actress described as a smear campaign.

No matter whose account the jury believes, Depp and Heard’s accounts cannot be reconciled. As each side tells it, the other is lying—audaciously and sadistically. Depp claims that Heard fabricated an elaborate ruse to torpedo his career, and Heard alleges that he emotionally, physically, and sexually abused her for years. Then, she claims, Depp marshaled his vast wealth to mount what he called a smear campaign of “total global humiliation” against her through legal and PR muscle for daring to tell her story.

“What we have is a mountain of unproven allegations that are wild, over the top, and implausible,” Vasquez said.

“A Woman Who Is Willing to Say Absolutely Anything”

To flag just one stark example from March 2015, the couple was in Australia when each one alleges that the other grotesquely assaulted the other with a liquor battle. Heard claims that Depp raped her with a whiskey bottle, while Depp was allegedly hopped up on eight to 10 pills of MDMA.

“You can’t pick and choose which of these wild allegations to believe and which ones to disregard,” she said. “You either believe all of it or none of it. Either Mr. Depp sexually assaulted her with a bottle in Australia, or Ms. Heard got up on that stand in front of all of you and made up that horrific tale of abuse.”

Vasquez said that the evidence does not support that a sexual assault occurred. Heard said that she took some sleeping pills and went to sleep, never seeking medical attention. She took photographs of a mirror Depp had written on, but no pictures of herself after the alleged incident, the lawyer noted.

“Either, she’s a victim of truly horrific abuse, or she is a woman who is willing to say absolutely anything,” the lawyer added.

Depp, on the other hand, claims that Heard threw a vodka bottle at him, which he said shattered and severed his fingertip.

“When her husband was seriously injured and bleeding from a partially amputated finger, what did Ms. Heard do?” Vasquez asked. “She pursued him. She kept coming after him because that’s what she does.”

Depp alluded to trying to get away from her in an recorded conversation with Heard played for the jury.

“Most importantly, we heard from Ms. Heard about her assaults on multiple audio recordings, admitting to being physically violent with Mr. Depp,” Vasquez said.

This is the second defamation trial related to their dueling abuse claims to make it to trial. A U.K. judge previously found against Depp in his lawsuit against The Sun, a British tabloid that ran an editorial calling him a “wife beater.” The judge found the allegation “substantially true,” crediting 12 out of 14 allegations against Depp.