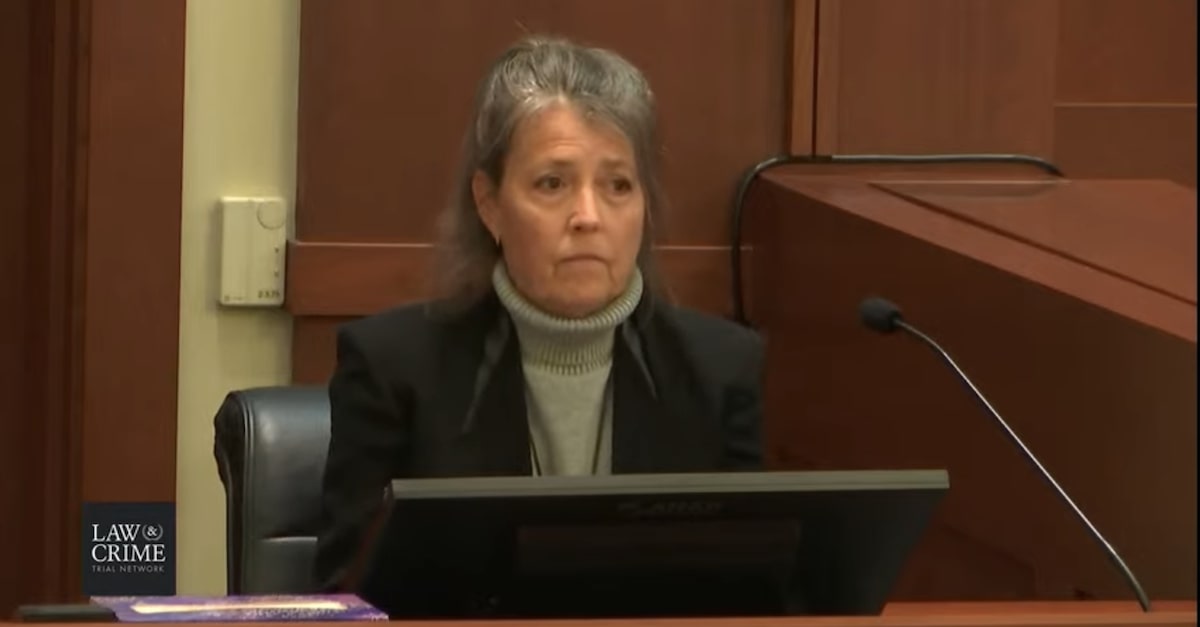 Johnny Depp’s sister Christi Dembrowski testifies about their upbringing during his defamation trial against Amber Heard.

The debut witness in her brother’s defamation case against Aquaman star Amber Heard, Johnny Depp’s sister told a jury that their abusive mother gave them a poor model of a healthy marital relationship. Such testimony was a prelude to the insult she said Heard leveled at Depp, calling him an “old, fat man.”

Earlier on Tuesday, Depp’s lawyers told the jury that Depp’s abusive mother served as a model that led him to tolerate similar alleged conduct by Heard. Christi Dembrowski’s testimony delved deep into the siblings’ upbringing, claiming that their mother would scream and hit her conflict-averse father—who “never reacted.”

Depp’s attorneys claim that the same dynamic would play out decades later between the son and Heard, who would go on to portray herself as the domestic abuse survivor.

In 2016, Heard rattled off such allegations in support of a restraining order obtained just a year before her divorce with Depp. Those acrimonious court proceedings caught the attention of paparazzi, but the simmering controversy came to a head in the wake of the #MeToo movement, when Heard revived those allegations with a 2018 op-ed in the Washington Post.

Now facing off in a trial in Fairfax County, Virginia, Depp and Heard are pursuing and defending against defamation accusations related to those accusations of abuse.

Decades before the salacious and ongoing courtroom match-up, Dembrowski portrayed her younger brother as a “shy, sweet little boy,” whose maternal model was a mother who teased his lazy eye condition by calling him “one-eye.”

Depp took the taunts in stride, not responding in any “negative way,” Dembrowski said.

“As a young child, none of what was happening in our home felt good so as I got older, you know, both Johnny and I actually decided once we left we were never going to repeat anything ever similar to our childhood,” Dembrowski testified.

Both pursued careers in Hollywood. She was a production assistant and a partner on his film production companies. She told a jury that she worked hand in hand with his agent, met with producers and executives in studios and engaged in contract negotiations. About a decade after his starring role in the coming-of-age-film What’s Eating Gilbert Grape, Depp’s career took off with Pirates of the Caribbean.

“After that, he was more recognizable. So many people loved that character,” Dembrowski noted, referring to Capt. Jack Sparrow.

One of those professional opportunities was The Rum Diary, the 2009 movie where Depp met Heard. She was roughly two decades his junior, but Depp’s lawyers said she eventually wooed him. Dembrowski said that she had concerns about the progression of their romance, saying that Heard would insult him.

When Depp said he had a meeting with Dior, a disgusted Heard scoffed: “Why would they want to do business with you? They’re about class and style, and you don’t have that,” according to Dembrowski.

In 2015, Depp and Heard got married, and Dembrowski continued to have reservations because a prenuptial agreement had not yet been signed.

“I was scared,” Dembrowski said. “I was devastated actually, that it was going to happen as quickly as it was being pushed for. I tried to talk him into waiting and not rushing.”

With the date for the wedding approaching, there had been no success with talks for the prenup. Dembrowski said that Depp never signed one because Heard did not agree to it, but went on to attend her brother’s wedding in Los Angeles.

Dembrowski said that she never witnessed Heard and Depp arguing or engaging in any physical altercation.

On cross-examination, Heard’s attorney J. Benjamin Rottenborn confronted the witness with text messages she sent Depp about his drug and alcohol use. “Stop drinking,” “Stop coke,” and “Stop pills,” Dembrowski wrote in back-to-back messages. Dembrowski acknowledged sending them but she avoided stating outright on the witness stand that Depp had a problem. She also denied Rottenborn’s implication that her business and financial well-being were tied to her brother’s. Her testimony will continue on Wednesday.