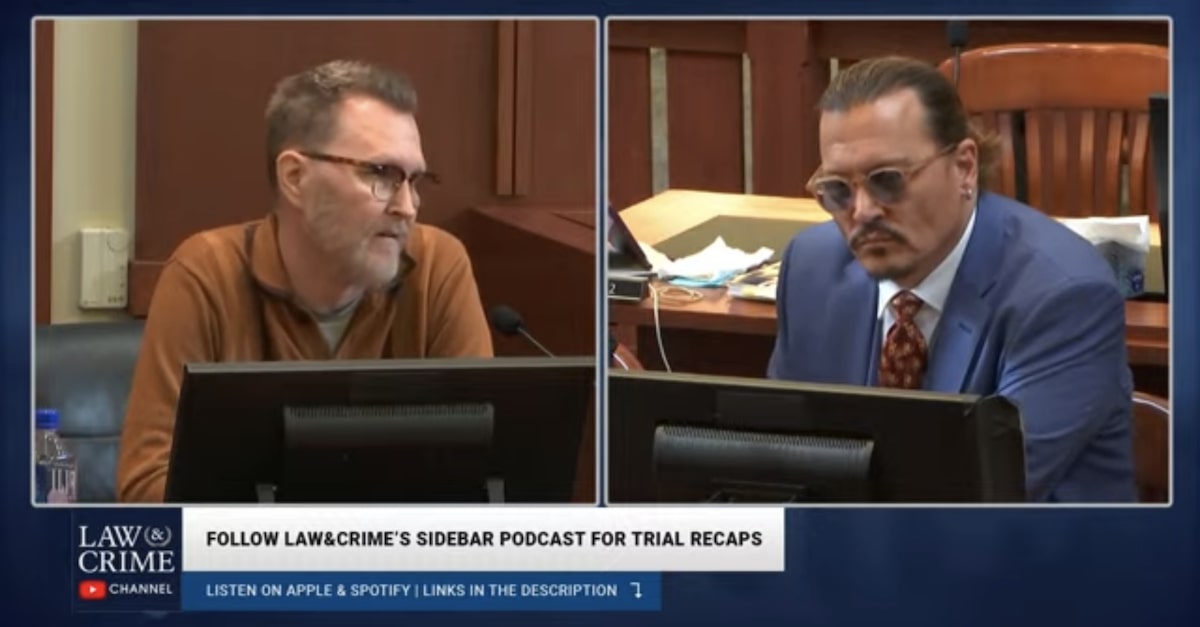 One of the more than dozen times actress Amber Heard claims that Johnny Depp abused her allegedly took place at California’s Hicksville Trailer Palace in 2013. The man who created the posh campground testified in Depp’s defense on Tuesday, contradicting parts of Heard’s account.

Heard’s defense attorney tried to undermine writer and director Morgan Higby Night’s testimony by pointing out his association with one of the most pro-Depp accounts on Twitter—and his recent tweet bashing the actress’s ex-boyfriend Elon Musk.

In both the United Kingdom and the United States, Heard claimed that Depp became jealous of a woman named Kelly Sue, whom he allegedly believed had been coming onto her romantically. Heard, who is bisexual, had finished a relationship with artist Tasya van Vee before her relationship with and later marriage to Depp. So, the Aquaman actress said, Depp viewed men and woman as possible rivals.

The former couple agrees that they had an argument inside the trailer, but Depp denies that hit her during it. A U.K. judge credited Heard’s version of events, in a ruling finding it was “substantially true” for an editorial in The Sun to label him a “wife beater.” That judge noted that Depp’s text messages stating “Let’s burn Amber,” in a sketch reminiscent of Monty Python, stem from around that time.

On Tuesday, Night told a jury that he saw nothing of the sort that night, and he founded the artist retreat and trailer park in Joshua Tree, Calif. in 2010.

“Ms. Heard went over and she said, ‘I wanna talk to you’ and seemed upset about something,” Night testified. “So I went back in the house because it was really— They went off on their own, and they, she started yelling at him. And I didn’t want to hear it. It honestly was really triggering because I’ve been in an emotionally abusive relationship before—”

Questioned by Depp’s attorney Camille Vasquez, Night said that he did not observe Depp get physical with anyone.

The following morning, Night said, he was “relieved” to find only light damage to the trailer.

“The innkeepers let me know that there was some damage in one of the trailers, and it happened to be Mr. Depp and Ms. Heard’s trailer,” Night said. “So I wanted to inspect the trailer because I was extremely worried.”

Night said that the trailers were like his “babies,” and they were staying in one of the most original, restored in a 1950s style. Heard mentioned the incident as part of a pattern of Depp allegedly trashing the places where they stayed, from California to Australia.

Ultimately, he said, the only damage he saw was to a light fixture.

“Everything else looks fine,” he said, adding that he did not even charge the stars a usual $25 fee for “anything what we call inconsiderate or unusually large messes.”

“Mr. Night, you are a pretty big fan of Johnny Depp, aren’t you?” Bredehoft said.

Night had previously testified that he only met Depp once in his life at the Viper Room, the West Hollywood club that the Fear and Loathing in Las Vegas star founded.

His denial aside, Bredehoft noted that Night interacted with one of the most pro-Depp accounts on Twitter: @ThatUmbrella, whose account holder was recently name-dropped by Depp’s attorney Adam Waldman. Now banned from Twitter for life, Waldman called Heard’s allegations “fake,” “fraudulent,” and a “hoax,” sparking the Aquaman actress’s counterclaims against Depp.

Waldman recently testified that he spoke to accounts like @ThatUmbrella just as he would the mainstream press.

“Amber was the one acting all jealous and crazy,” Night tweeted on April 21.

Bredehoft later highlighted another of Night’s tweets, this time about Musk, though she censored the profanity.

Depp’s next witness, Richard Shaw, is a psychiatrist who criticized Heard’s expert psychiatric witness for allegedly violating the “Goldwater rule,” the professional prohibition against diagnosing someone without personally examining that person.