Depp, Heard Teams Have War of Words Ahead of NBC Interview

Depp and Heard Teams Wage War of Words Ahead of NBC Interview, in Which Amber Heard Points to Piece of Evidence Jurors Never Saw 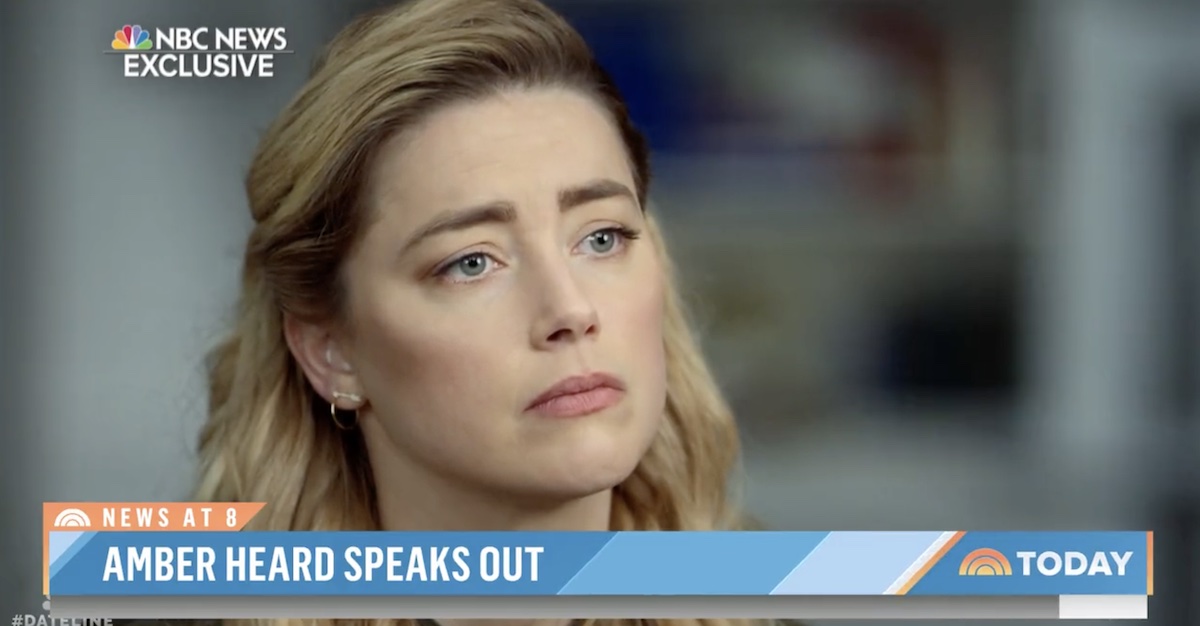 Amber Heard speaks with Savannah Guthrie about the Johnny Depp verdict and the one piece of evidence she believes would have made a difference.

A war of words has erupted between spokespersons for Amber Heard and Johnny Depp ahead of the Dateline NBC special scheduled to air Friday night, as Heard claims years-old notes from her therapist would have shown jurors Depp physically abused her before and during their marriage.

Heard produced the notes to NBC News during an exclusive interview she granted to the network after the verdict in the defamation trial.

“There’s a binder worth of years of notes dating back to 2011 from the very beginning of my relationship that were taken by my doctor, who I was reporting the abuse to,” Heard told NBC News, when asked if there was one difference-making piece of evidence she wished the jury had seen.

Ultimately, a jury awarded Depp $15 million in damages on each of his claims. Of that award, $5 million was for punitive damages, which were capped at $350,000 per state statute in Virginia. Thus, the actual award for Depp was $10,350,000. The jury awarded Heard $2 million in damages for a statement Depp’s lawyer Adam Waldman made to the Daily Mail in 2020. Waldman told the publication that Heard and her friends spilled some wine and roughed up the penthouse on May 21, 2016 before a second 911 call was placed by one of Heard’s friends who was out of state.

“It’s unfortunate that while Johnny is looking to move forward with his life, the defendant and her team are back to repeating, reimagining and re-litigating matters that have already been decided by the Court and a verdict that was unanimously and unequivocally decided by a jury in Johnny’s favor,” a spokesperson for Depp told Law&Crime.

Heard’s spokesperson responded, “If Mr. Depp or his team have a problem with this, we recommend that Johnny himself sit down with Savannah Gutherie (sic) for an hour and answer all her questions.”

Heard’s team declined to answer further questions about the therapists’ notes or the television interview.

Another portion of Heard’s interview aired Friday morning on Today. It showed Savannah Guthrie asking Heard about the fact that no other woman has ever accused Johnny Depp of domestic abuse.

In an exclusive interview with @SavannahGuthrie, Amber Heard continues to defend herself and insist that she was a victim of abuse by her ex-husband, Johnny Depp. pic.twitter.com/JRsax8cLuV

“Look what happened to me when I came forward,” Heard said. “Would you?”

Heard plans to appeal the verdict and has asked the court to seal a number of depositions that were conducted for the case. ABC News reported Thursday that an anonymous male juror said the panel felt Heard cried “crocodile tears” during the trial and believed she was the aggressor in the relationship with Depp.